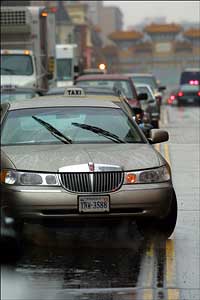 It is blindingly silver and twice the size of a normal car. The engine growls softly before it shuts down.

Of the three people who disembark from the Dodge Ram pickup truck, it is instantly obvious that not one of them is old, infirm, disabled or otherwise in need of the sole handicapped parking spot in the lot.

I’m not surprised when the driver of the truck, a guy not much older than myself, won’t talk to me when I try to inquire about his choice of parking spots.

That his choice of parking space is inconsiderate and downright rude is again, unsurprisingly, totally lost on him. He’s just another member of our increasingly selfish society.

Ellie Tesher, the Toronto Star’s internationally syndicated advice columnist said to me, we’ve left behind an age of etiquette for an age of entitlement.

It’s a world where the least amount of steps to the door is more important than respecting the rights of the handicapped.

Tesher views cell-phone etiquette, or the lack thereof, as another example.

Who hasn’t been trapped next to someone on a crowded bus or in a busy restaurant and been subjected to every detail of little Billy’s third grade play or the intricacies of Cindy’s breakup and subsequent reconciliation with Marcus.

These situations are no longer the exception but the norm. And it’s not just in parking lots and buses but everywhere people interact with each other: restaurants, rush-hour traffic, movie theatres, shopping malls.Rude customers all in a day’s work

Tran Linh is 23. She works the customer service desk at Yorkdale Mall. People yell at her a lot. They yell about fire alarm testing. They yell about stores not being where they thought they should be. You could say that getting yelled at is part of her job.

According to Linh, it is more a problem of people who just don’t like it when they’re wrong.

If we really have left an age of etiquette behind us, could this lack of courtesy be indicative of a larger problem? Tesher thinks it might be, but she remains hopeful for the future of Canadian society.

“I’m optimistic about Canadians despite the current self-absorptive trend among some, because I believe we have an inner yearning for community,” she says. “And, in real crunch times, we’ll be drawn toward each other instead of continuing to rely on self-entitlement.”