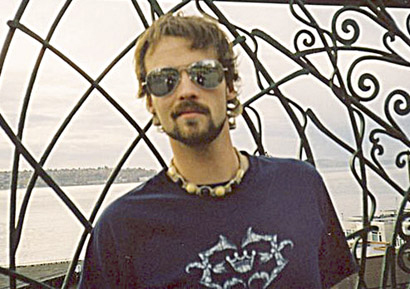 Paul Myrehaug found that taking comedy on the road through northern Alberta was no laughing matter.

Paul Myrehaug’s first thoughts when he heard the announcement did not centre on his comedic genius that swayed the judges in his favour, or the fact that he eliminated most of his debt in one evening. Rather, his mind focused on his closest friend Matt Billon and how he could repay him for standing alongside him all these years.

“[Matt] took me on the road for the first time,” Myrehaug said. “We started together in Alberta and went through all those hell shows together, so I’d give him a million bucks if I could.”

Myrehaug, 24, won Yuk Yuk’s Great Canadian Laugh Off on April 1. He battled and beat 63 other comedians over the course of a week. The top prize was $25,000 – and while it is not $1 million, Myrehaug still plans to give half of the money to Billon. His humility and generosity confuses most people, but he remains steadfast and unapologetic about his actions.

“People just can’t wrap their heads around why I’m giving half away,” he said. “But he’s just one of my best friends and I’d give him more if I had it.”

Climb to the top has not been without its bumps

Myrehaug’s climb to this pinnacle has been slow and not without its bumps. He has toured Canada for five years and has seen some of the worse crowds possible. Driving eight hours to play a $50 show in northern Alberta, only to perform to a crowd of seven people, all drunk, is the type of tests he has faced on the road.

These experiences thickened skin and taught him to craft his own delivery, rather than further emulating his favourite comedian, the late Mitch Hedberg. He attributes his success in the Great Canadian Laugh Off, and the lack of stress he had, to those early years on the road.

“I’ve played every terrible gig in Canada, so all of that prepared me for [Yuk Yuk’s] competition,” he said. “My nerves were really good the day of the finals. The only thing is that I have to have a shower before going to the show. I don’t know why. Maybe because I go through my set in the shower, but that’s the way it works out.”

Maybe the shower served to cool him down, because he was so calm and confident the night of the finals he actually used a joke he made up only a week ago that he never tested in the earlier rounds of the competition.

Ultimate goal is to tour internationally

“I had a new joke about smoking when I was 15. I wanted to throw it in and it ended up being one of my best jokes,” he said. “That’s the only way comedy can stay fun, [using new material] so you’re not selling the same crap throughout your entire career.”

Myrehaug will use this momentum as he goes to the Halifax Comedy Festival at the end of the month. He also plans to compete in the prestigious San Francisco International Comedy Competition, which has seen finalists such as Dana Cook and Ellen DeGeneres, at the end of year.

His ultimate goal is to begin touring more extensively in the U.S. and England, before moving to New York City to live. The latter is something he knows he will have to wait for, understanding the cruelty that comes with living in a city like New York.

“That’s the type of city where you should be invited to before you go down, because it can really eat you alive if you move in with no context,” he said. “But the goal is to one day live there and be a touring comedian. Comedy is what I love to do.”

For more information on Paul Myrehaug, check out his website at http://www.seadonkey.org.