For Negus Webster-Chan, the $225 required to register for the Raptors 905 local tryouts on Sept. 10 was money well spent.

The Scarborough native was selected from among the dozens of Canadian hopefuls to attend a nine-day training camp ahead of the season’s start Nov. 1. The young guard would showcase his skills together with 17 other athletes from various universities, colleges and even from international teams.

The NBA Development League (D-League) is the official minor league of the NBA. It prepares players and coaches for the NBA and acts as the NBA’s laboratory.  An all-time high 135 players with D-League experience were on NBA rosters at the start of the 2016-2017 regular season, which is about 30 per cent.

Webster-Chan made his big push for a roster spot with the Raptors 905 during an exhibition game against the Niagara River Lions in early November, where he neared a double-double. After that performance proved successful, the athlete explained that he was so caught up in playing, he got lost in the game he loves.

“I had nine rebounds, I thought I had seven,” Webster-Chan said. “That’s what happens when you just play hard and you’re not worried about your stats. You’re just having fun out there and at the end of the game, you’re surprised what your stats look like.”

Negus Webster-Chan is one of two Canadians to make the roster of the 2016-2017 Raptors 905 NBA D-League team. He spoke with Observer TV News' Andrew Wright during training camp in November about his goals, and playing close to home for the first time.

The 23-year-old basketball player isn’t losing sight of the NBA, though. It’s a goal that has fuelled his work ethic throughout his career. It’s a quality that has also caught the attention of Raptors 905 head coach Jerry Stackhouse.

“You got a list of whatever you tell him to do, he’s going to try and do it the next time,” Stackhouse said.

Webster-Chan has had an interesting route to the D-league. After playing for Missouri and transferring to Hawaii, he returned to Canada to play a short stint with the Halifax Hurricanes in the National Basketball League of Canada (NBL). While his new 905 jersey doesn’t match the 416 tattoo on his arm, it will be the closest Webster-Chan has played to home since high school.

“Mississauga is right outside of Toronto so it feels great to be playing for my city,” he said.

Webster-Chan joins another Canadian, Brady Heslip from Burlington, Ont., on the Raptors 905 roster. Heslip played for the Sacramento Kings’ NBA affiliate, the Reno Bighorns, in the 2014-2015 season.

Greg Morrow, another Canadian selected from open tryouts, will be taking a different path this season. The Raptors 905 management decided to waive Morrow, but he did have some insurance. The London, Ont., native was selected first overall in the NBL’s all-Canadian draft by the Kitchener-Waterloo Titans. He’ll be suiting up with them this upcoming season.

While Morrow was excited for the opportunity to play in the D-league, he was well aware of the potential benefit of playing for the Kitchener-Waterloo Titans.

Greg Morrow, the London, Ontario basketball star, formerly of the Western Mustangs, spent two weeks trying to make the cut of the only Canadian D-League team in the NBA. He spoke to the Toronto Observer's Carmen Tortorelli about the experience, and his Plan B.

Stu Julius, the current general manager of the Titans, has seen what Morrow can do. He remembers Morrow from his marquee college days playing for Western University’s Mustangs, where the small forward earned the nickname “Greggy Franchise”.  Morrow averaged nearly 22 points a game.

Admitting to a slight bias, Julius explained how the NBL could offer playing time that the Raptors 905 may not.

“There’s one thing to make the D-league, but if you’re not going to play [many minutes] and contribute, that’s not necessarily going to help your game.”

As far as Morrow’s skill set goes, Julius was impressed with his physicality in the lane, something he said was necessary in the NBL. In the coming season, he was hoping to develop Morrow’s outside shot, practically a prerequisite in today’s NBA. The way Julius sees it, the NBL offers the next level in competition for college and university players striving for that NBA dream. His advice for Morrow and others like him: Don’t rush.

“They have to be a little bit patient,” Julius said. “They have to learn to play at the next level before those other things occur.”

Also new to the Raptors 905 is head coach Stackhouse, who spent last season as an assistant coach for the Toronto Raptors. Stackhouse played 18 seasons in the NBA with eight different teams throughout his career. He credits his playing days both as rookie and veteran for leading him to become the coach he is today. As a veteran, Stackhouse gravitated towards younger players on his NBA teams, something he said he wished had happened to him when he was first drafted to the Philadelphia 76ers.

“There were other veterans who were still trying to carve out another year or two in the league and they don’t want to help a young rookie. I told myself at that point that I would never be that guy,” Stackhouse said.

Head coach Jerry Stackhouse is new to the Raptors 905 team. He spent last season as an assistant coach for the NBA's Toronto Raptors. Stackhouse played 18 seasons in the NBA with eight different teams throughout his career. During the recent tryouts for the Raptors 905 team, Stackhouse talked about how his playing days both as rookie and veteran led him to become the coach he is today. Credit: Nathan Vaz, Andrew Wright and Carmen Tortorelli

While Stackhouse says both he and the organization see eye to eye on most of the talent on the roster, he admits that it’s an advantage to regularly participate in practice.

“I don’t knock advanced scouts for what they do, but you can’t tell me about a basketball player when I can get on the court and I can feel it myself and know what he can do,” Stackhouse said. 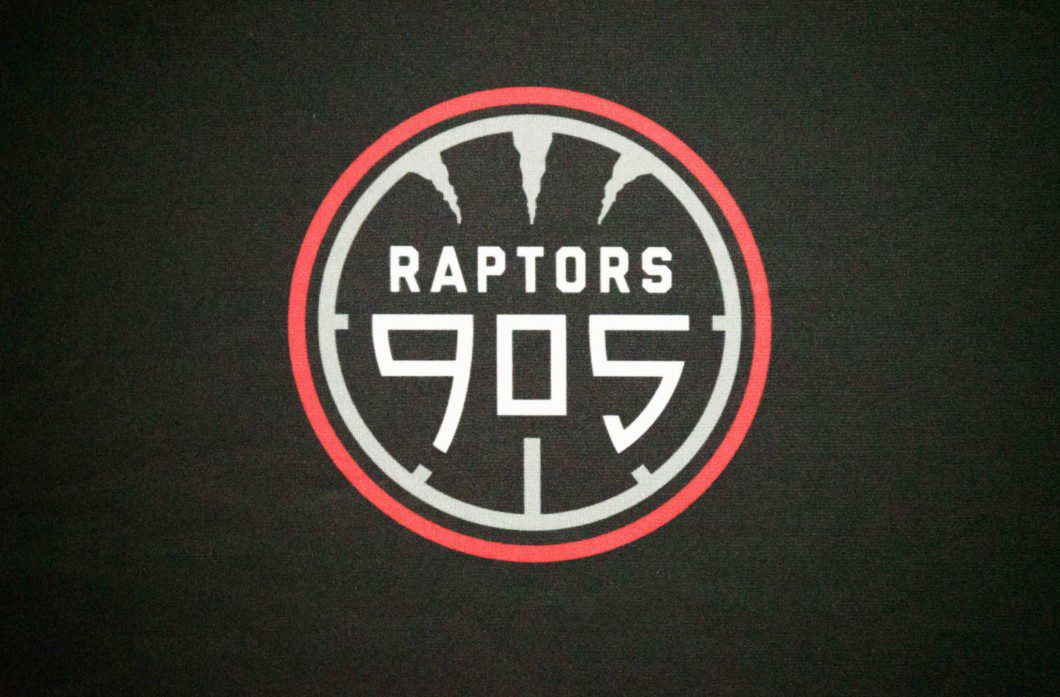 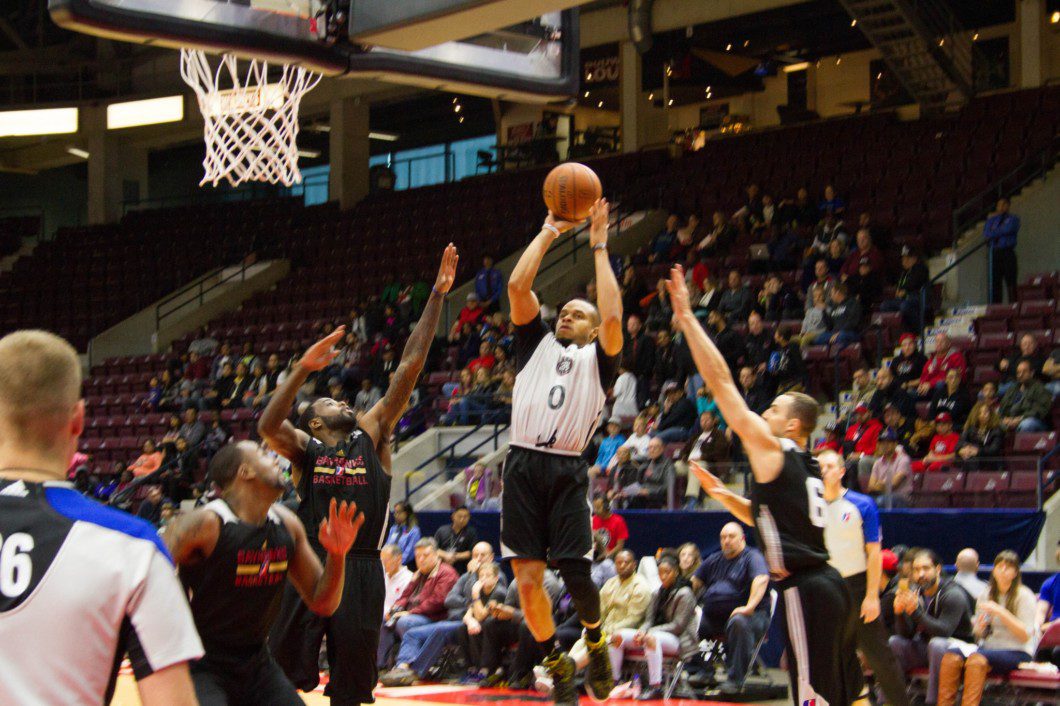 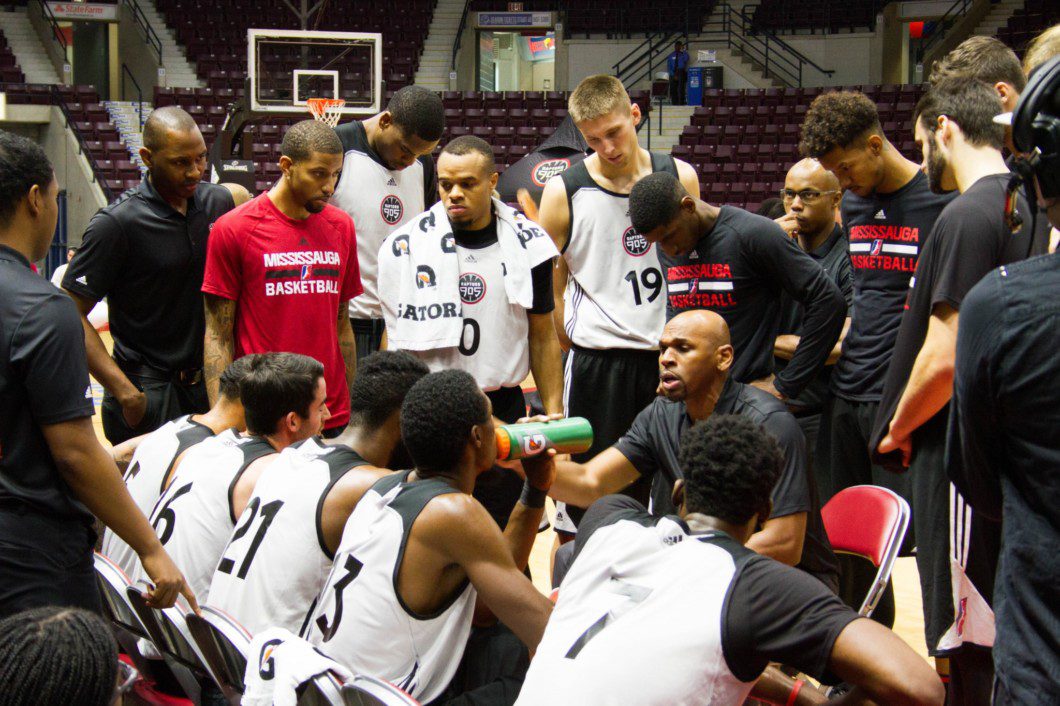 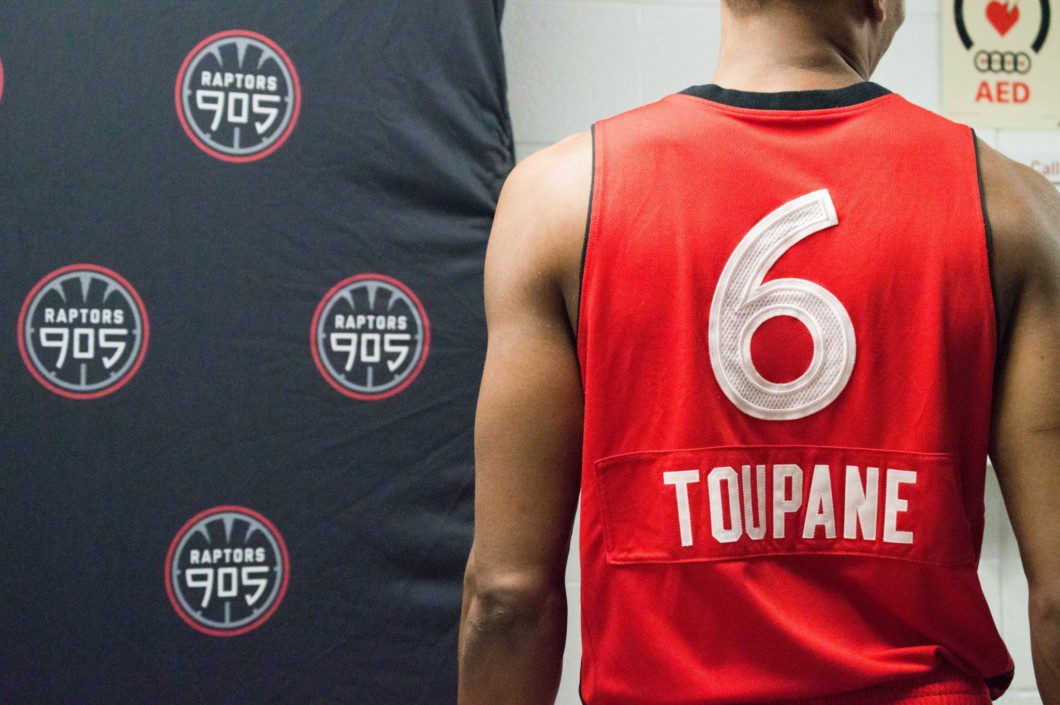 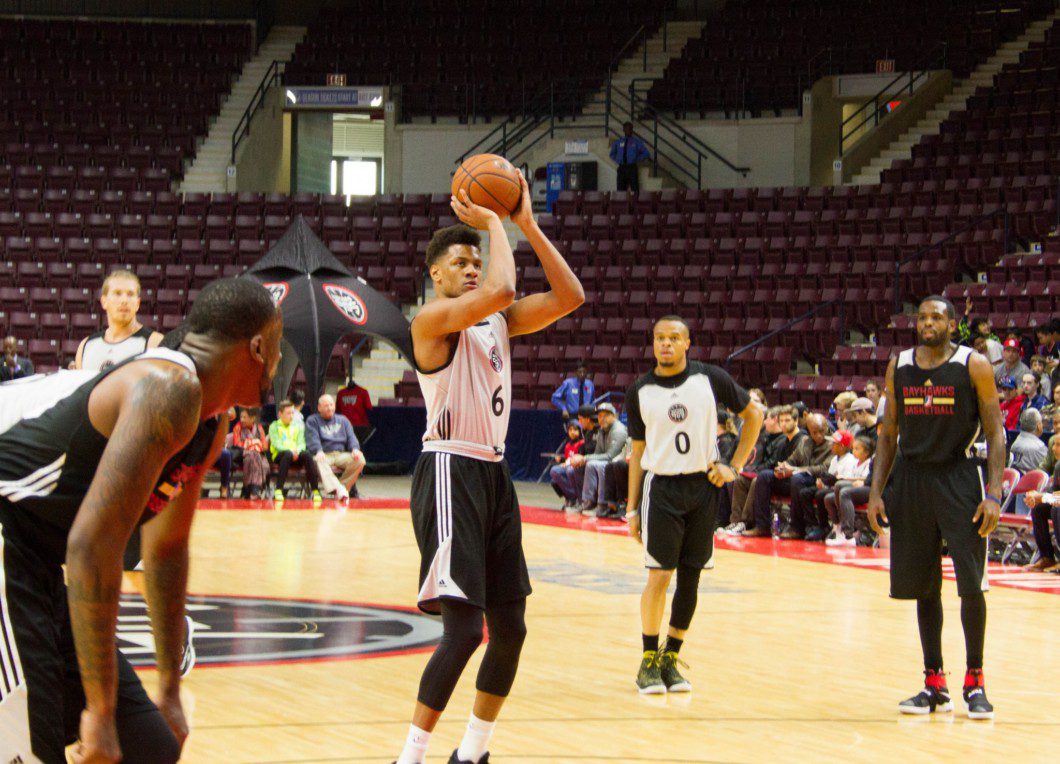 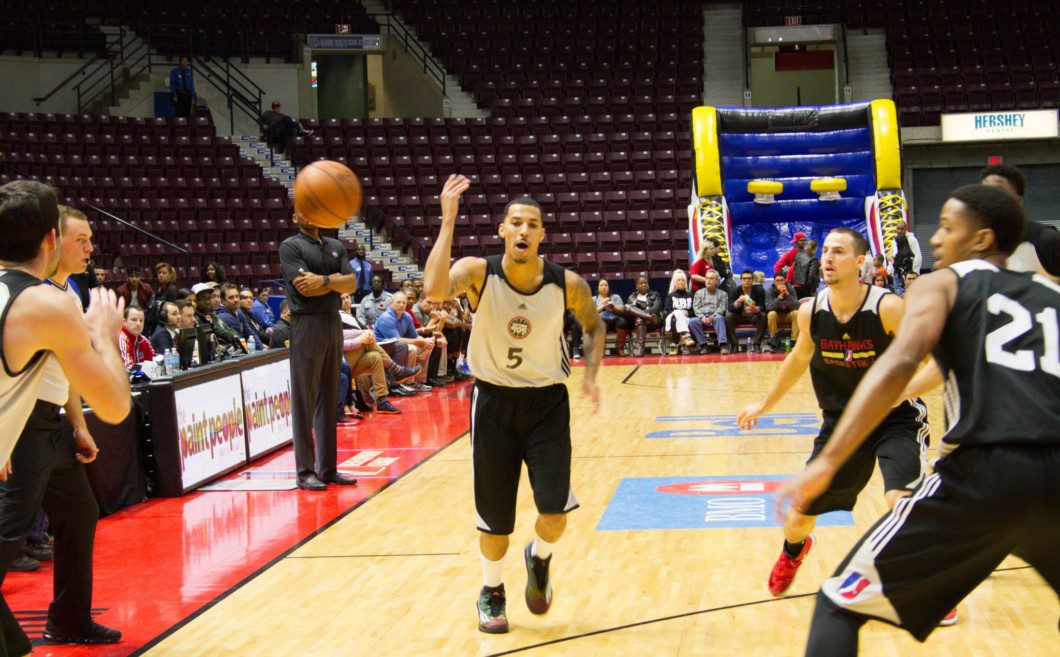 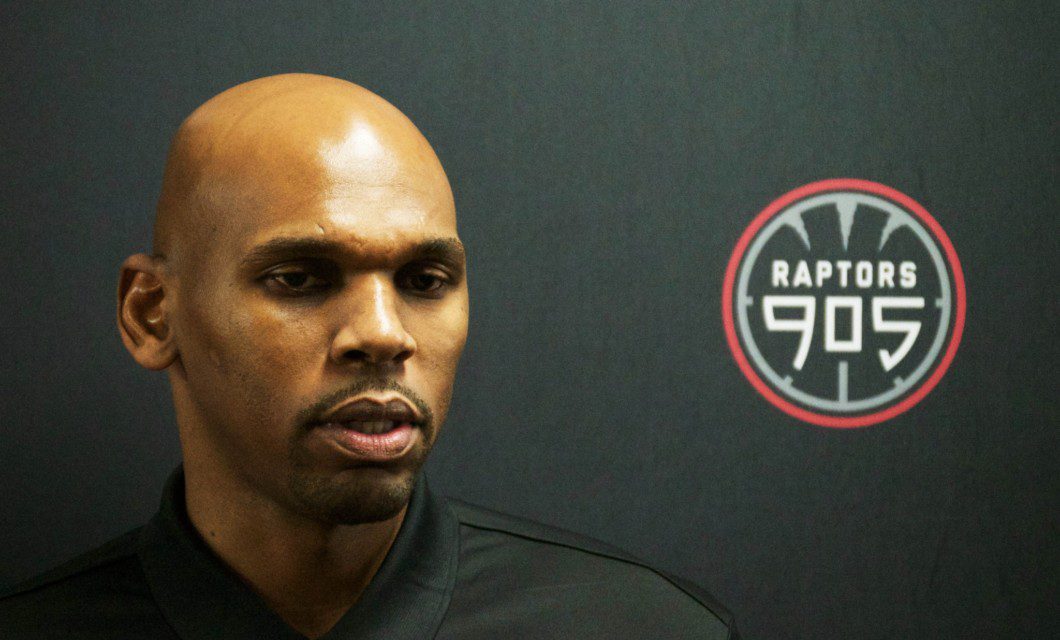 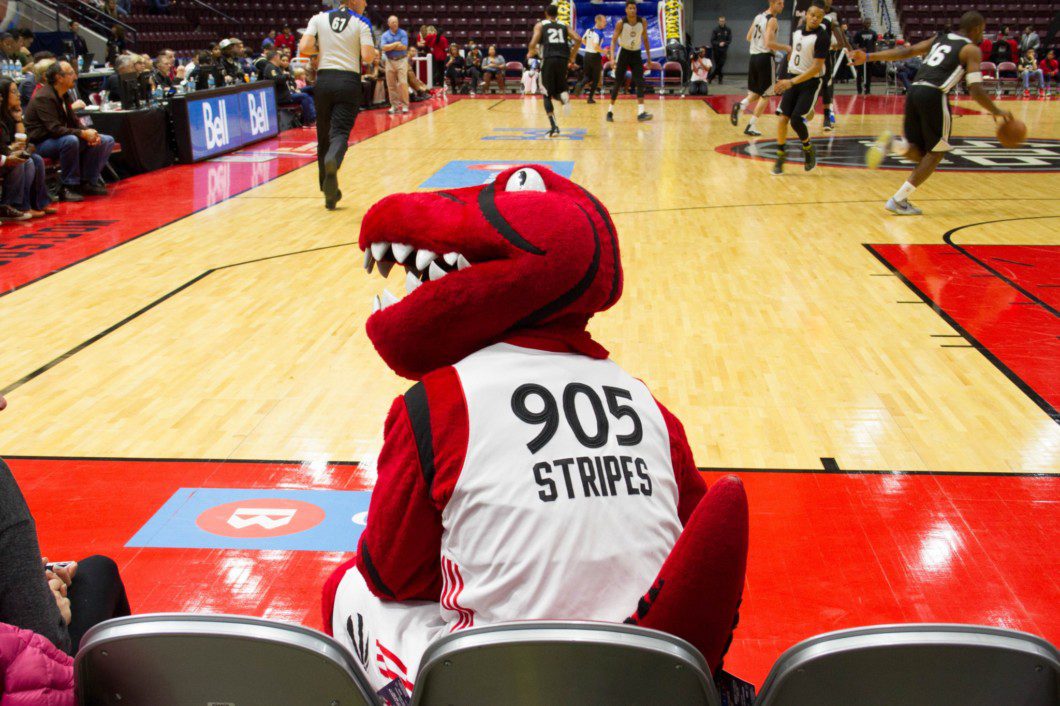 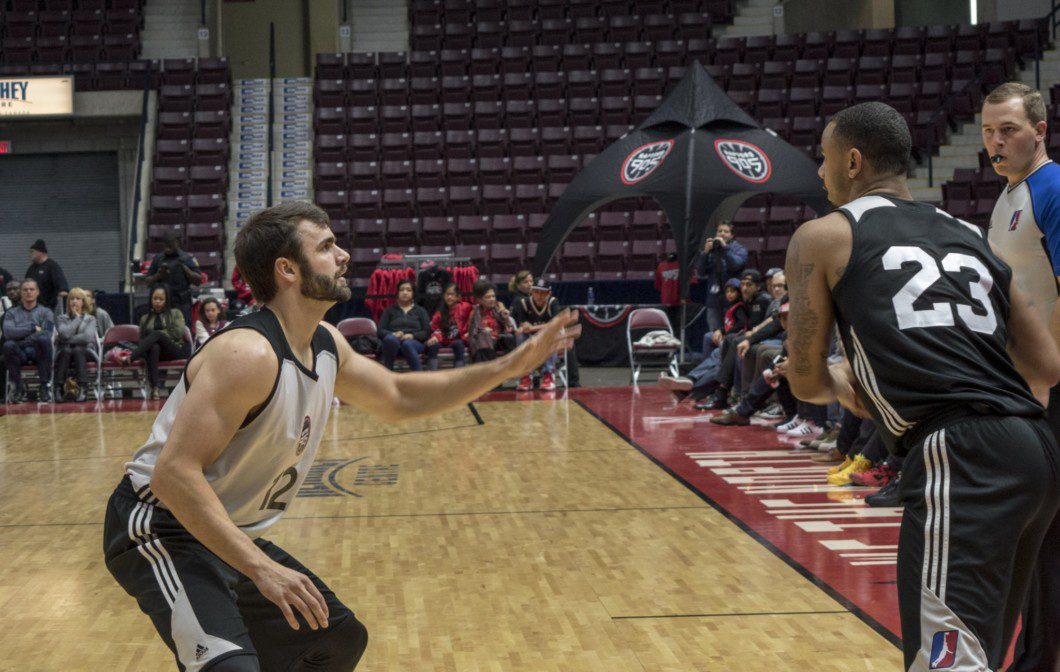 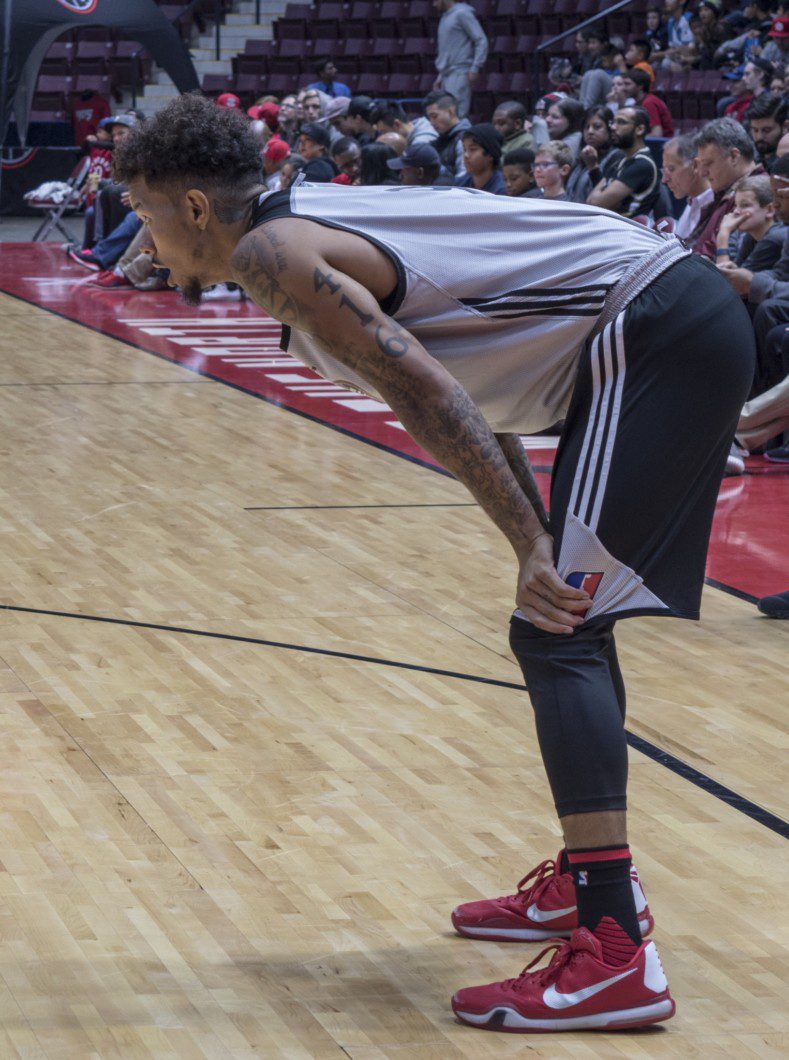 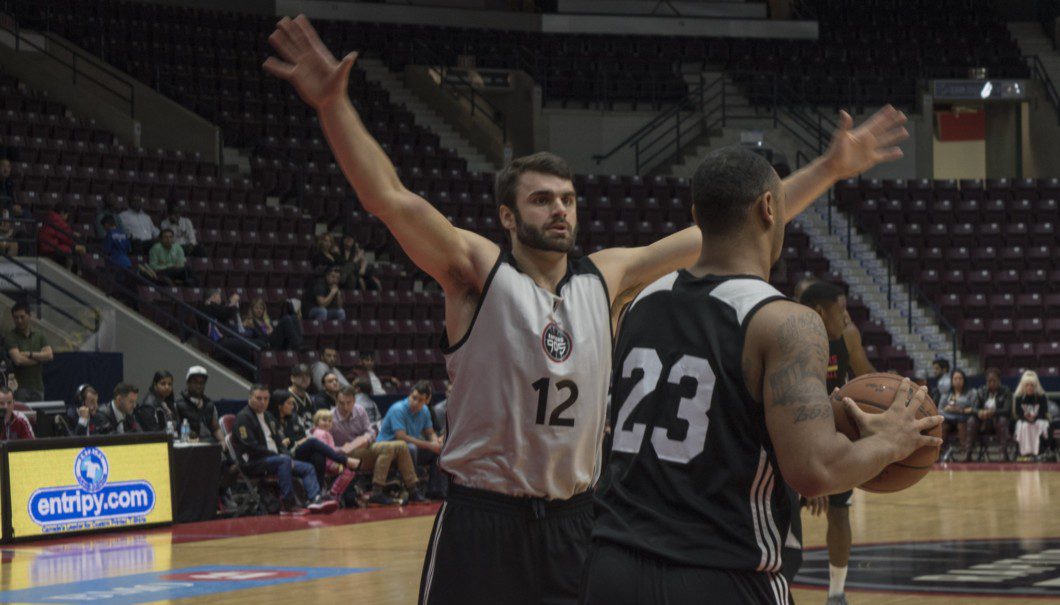 In their inaugural season in 2015-2016, the 905 finished with a 23-27 record. They are looking to bounce back with a playoff push in 2017, although general manager Dan Tolzman says that winning was peripheral to their main goal.

“Until the D-League takes on a 30-team look, the goal is to have our guys showcased around the league, to give other NBA teams a chance to pluck from our system,” Tolzman said.

The team will also be a hub for NBA prospects like Brazilian forward, Bruno Caboclo, who the Raptors drafted in 2014 at the age of 18-years-old.

The Raptors 905 are the first team outside of the United States to be part of the NBA D-League. They are scheduled to play home games at both the Hershey Centre in Mississauga and the Air Canada Centre in Toronto.