Some fans enjoyed themselves at the free viewing parties outside the Air Canada Centre, while some within the hockey community, including amateur players who might be expected to feel a deeper connection to the event, were lukewarm.

International Fans Excited for the World Cup of Hockey

The World Cup of Hockey at the Air Canada Centre in Toronto, attracted fans from Finland, Sweden and Czech Republic, among others. Many traveled all the way from their home countries to support their home teams.

“This is a great opportunity,” said Rasmus Astrom, a fan of the Swedish team. “I just moved to Canada from Sweden and the first thing that happens is World Cup of Hockey. I am super excited about it.”

“Just like in Canada, hockey is our national game in Finland so the expectations are pretty high,” said Vesa Rantanen, sports editor of USanomat, in Finland. “The level of game is pretty high in this tournament, but obviously everyone in Finland is expecting them [Team Finland] to advance in [the] finals.”

Fans of the World Cup of Hockey traveled to Toronto from Europe and elsewhere to cheer on their favourite teams. Toronto Observer's Ali Naqvi caught up with some of them. 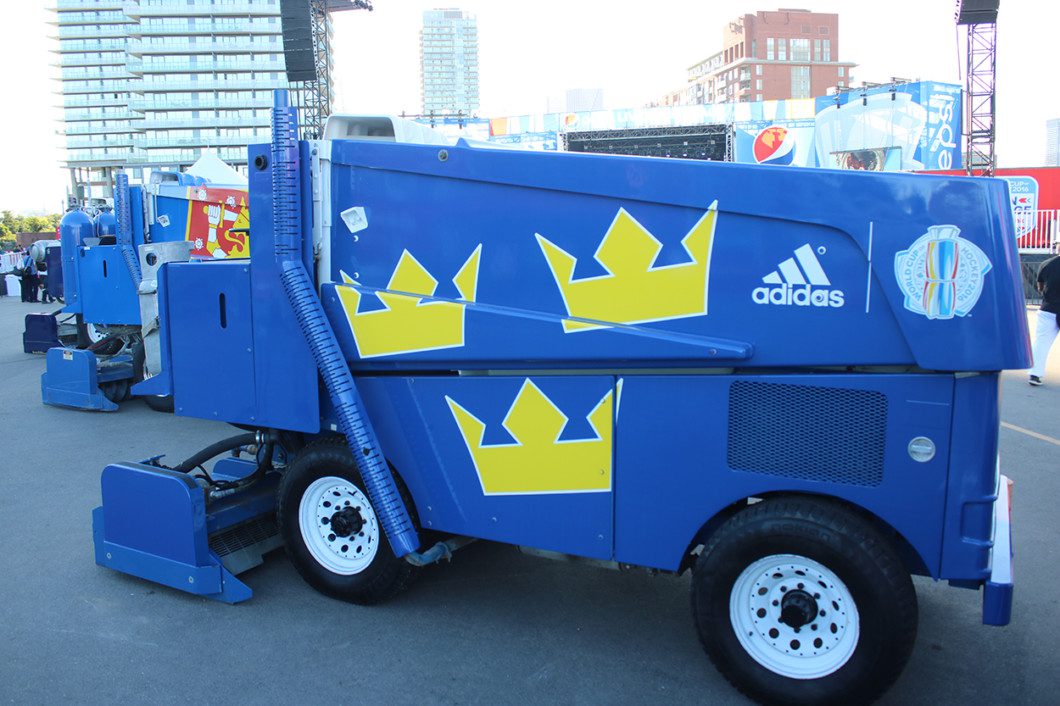 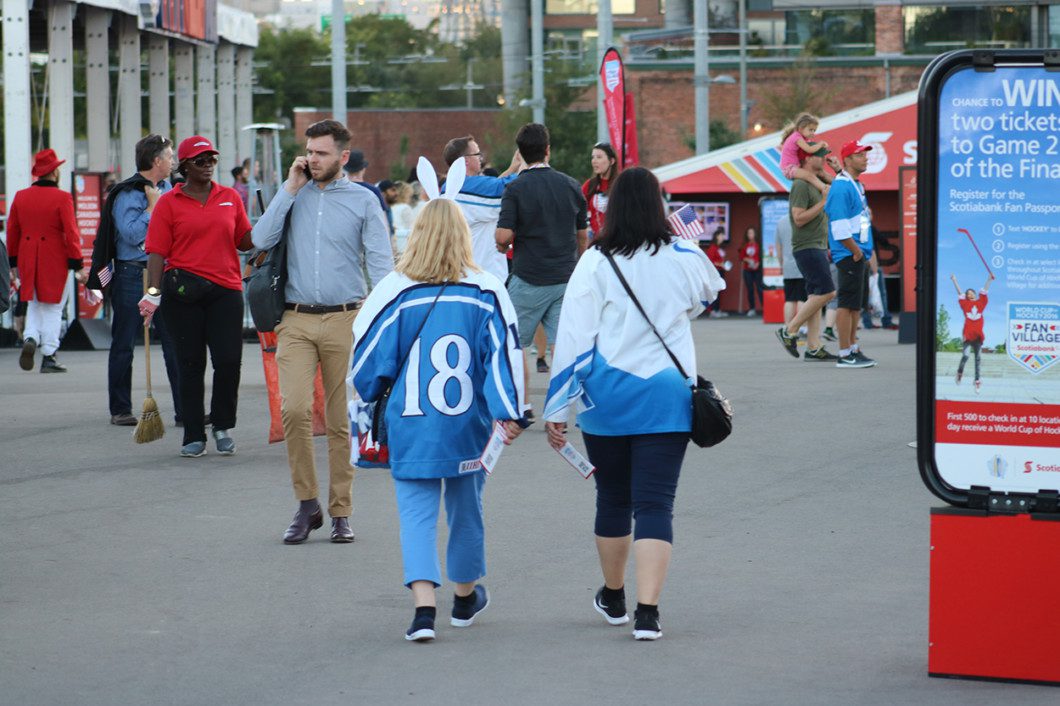 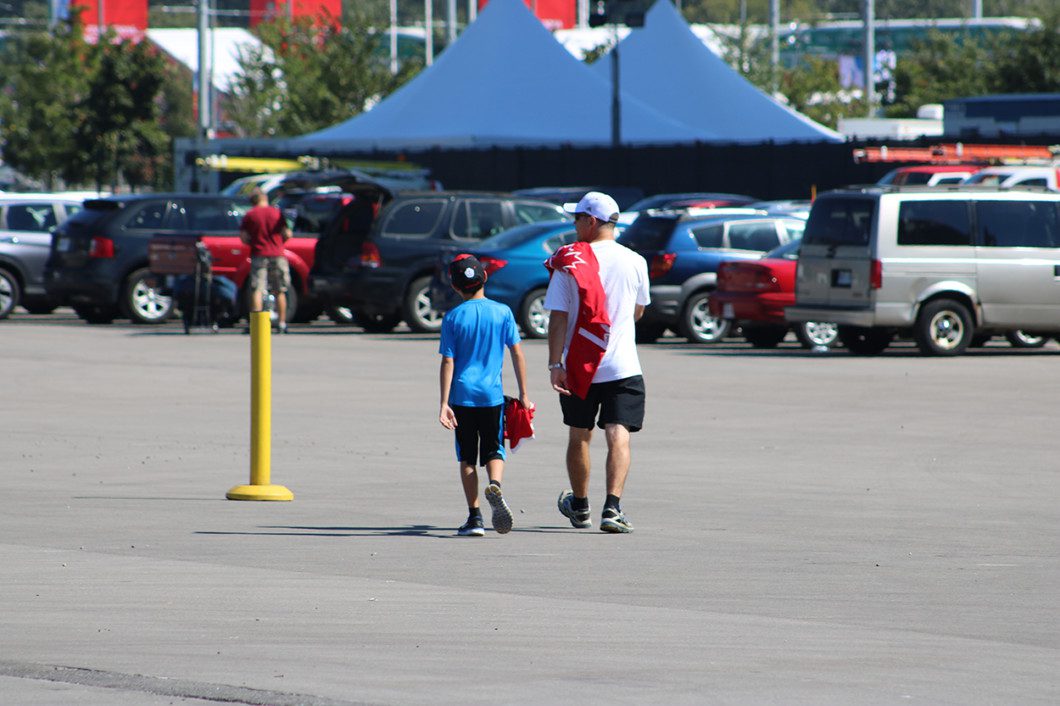 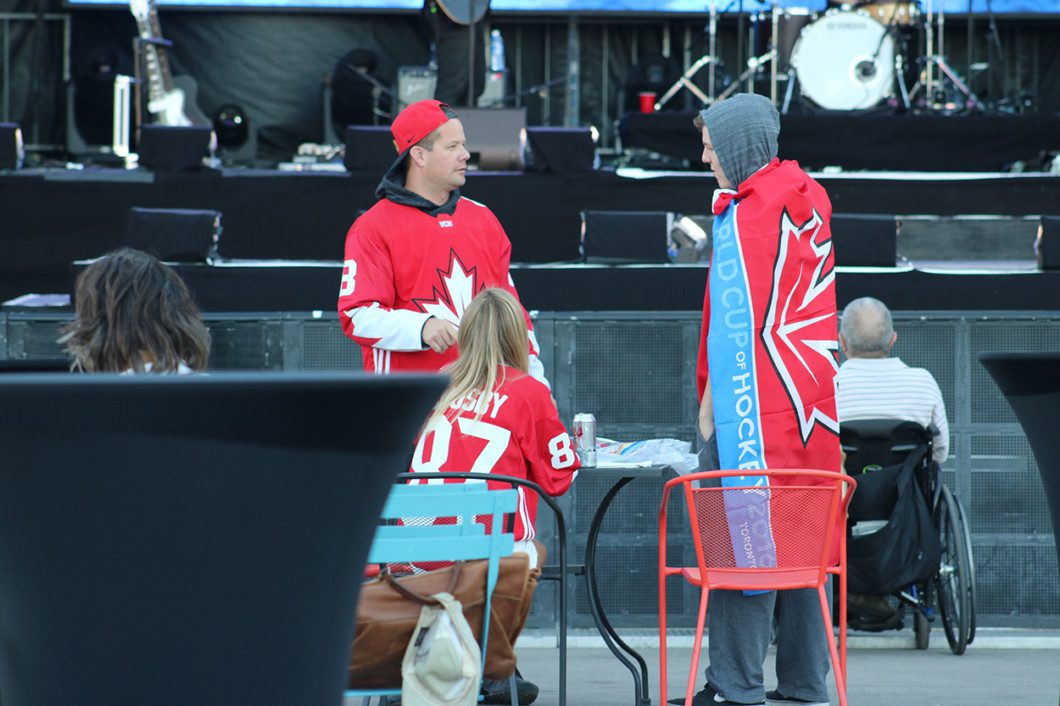 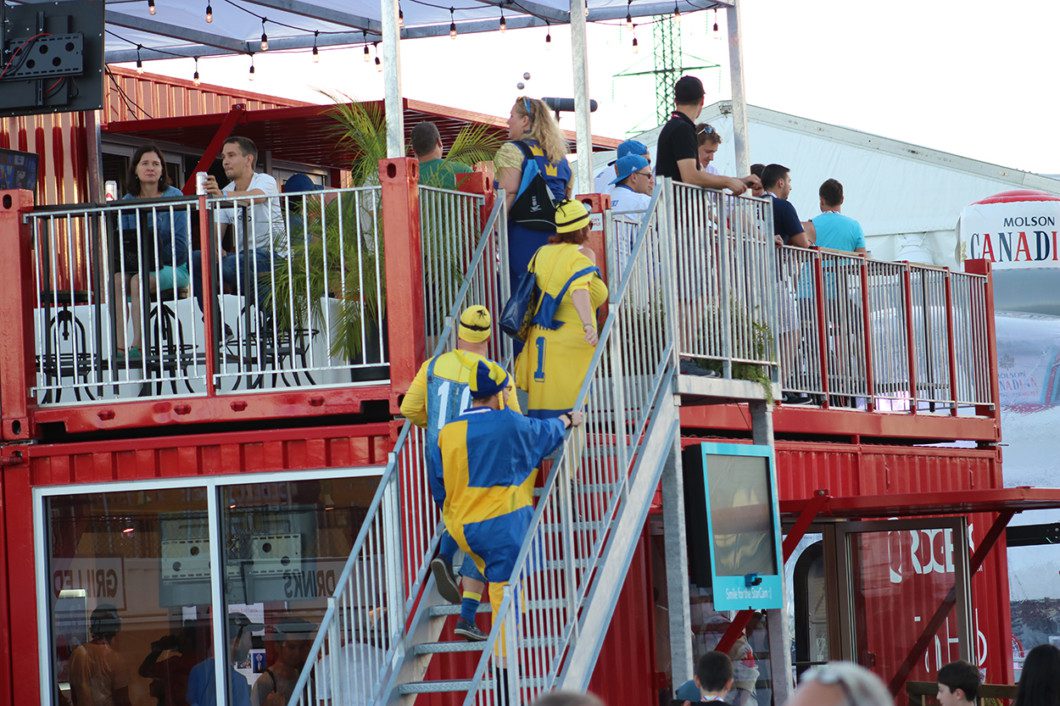 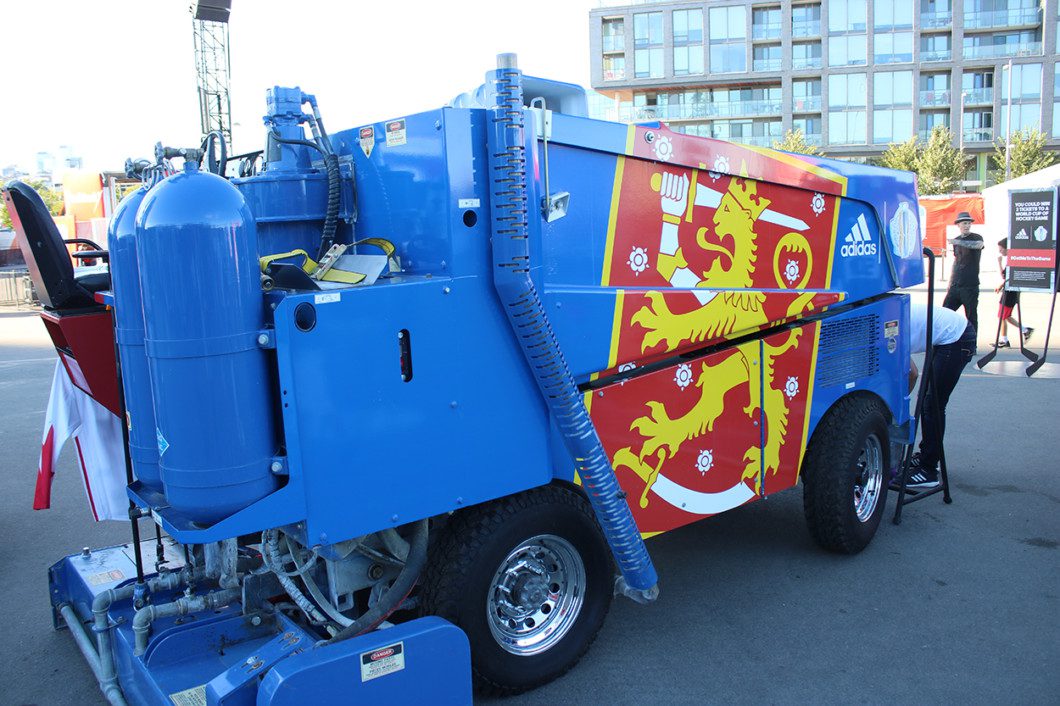 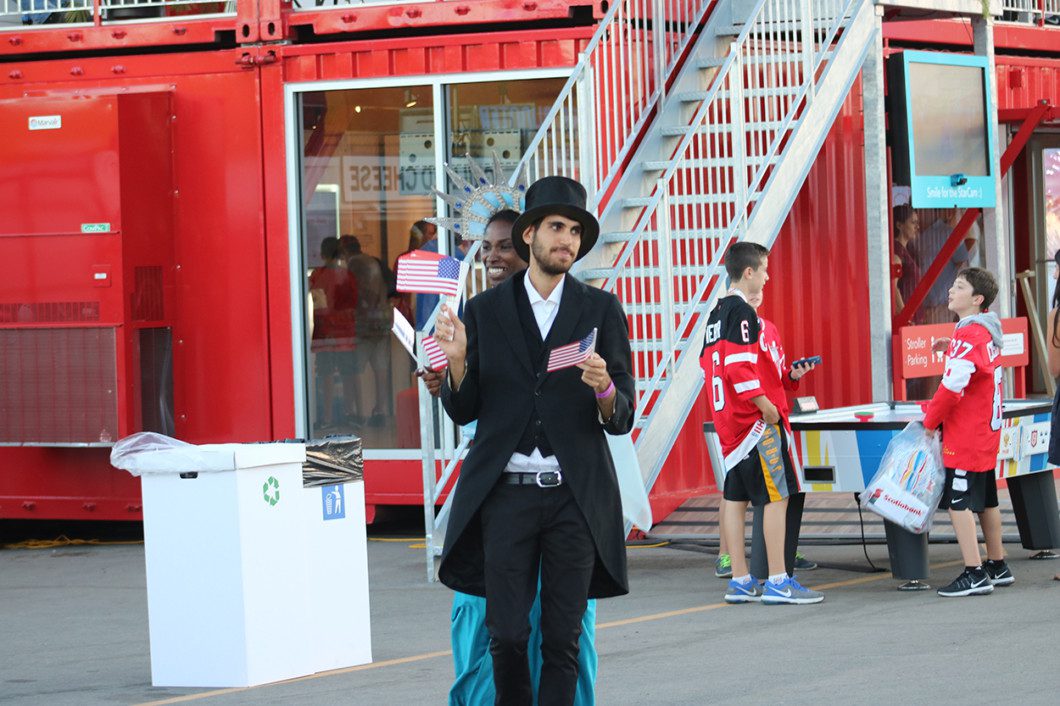 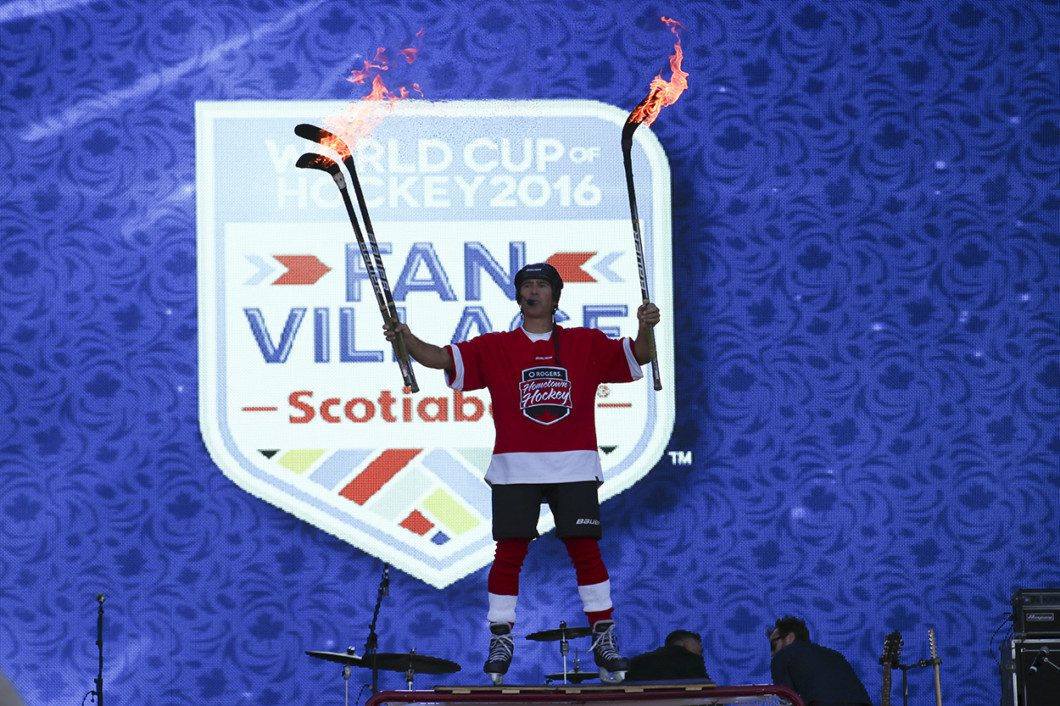 The fan experience during the 2016 World Cup of Hockey at the Distillery District in Toronto.

The Scotiabank World Cup of Hockey Fan Village was home to several events throughout the tournament. Toronto Observer's Austin Owens and John Morta went down to take in the attractions and to watch Team Canada play Team USA.

The World Cup of Hockey has now spanned several generations. Fans that were around for the 1987 Canada Cup remember Wayne Gretzky setting up Mario Lemieux for the game winning goal to win the tournament. Younger fans will remember Canada losing to the United States in 1996. With the last tournament taking place in 2004, some fans’ fondest memory of Team Canada hockey is Sidney Crosby’s golden goal during the 2010 Vancouver Olympics. With the newest iteration of the international tournament, new memories will be made for a new generation. We asked fans at the Scotiabank Hockey Village for their favourite Canada Cup or World Cup of Hockey moment.

The 1976 Canada Cup featured a roster filled with stars from around the Globe. Canada had several stars like Bobby Clarke, Phil Esposito, Darryl Sittler, and Bobby Orr. Lanny McDonald was also a member of the 1976 team. He played on a line with Sittler and Marcel Dionne during the tournament. Now retired, the Stanley Cup-winning forward was at the Scotiabank Fan Village for the showdown between Team Canada and Team USA. Toronto Observer’s Austin Owens and John Morta asked the star about his favourite Canada Cup moment, his thoughts on the Canada-USA game and what the rivalry means to him.

The World Cup of Hockey returned for the first time in 12 years. The World Cup of Hockey, formerly the Canada Cup, was created in 1976 by a group headed by then-NHL Players’ Association executive Alan Eagleson and Harry Sinden, a long time Boston Bruins executive. The tournament was created to allow professional hockey players an opportunity to compete internationally. At that time, the Olympics and World Championships were for amateurs only, which meant NHL players could not compete.

History of the Canada Cup and World Cup of Hockey

The 2016 World Cup of Hockey took over Toronto in September. Here’s a look back at how the whole thing got started, including a name change and some Canadian highlights and lowlights along the way:

Largely inspired by the attention received during the 1972 and 1974 Summit Series between Canada and the Soviet Union.

Since professional hockey players in North America were not eligible to participate in the Olympics at the time, the inaugural Canada Cup would offer the first true international competition featuring best-on-best hockey talent from across the globe.

Attempting to maintain their hockey supremacy, Team Canada was embarrassed by the Soviet Union in the final, losing an 8-1 blowout.

Team Canada featured a stock of players from the Edmonton Oilers and New York Islanders – bitter rivals from previous years’ Stanley Cup Finals. Canada overcame personal tensions among teammates that lead to a mediocre start to the tournament and ultimately was victorious.

The tournament was highlighted by one of the most famous goals in Canadian hockey history – The Great One setting up the Mario the Magnificent.

Wayne Gretzky was knocked out of the tournament in Game 1 of the final after U.S. defenceman Gary Suter crushed him into the boards from behind. If knocking out Gretzky was part of the American strategy, it didn’t work.

After the NHL lockout of 1994-95 the sport re-introduced the Canada Cup, rebranding it the World Cup for a more global appeal.

The golden generation of American hockey players such as Mike Modano, Keith Tkachuk and Mike Richter were too much for Team Canada. The 2016 Team USA has referenced the ’96 team as one they are trying to emulate this time around.

After a hiatus due to NHL players returning to the Olympics in 1998 and 2002, the World Cup popped back up again as another opportunity for best-on-best competition prior to another looming NHL lockout.

The 2016 tournament garnered mixed reviews and inconsistent attendance.  Some fans enjoyed themselves at the free viewing parties outside the Air Canada Centre, while some within the hockey community, including players who might be expected to feel a deeper connection to the event than the average fan, were lukewarm. Two members of the University of Waterloo Warriors hockey team sat down with the Toronto Observer’s Daniel McKenzie to review the tournament.