LAKELAND, FLA. – Most afternoons in March, Joker Marchant Stadium in Lakeland could easily be mistaken for any number of places in Michigan. Ask most waiting in line for the gates to open and you’ll hear the cities of Grand Rapids, Detroit, and numerous smaller towns roll off their lips.

For Detroit sports fans in Lakeland, Mike Ilitch’s presence can still be felt.

The late owner of the Tigers for over two decades brought the team to the World Series in 2006 after it suffered its worst record in team history just three years prior.

”He’s the sports god,” said Chris Renehan, a long-time Tigers fan. “This is a guy who started a pizza store in Garden City, (a Detroit suburb) one store and he turned it into a billion-dollar business.”

Renehan has attended Tigers spring training games for 35 years and is impressed with how Detroit has improved because of Illitch.

“He’s revitalized the middle part of downtown Detroit. I’m from the suburbs but I like to go downtown and now other people like to join me.”e me to old Tigers Stadium,” said Marv Andringus, a retiree from Grand Rapids and a Tigers fan for 60 years. “I remember seeing Ted Williams, Mickey Mantle and some of those guys play.

“My dad used to take me to old Tigers Stadium,” said Marv Andringus, a retiree from Grand Rapids and a Tigers fan for 60 years. “I remember seeing Ted Williams, Mickey Mantle and some of those guys play.”Fans of all ages come to watch the Detroit Tigers play in the Grapefruit League every spring, and many like Andringus have travelled from Michigan as part of a yearly tradition with their families.

“We’ve been coming down here since 1979,” said Andringus. “One of my favourite experiences was going to downtown St. Pete to the old Al Lang Field. That’s where the (Tampa Bay) Rays used to practice. That was such a neat setting, right there on the water.”

A Tigers’ enthusiast, now in his 35th straight year in Florida, shares his passion for the game with his family that now includes his grandson.

“Well, I brought my dad, then I brought my son and now I got my grandson,” said the long-time fan. “It’s a family tradition.”

The intimate nature of spring training allows fans the opportunity to be closer than ever to their favourite players.

Whether kicking back in the colourful array of Adirondack chairs or catching some sun on the open lawn, the experience captures the laid-back atmosphere of spring baseball.

A new scoreboard, additional sheltered seating, more sponsored bars, fan zones and US $40 million in renovations are improving the Tigers’ Grapefruit League experience for both players and fans.

Since 1934 the Tigers have called Lakeland their spring training home, the longest running partnership between a city and a Major League Baseball club. Joker Marchant stadium has housed the Tigers since 1966, but the children’s fun park, 27-foot inflatable Tiger, and modernized training facility is in only its first spring.

The renovations include extensive upgrades to minor-league and practice facilities, including an observation tower, new artificial turf for one of the four fields, and a 9,000-square-foot air-conditioned batting cage. A new rehabilitation facility also has been erected and will house state-of-the-art equipment to aid in injury recovery.

While the Toronto Blue Jays are playing in an older and smaller park with a scoreboard that looks like it came from a local high school, the renovated Lakeland stadium features a 46-foot-wide high-definition video and scoreboard, a modern sound system, and an outfield bar.

The Tigers hope the updated stadium will help create new memories and traditions. 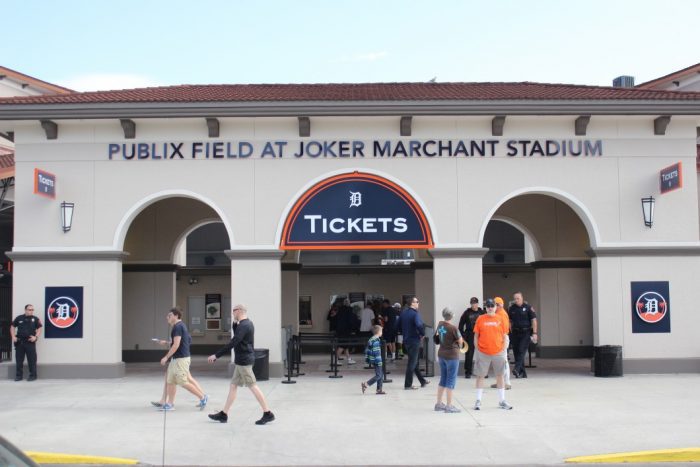 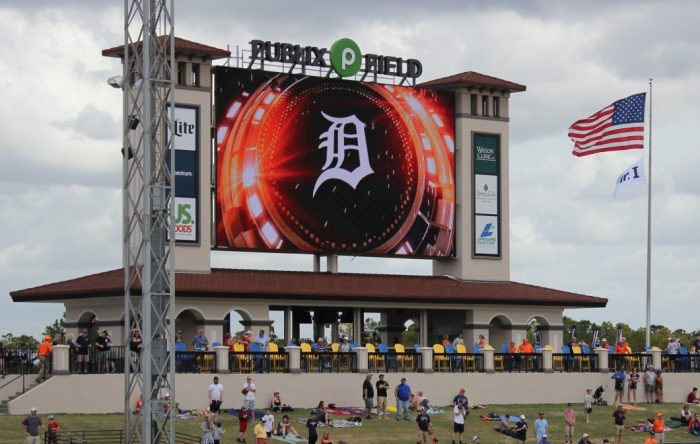 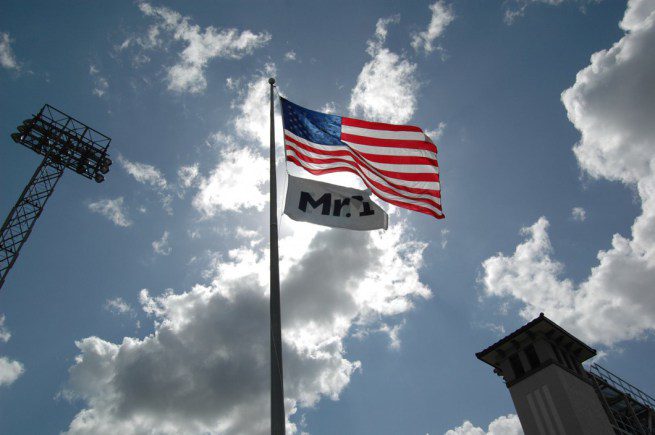 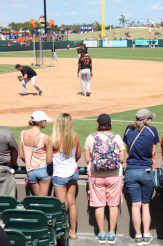 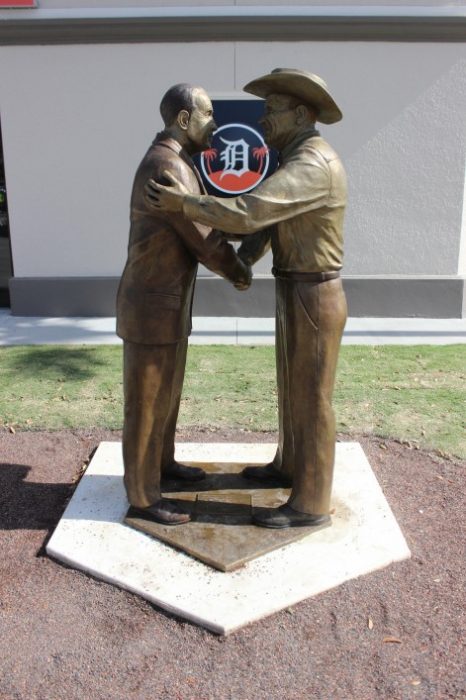 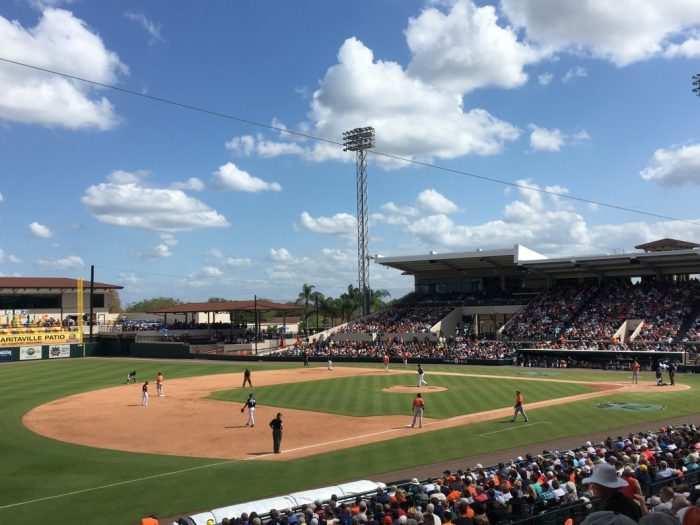 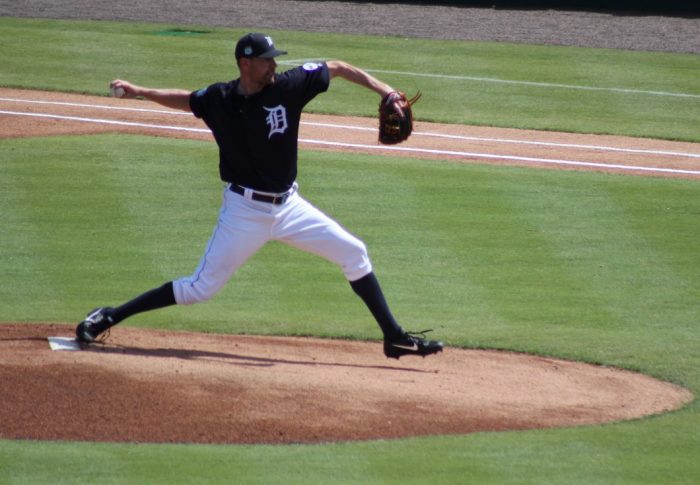 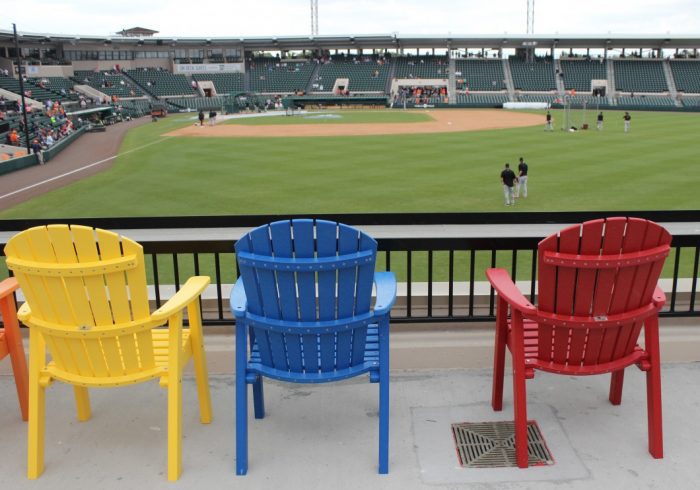 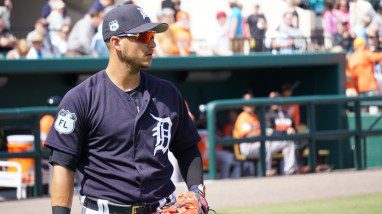 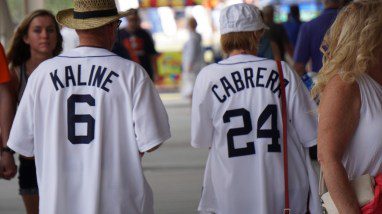