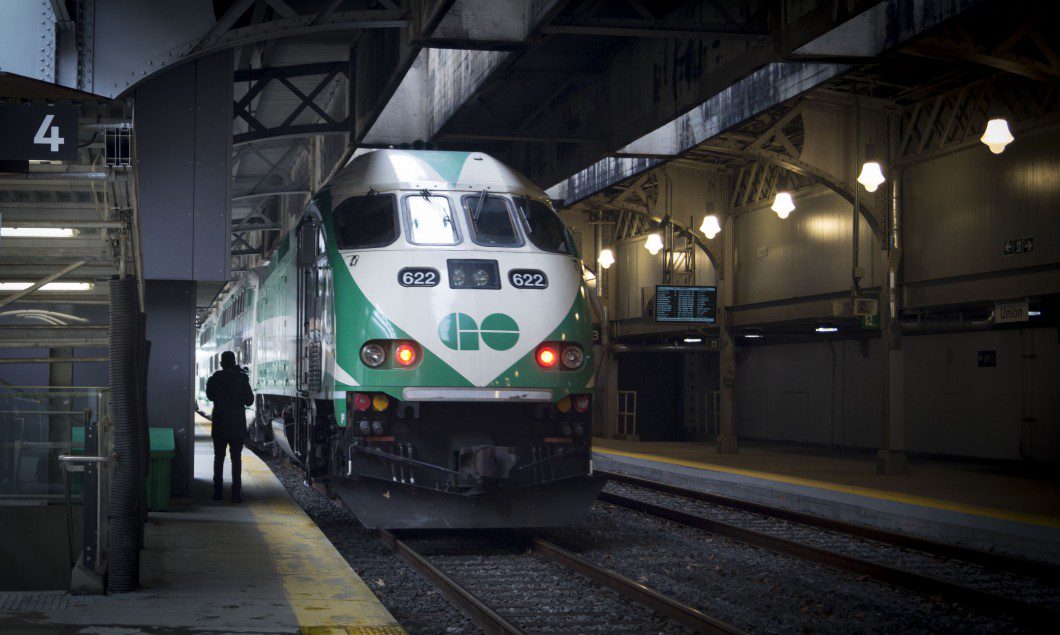 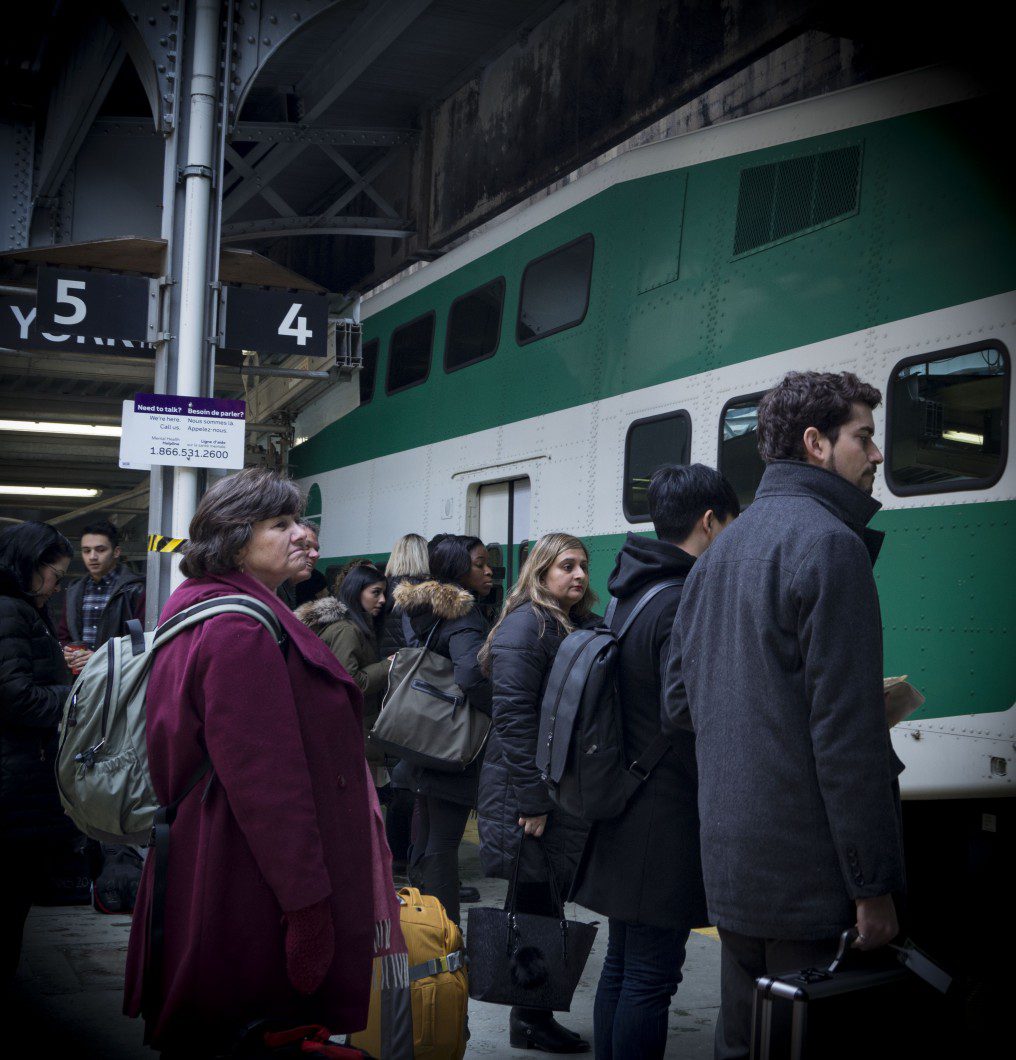 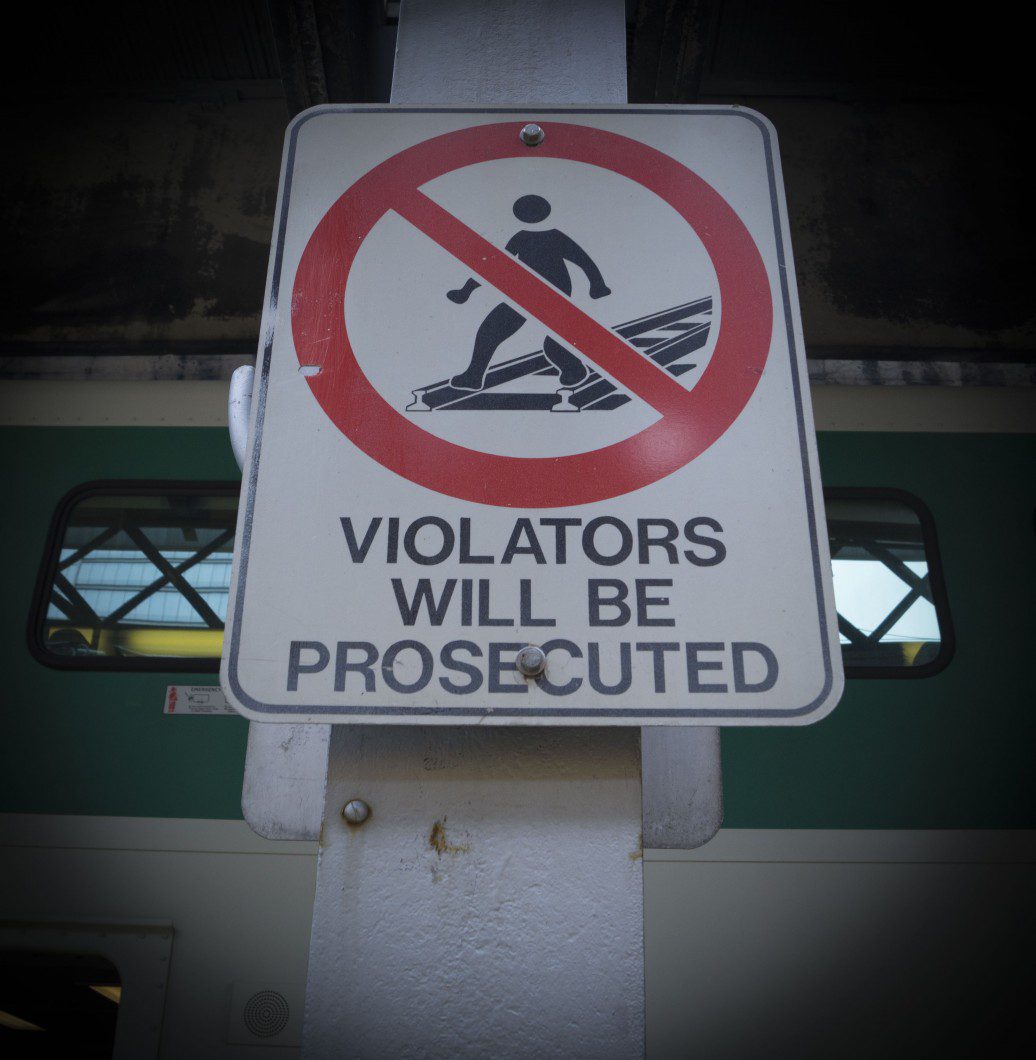 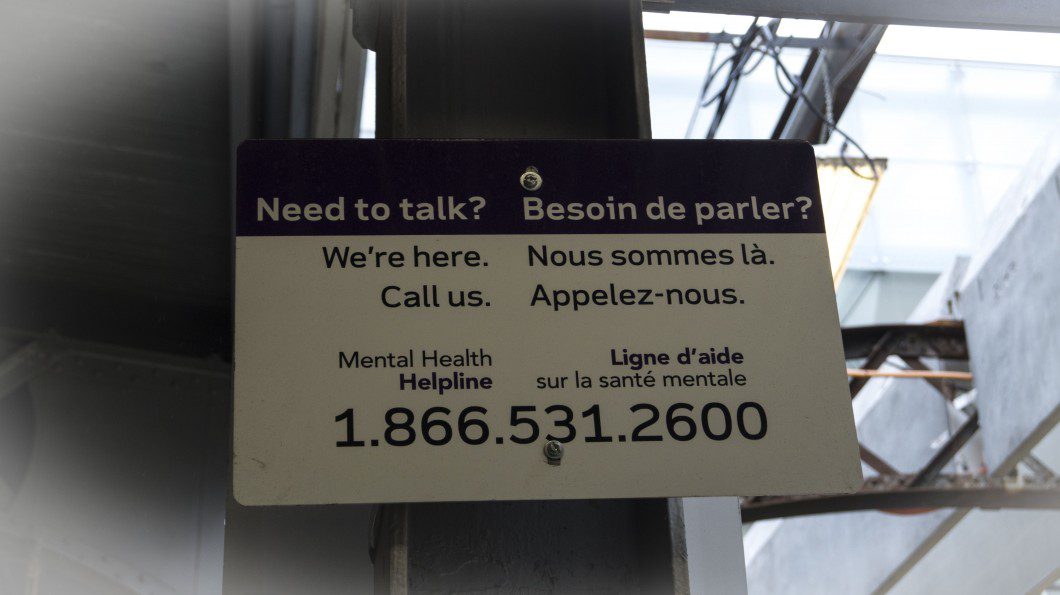 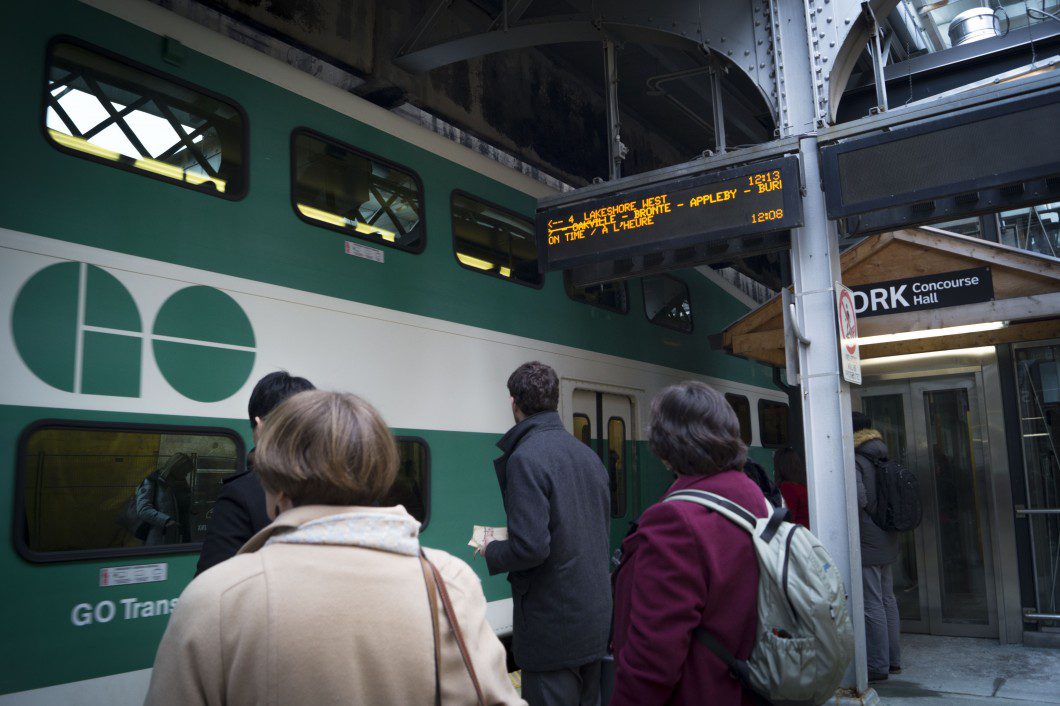 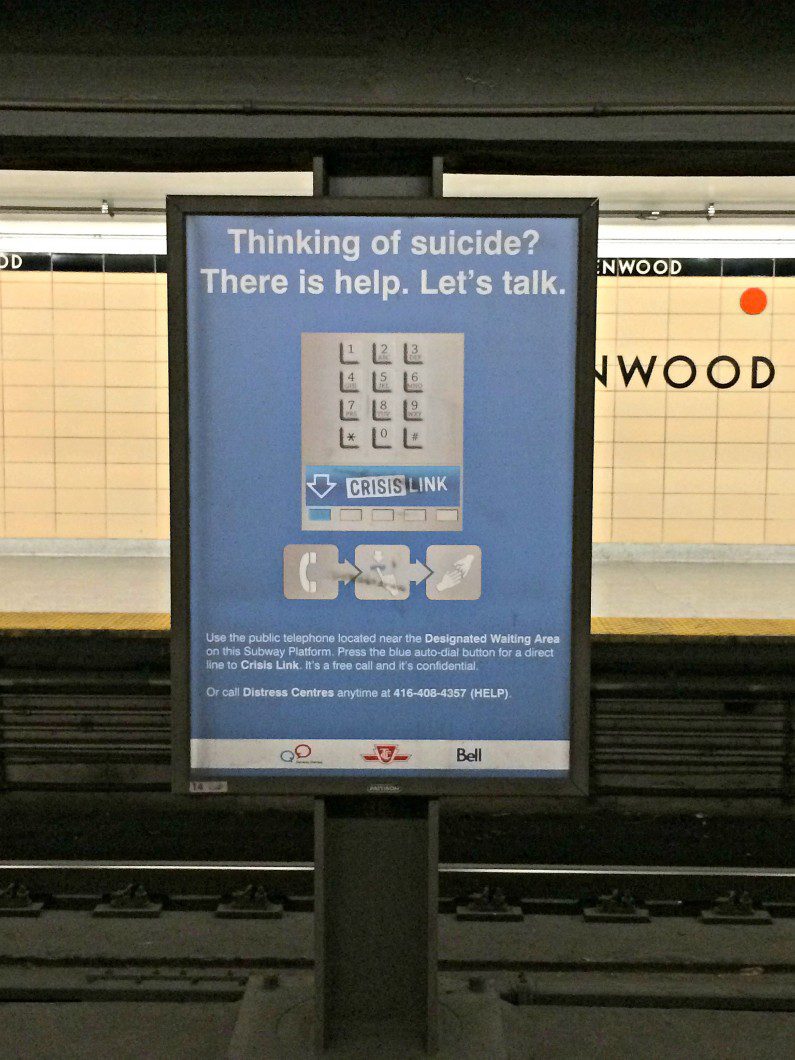 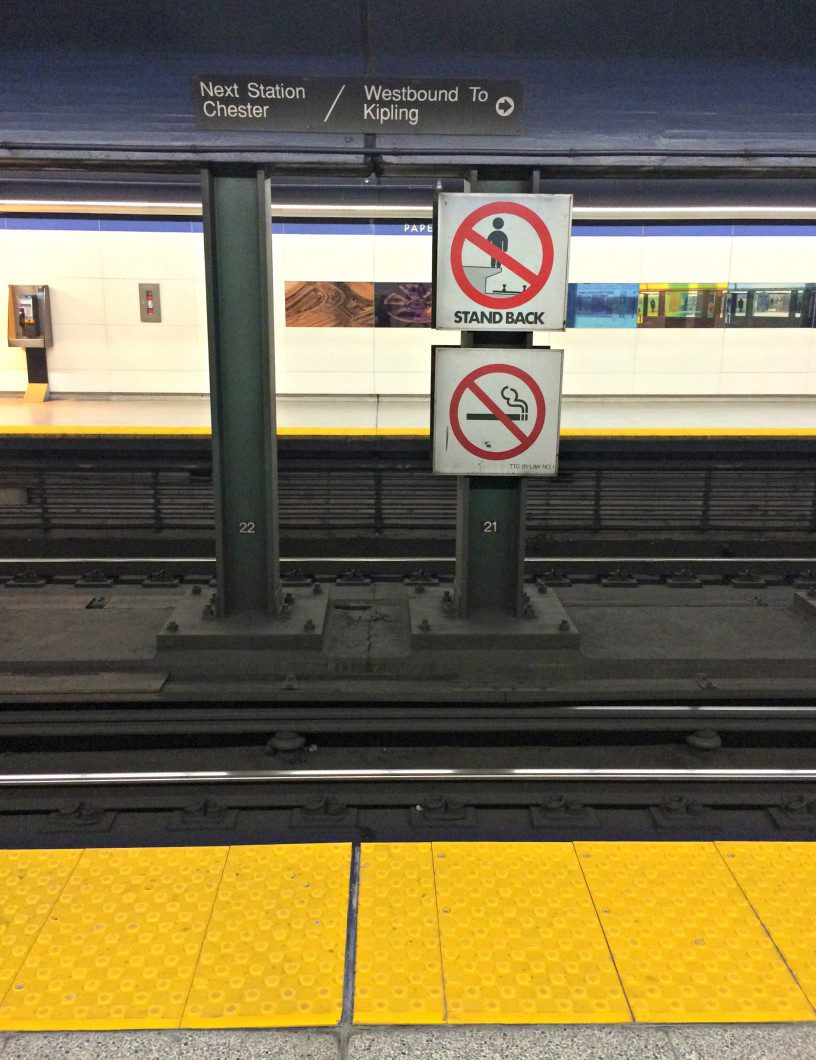 Anne Marie Aikins was heading out of her office at Toronto’s Union Station after a long day at work on January 25, 2017. The Metrolinx public relations and communications spokesperson had spent much of Bell Let’s Talk Day addressing suicide prevention and mental health.

As she made her way out, a notification popped up on her phone that caught her dead in her tracks – a person had been fatally struck in Scarborough near Agincourt Station on the Stouffville GO Train line, which is operated by Metrolinx.

Aikins immediately took to Twitter to notify GO customers about the fatality and ensuing service delays, since questions were being raised.

I'm very sad to report we have a confirmed fatality. Train service is suspended on @GOtransitST. Pls check our website for service options.

An investigation later uncovered that it had been a suicide, a not uncommon occurrence on the dark tracks of Toronto’s public transit systems.

“We spent the entire day at Bell Let’s Talk Day talking about suicides and the work that we are doing here,” Aikins said. “To have what happened that day, it was very sad.”

Opening up the conversation

Aikins’ openness to talk about suicides on the transit system is part of a recent move towards addressing an issue that has long been veiled with euphemisms.

According to a Globe and Mail report in 2016, the number of suicide deaths per year on the TTC ranged from seven to 19 since 2010, while the corresponding range for GO is between 9 and 14 during the same period.

Aikins and her counterpart at the TTC, Brad Ross, have in recent times, made frank remarks about the prevalence of suicides.

They're people who are distressed and choose to tragically end their lives.

Both of them have used their social media savviness to directly respond to customers demanding more transparency – and been commended for it. However, there is a distinction in the stance of the two spokespersons and by extension, the transit operators.

Ross, in a press conference with journalism students at Centennial College in October 2016, maintained that the TTC’s usage of euphemisms was justified on the basis of the “contagion theory in mental health,” to prevent other people from contemplating suicide after hearing about it. On the other hand, Aikins doesn’t see the value of being secretive, but instead in being honest with Metrolinx customers.

She says the agency’s evolution on the use of language is in sync with the larger attitudes of society.

“I have also noticed a gradual shift in the entire rail industry,” she says. “And a shift in society as well, which should have happened many, many years ago for a lot of us to be able to talk about suicides, the impact on people’s lives.”

Toronto Observer's Dena Shah and Kajan Thiruthankisalam spoke with Metrolinx spokesperson Anne Marie Aikens about how the commuter train agency is trying new ways to talk about mental health, and suicides on the tracks.

Perhaps one of the more overlooked aspects of these suicide attempts is the impact they have on staff. Andy Byford, the CEO of the TTC, told the CBC last year that the trauma of striking someone with a train is having an adverse psychological impact on his subway drivers, who can be out for weeks after the incident.

“The lost time injury rate was adversely impacted by a number of ‘Priority One’ (suicide/attempted suicide) events…and are a factor in the current employee absence rate,” Byford wrote in the TTC CEO’s monthly update in December 2016.

“These events are tragic for the families of the loved ones who choose to end their lives, and extremely traumatic for those involved from the TTC, where they are a factor in the current employee absence rate,” Byford said in the report. Metrolinx says absenteeism there varies, and not all drivers take time off after witnessing a suicide on track. Officials say drivers go through debriefing and than the company complies with the requests of the driver.

Sasha Campbell, MA, OACCPP, a Toronto mental health counsellor , says that it’s natural for train drivers to develop a disinclination to work after inadvertently hitting someone and potentially killing them.

“They are not going to want to be driving the train. They are going to be averse to that same situation,” she says.

Campbell says that although people react differently based on various factors, the horror of striking someone while driving a train could lead to post-traumatic stress disorder.

Trauma on the Tracks: The hidden costs of suicides on Toronto's public transit systems. Sasha Campbell, MA, OACCPP, a Toronto mental health counsellor, says it's natural for train drivers to develop a disinclination to work after inadvertently hitting someone. She spoke with Toronto Observer's Zaid Noorsumar.

The traumatic experiences of two such drivers were highlighted in a 2011 documentary called Chance Encounters. Shelley and Kevin Pett, who were married at the time, talked on screen about their struggles in the aftermath of hitting people on the tracks in separate incidents.

“I didn’t want to do anything. I wouldn’t want to get up (out of bed),” Kevin said in the film.

Shelley was unable to comprehend her husband’s reaction, and thought he should get over it, until she ran into someone herself.

“It was beautiful – it was a really nice December morning,” she says in the documentary, about that day.

“So I get to work, get on the train….and driving along, and all of a sudden, before I am into Broadview, I’m about three feet and everything stopped – this guy jumps out in front of me.”

“Having to go to bed was the scariest thing I ever had to do,” Shelley said, in the movie. “When you were part of someone’s death – how do you go to sleep?”

Campbell speaks about the importance of getting a mental health assessment, in the aftermath of an incident.

For Metrolinx suicides, Aikins says that the crew involved is immediately removed from service and replaced by another crew. The first crew then goes through a debriefing.

“It can vary,” she said. “To talk through what’s happened, what you’ve witnessed, how you’re feeling about it and perhaps whether you need ongoing support.”

Aikins says that she feels for employees who have dealt with suicides at Metrolinx – in some cases, on multiple occasions.

“I can’t imagine how that must be to have it happen once, let alone more than once,” Aikins says.

The TTC, which did not respond to requests to comment for this story, has also talked in the past about providing counselling to its employees in the aftermath of such incidents.

TTC commuters are accustomed to delays on the subway, which are sometimes caused by suicides on the tracks.

Though for most commuters the announcement might result in being late for work or school, some have the misfortune of witnessing a suicide. This can translate into either shock or trauma.

People suffering in the aftermath of witnessing suicides have found refuge in online forums, with many coalescing on Reddit. The social media forum features posts from witnesses to TTC suicides.

A Reddit writer with the username redditmethis34, posted a detailed account about her traumatic experience witnessing such an event.

suicide on ttc nov 11 from toronto

There are many distress hotlines or walk-in locations in Toronto that can provide mental health care. There are many types of counselling available for those who witness an incident. Free help can be found either over the phone through a distress hotline or in person with an expert in mental health. The TTC offers it’s passengers a free counselling hotline with volunteers readily available to speak with anyone who requires help. As for Metrolink, they have partnered up with the mental health program, Connex Ontario. Bombardier is the counselling system in place for the employees of Metrolinx.