When people think of police cars, they immediately think of flashing lights, high speed-chases, and uniformed police officers catching bad guys. This is what police cruisers are meant to do, but what happens when the car has too much mileage, or isn’t worth fixing?

When law enforcement vehicles are put out for retirement, they often find second careers. They turn into someone else’s private car, or maybe even turn up as a prop in a blockbuster movie.

Several times a season, dozens of decommissioned police cars are put up for auction at North Toronto Auction’s warehouse in Innisfil, north of Toronto.

“Today, I think we only have about three or four Toronto vehicles, but we have about 30 province vehicles, so that’s the [Ontario Provincial Police],” says Stu Ralph, co-owner of North Toronto Auction, during the Saturday October 1, 2016 sale. “We also have Peterborough police, we have Peel Region police, York Region police, Durham Region police, Midland…police, some of the local ones, Barrie ones.”

What happens to police cruisers when they wear out, or drive too many kilometres? They wind up at auction houses and then as props for the North American film industry. Toronto Observer's Jon Lamont, Sadiah Rahman and Jibril Osman investigate.

Considering all you need is a valid driver’s license to be able to take part in the auction, it’s no surprise that hundreds of people come to bid.

“They come from all across the province, plenty of buyers from across the United States and other provinces as well,” Ralph says. “Some log on online and buy vehicles.” 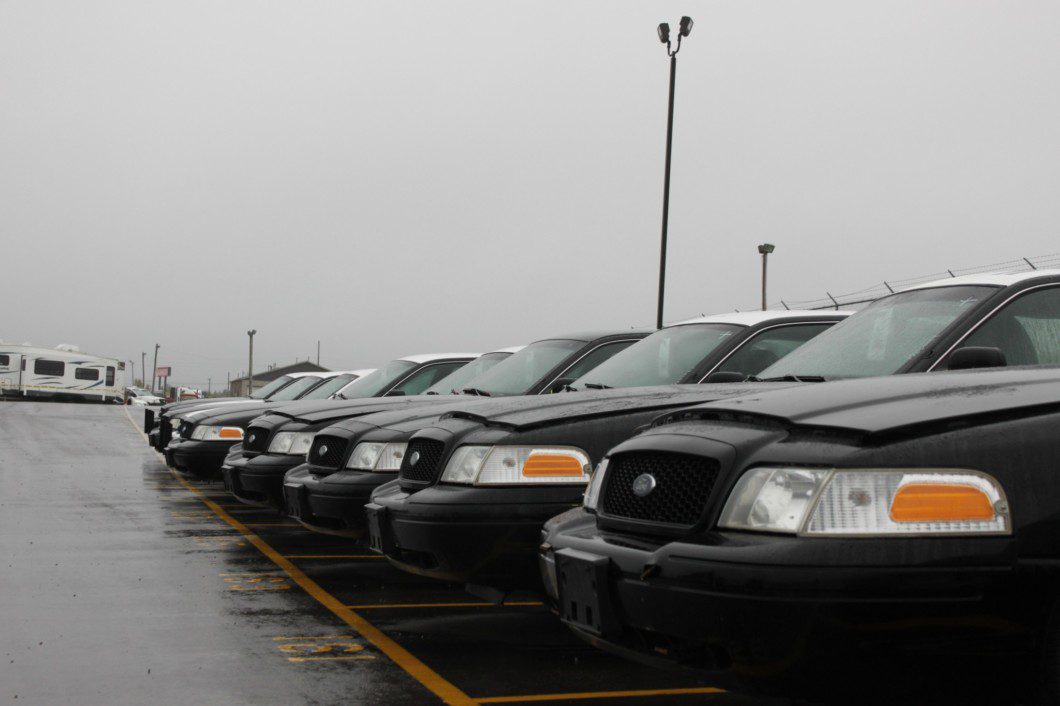 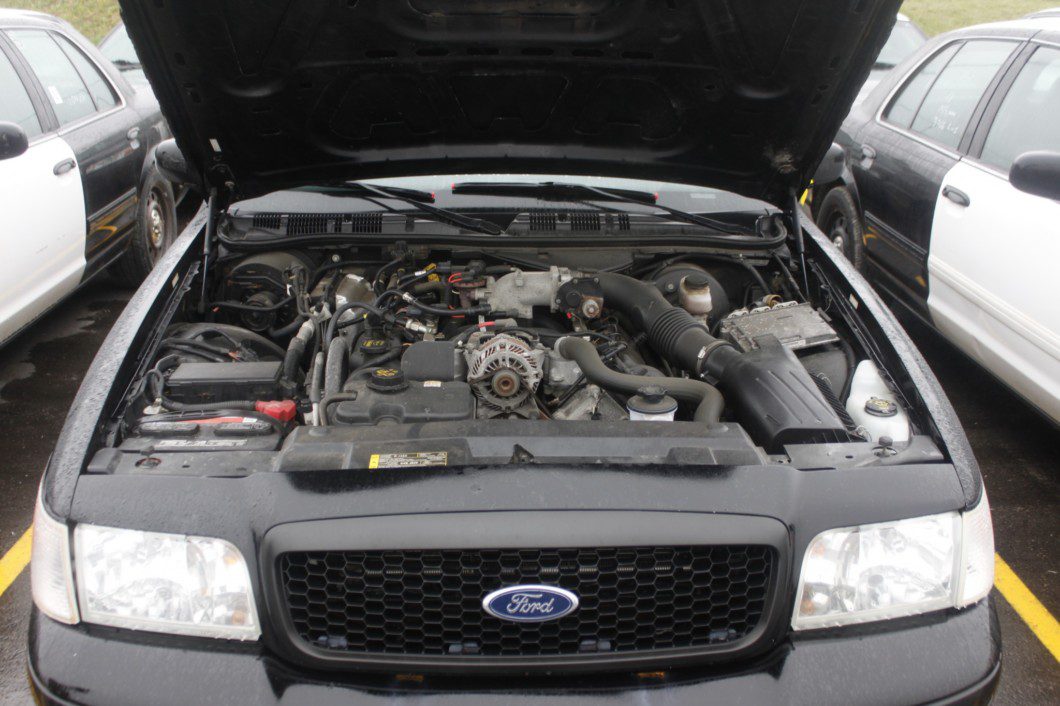 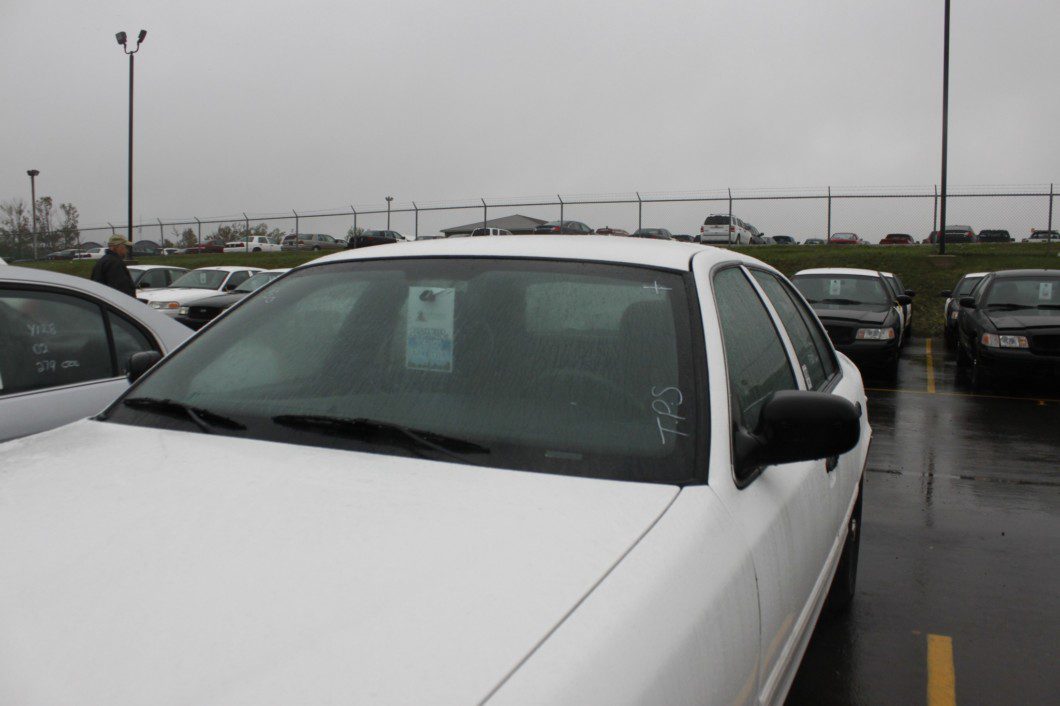 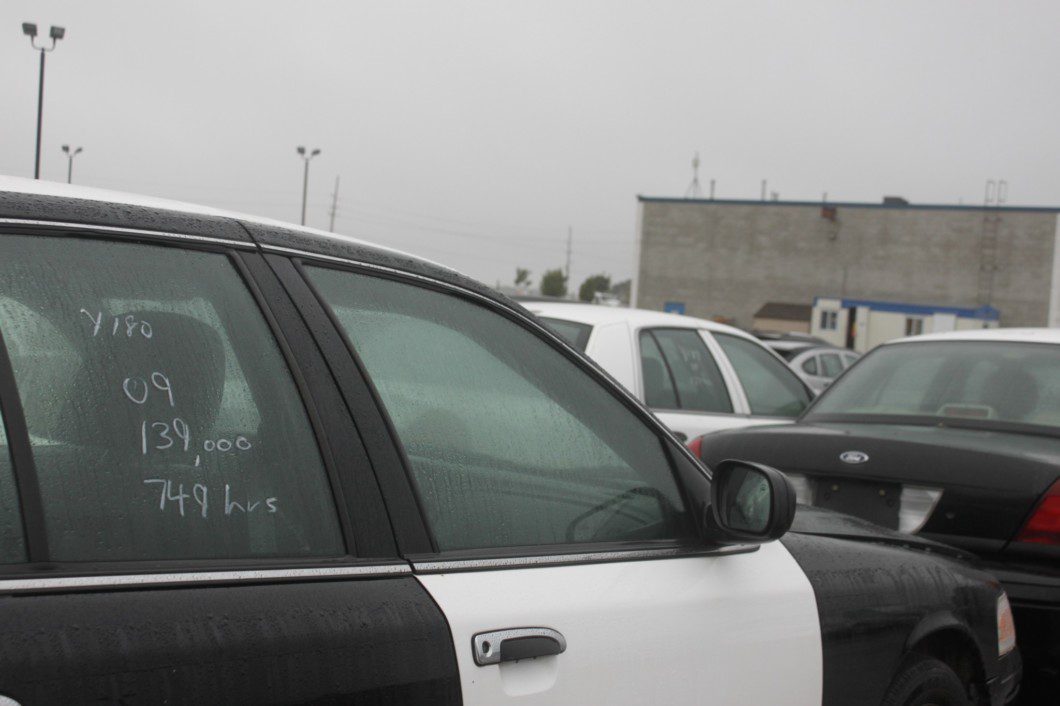 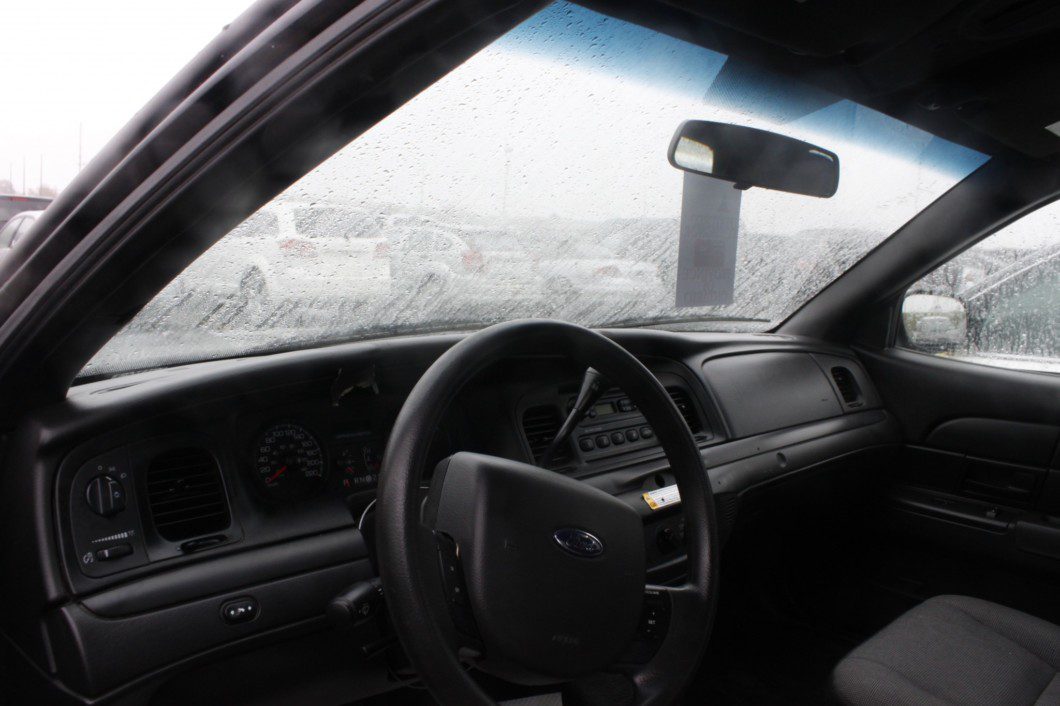 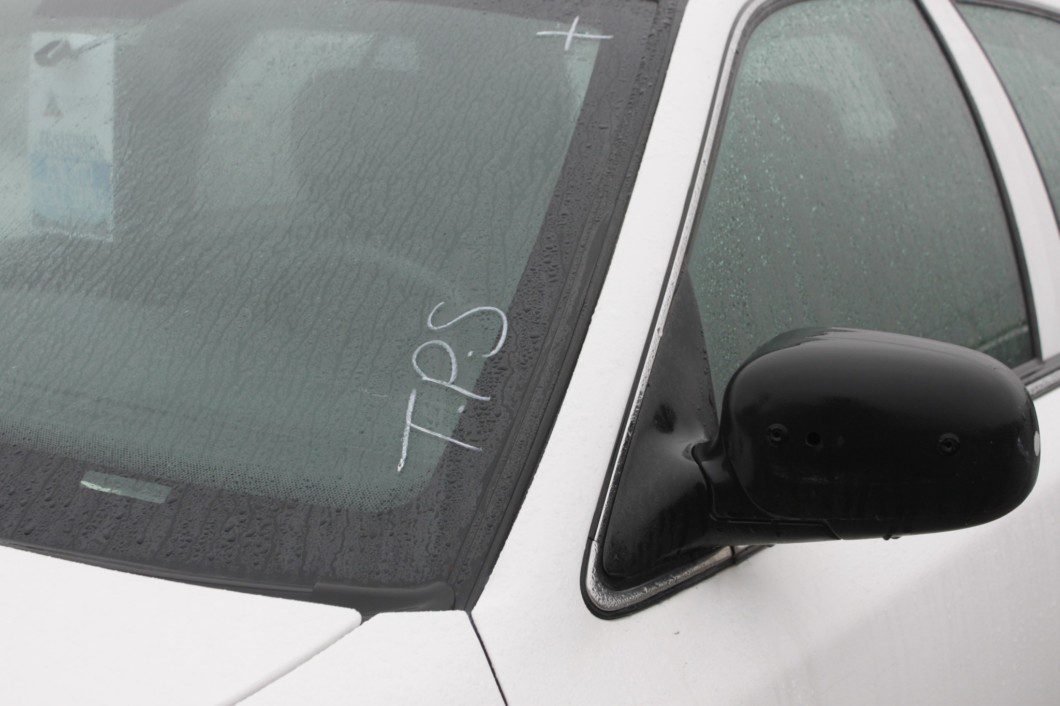 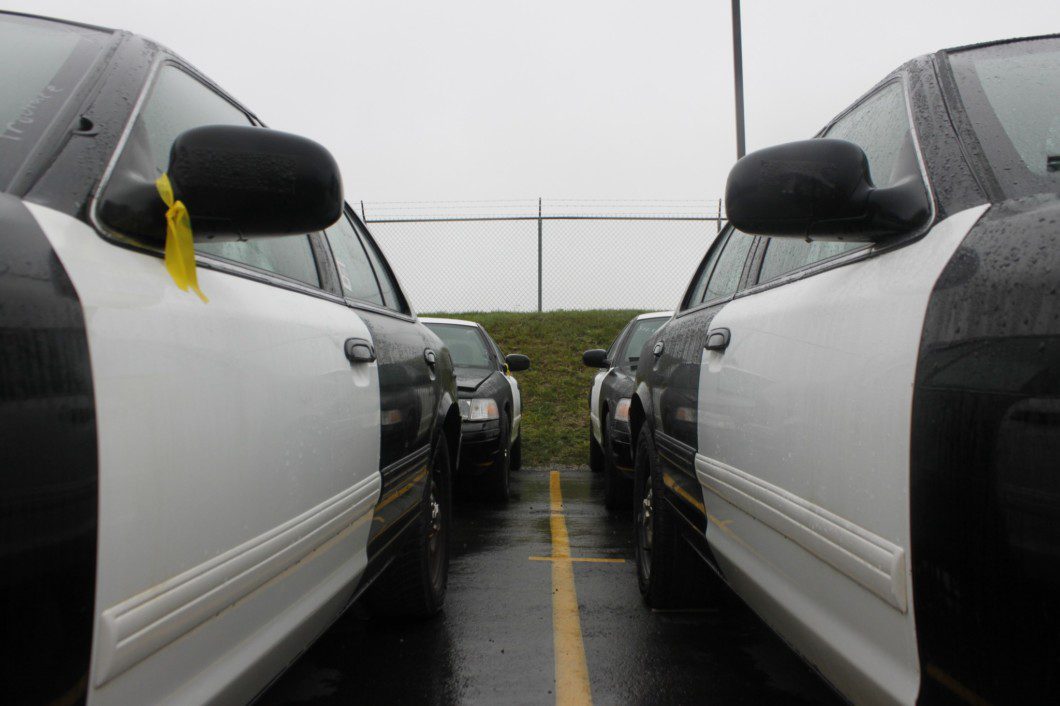 Jacob Duclos and Ben Aldebert from Barrie, Ontario were among those who made the trip to Innisfil to check out the auction. They wanted a police car because of the benefits of owning one.

“Police usually keep their cars for four and a half years,” says Cam Woolley, a retired OPP sergeant who now is a reporter for CP24 in Toronto. Woolley is a well known car collector and used to supply cars to the film industry. “Different police services have different regulations, but generally cars are decommissioned based on mileage or cost to maintain.”

In an email, Meaghan Gray, a social media relations officer for Toronto Police Service, says that the average lifespan of their cars is “four to five years.”

Decommissioned police cars such as Crown Victorias are also valuable to Toronto’s large film industry. Jimi Mallen is an owner at M.K Picture Cars, in Toronto’s west end. His biggest clients are film industry people. Mallen’s vast warehouse currently has 400 cars and 112 of them are former cop cars. Mallen sources his cars privately, as well as from North Toronto Auction.

“Any film, it doesn’t matter, from a PSA, we do a lot of stuff for MADD, then anything up to Suicide Squad,” he says, describing where his vehicles are used. “So we go from anything to PSA, commercials, hot spots, print ads, film feature, TV shows, doesn’t matter, anything that has to do with film.”

Mallen keeps an assortment of props and tools in his warehouse. Everything from light-bars to decals to licence plates; anything to give the cars a more authentic feel. Mallen also has cars from all kinds of movies. A police car from Midway City, the fictional setting of this summer’s big super hero movie, Suicide Squad, sits among police cars from Michigan, New York, and Toronto. 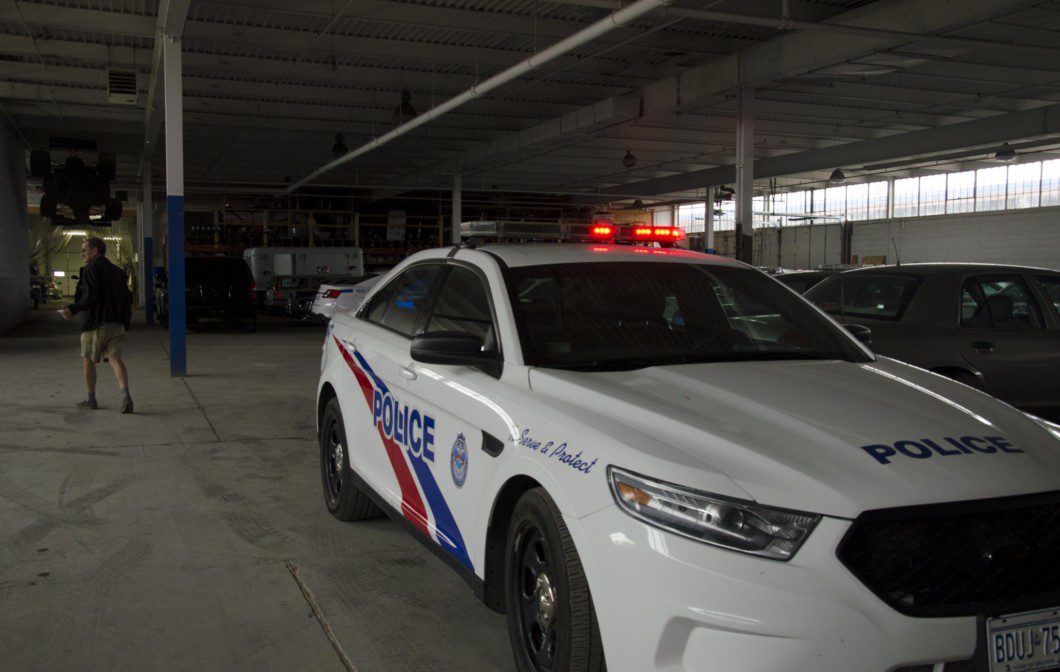 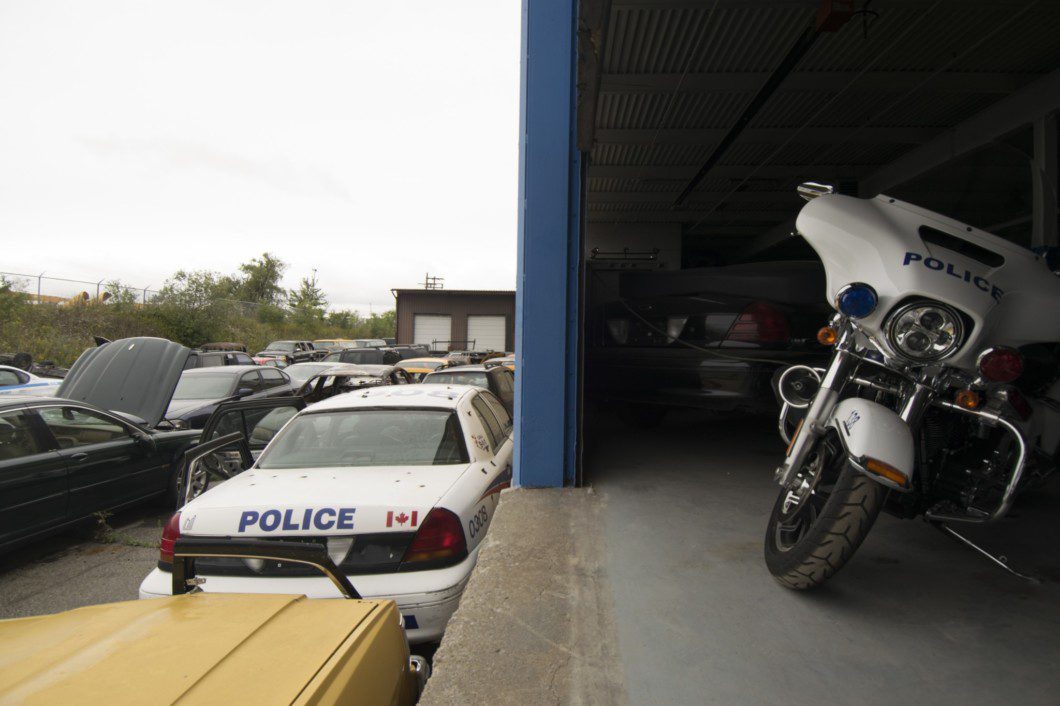 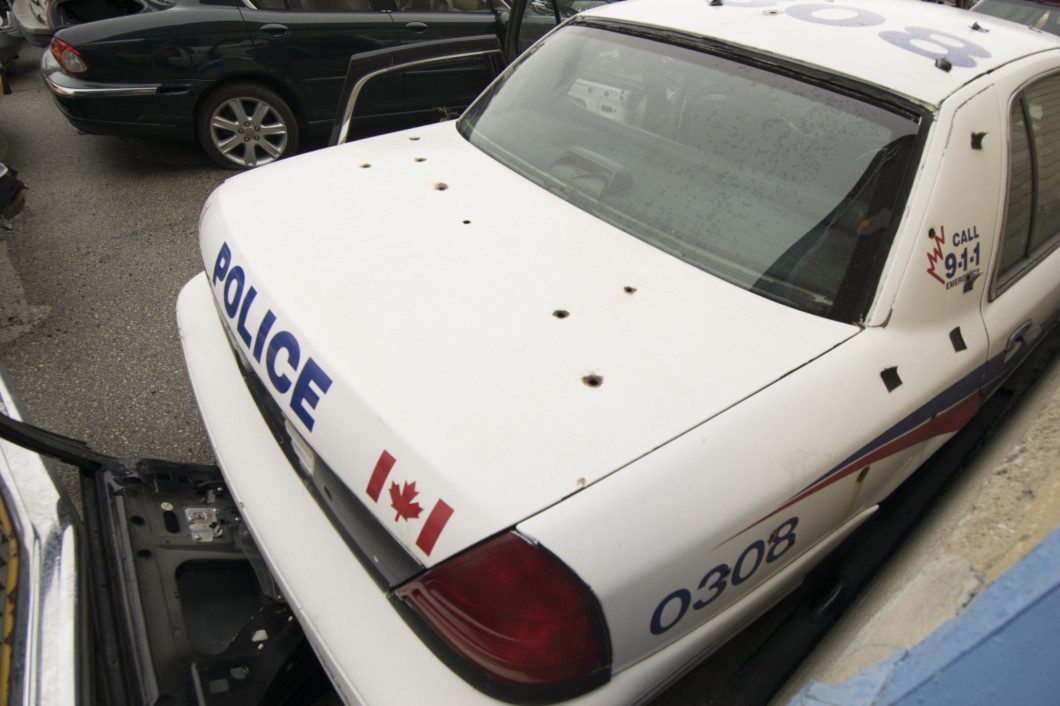 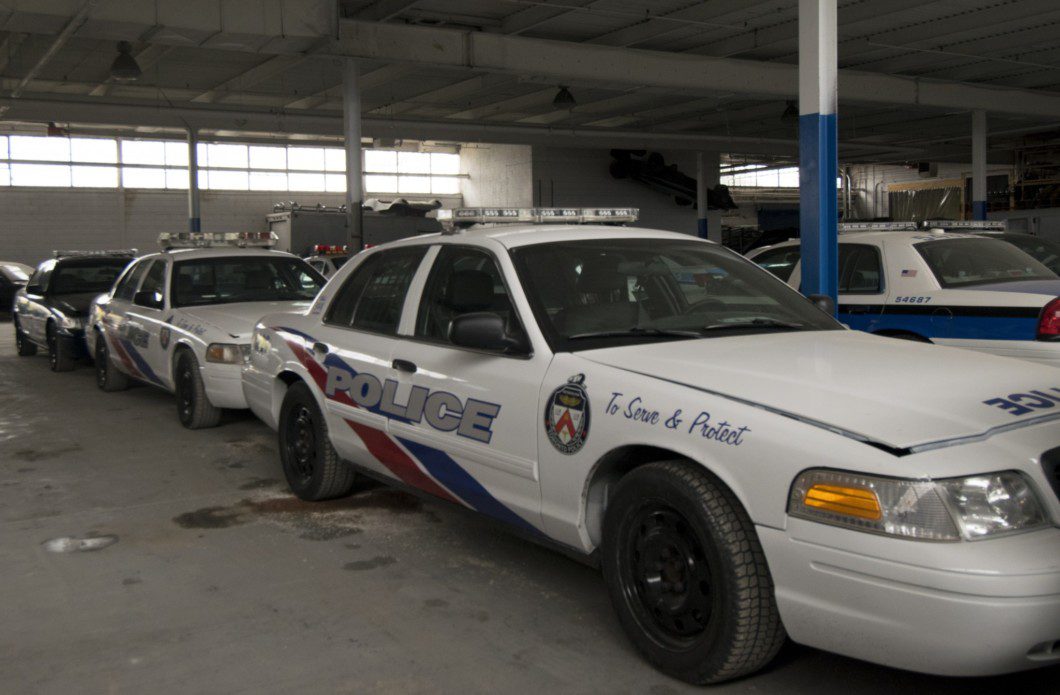 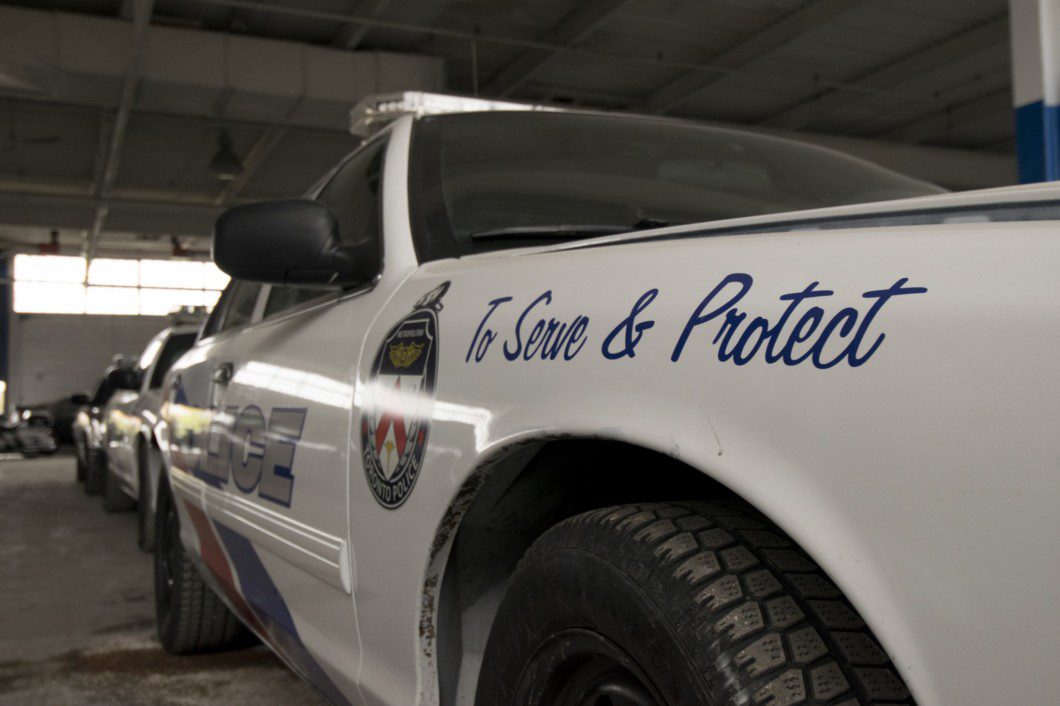 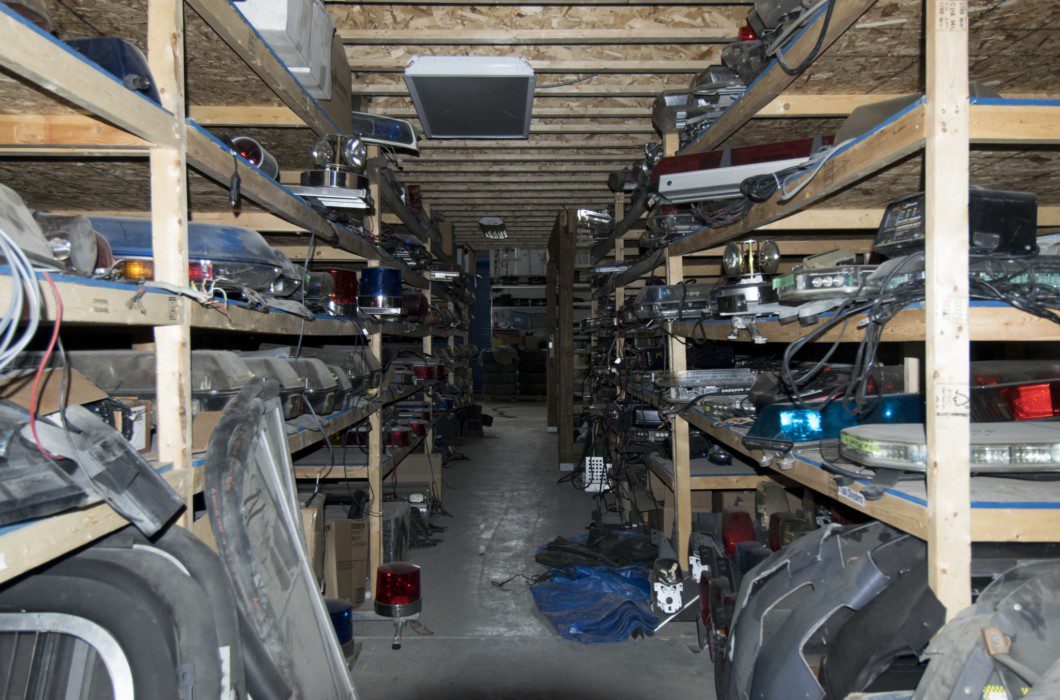 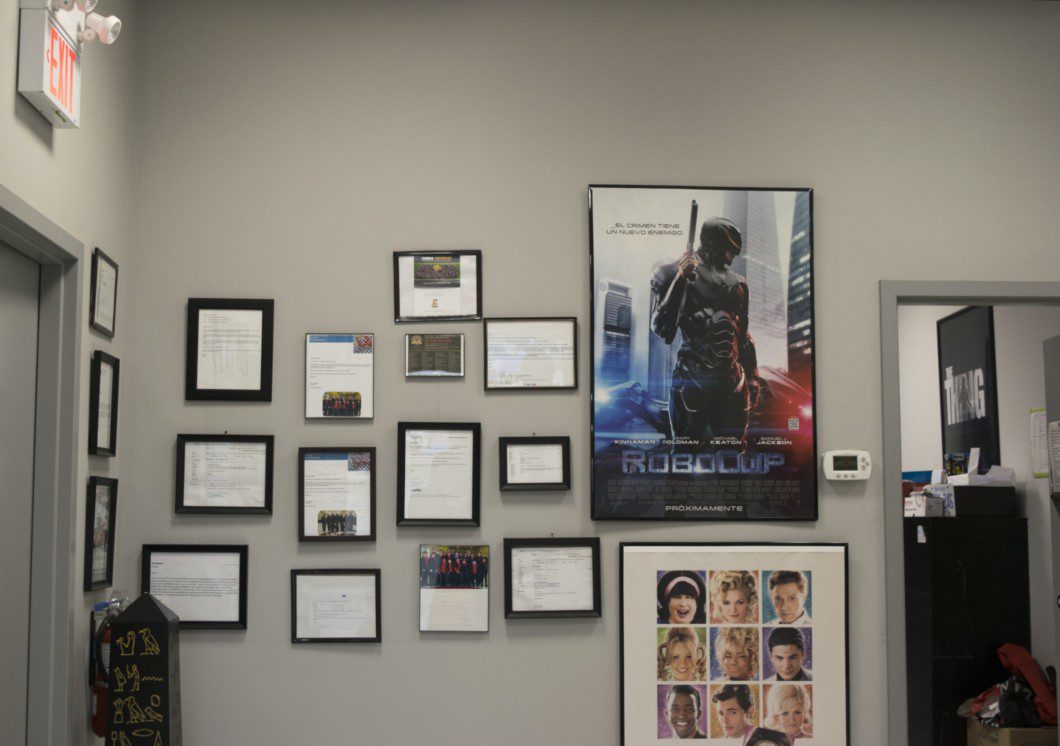 For Mallen, the feeling of seeing his cars on the big screen isn’t what drives his soul. It’s the satisfaction of working with the unsung people behind the camera and behind the scenes in the film business.

Jimi Mallen explains why he loves the film industry.

“The film industry is a manufacturing industry and that’s how the Ontario government considers us, as a manufacturer. That’s the sector we fall into. And it’s just, to know what we do, to supply to them, them to do what they have to do, it’s gratifying,” Mallen says.

There will likely be plenty of Toronto Police Service cruisers making their way onto the auction blocks and into the film prop circuit in over the next five years. As part of a modernization effort, the force is phasing out the 500 white Crown Victoria squad cars in favour of a new grey Taurus model with white decals.

“The cars are being introduced under a life-cycle program,” said police spokesperson Meaghan Gray. “Meaning, as cruisers need to be replaced they will be replaced with the grey/white car. For a time, there will be a mix of grey and white cruisers on the road.”