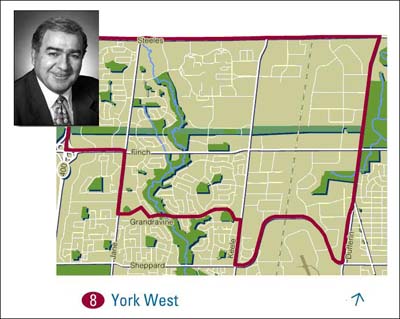 City council rejected on Jan. 15 a media fairness protocol aimed at battling the negative attitudes toward Scarborough. The protocol brought forth by Scarborough Councillors Kelly and Thompson, recommended the media use only the main intersections when reporting on crimes east of Victoria Park.

But some people say naming specific intersections can be problematic in a different way.

The area of Jane Street and Finch Avenue is widely recognized as a troubled community and such a protocol would not stop crime stories from being linked to it, whether they are at the corner or simply in the neighbourhood.

Coun. Anthony Peruzza of Ward 8, which includes the intersection, said few people realize crimes rarely happen at the actual intersection because the corner of Jane and Finch is composed of shopping plazas and malls.

“The reference to the crossroads is to some degree hurtful because it does stigmatize a region,” Peruzza said. “The label has become synonymous with the region.”

When such labelling becomes widely recognized, as it has at Jane and Finch, the region Peruzza is referring to becomes larger and larger, residents say.

Coun. Frank DiGiorgio of Ward 12, whose area borders on Jane St., says certain areas cannot avoid being recognized, or labelled in some way, because the description of criminal acts has to be recognizable to the public.

“You can’t give specific addresses and you can’t give them names or nicknames that particular housing complexes are known by, so you’ve got to use a generic name or major arterial roads,” DiGiorgio said.

A pro-level women’s soccer team in Toronto would be a game-changer: U-20 player