Picture a football stadium, the bright lights shining down on future sports superstars battling it out on the gridiron. Students and team supporters dressed in their school colours as the stadium quickly fills up. It’s the biggest game of the year in university football.  Ohio State University hosted the University of Michigan in college football action on Saturday Nov. 26, 2016. The announced attendance was a staggering 110,045.

My view for the game Michigan vs Ohio State pic.twitter.com/Owv32LDNfN

While this was happening south of the border, the biggest game of the year in Canadian university football was also underway, but being virtually ignored by the Canadian sports world.

History of the Vanier Cup

It’s been 52 years since the University of Toronto Varsity Blues were awarded the first ever Vanier Cup trophy. They defeated the University of Alberta 14-7 in the 1965 Canadian College Bowl. From 1965 through 1981, the game was run as a fundraiser for the Canadian Save the Children Foundation. In 1965, Georges P. Vanier, then Governor General of Canada, granted permission to name the trophy after him. The name of the championship game was also later changed to the Vanier Cup, in 1982. From 1965 to 2003 the championship game took place in Toronto at either Varsity Stadium, Exhibition Stadium or the Skydome. In 2001, the governing body, Canadian Interuniversity Sport (CIS), opened up bidding to other host cities. Since then, the game has been played outside of Toronto nine times — four times in the same city and on the same weekend as the Grey Cup.

The most-watched Vanier Cup game was in 2012, when Laval played McMaster in Toronto, the day before the 100th Grey Cup. Over 37,000 people packed the Rogers Centre, while over 900,000 watched it on TV. Now, half a century after the inaugural game was played, the Vanier Cup, one of the great Canadian sporting traditions, is left with dwindling TV ratings (243,000 viewers in 2016), poor attendance and an unclear future.

The CIS, now named U Sports, released a YouTube video in 2014 on the history of the Vanier Cup.

The 2016 Vanier Cup took place in Hamilton, Ont., its fourth time in “The Hammer” but the first time on Tim Hortons Field. The game featured the top-ranked Laval Rouge et Or against the sixth ranked Calgary Dinos: two of the most accomplished football programs in Canada over the last decade. Both teams were making their record tenth Vanier Cup appearance.

The two teams are familiar with each other, having met in the playoffs in five of the last nine years. Each time, the Rouge et Or got the best of the Dinos, including the 2013 Vanier Cup. If they needed any more of an edge over Calgary, Laval is 3-0 in Vanier Cups when the games has been played in Hamilton. Calgary hoped that being in a new stadium would break the curse.

Attendance for the 52nd ArcelorMittal Dofasco Vanier Cup was a far cry from the record-breaking 2012 game. Roughly 10,000 tickets were sold, but many estimate that only 5,000 people showed up. Those fans who were in attendance at Tim Hortons Field were treated to an exciting football game, with its momentum-shifting plays and historic outcome. A go-ahead touchdown with 2:33 left in the game, clinched the national championship for Laval, and gave them their record ninth Vanier Cup. 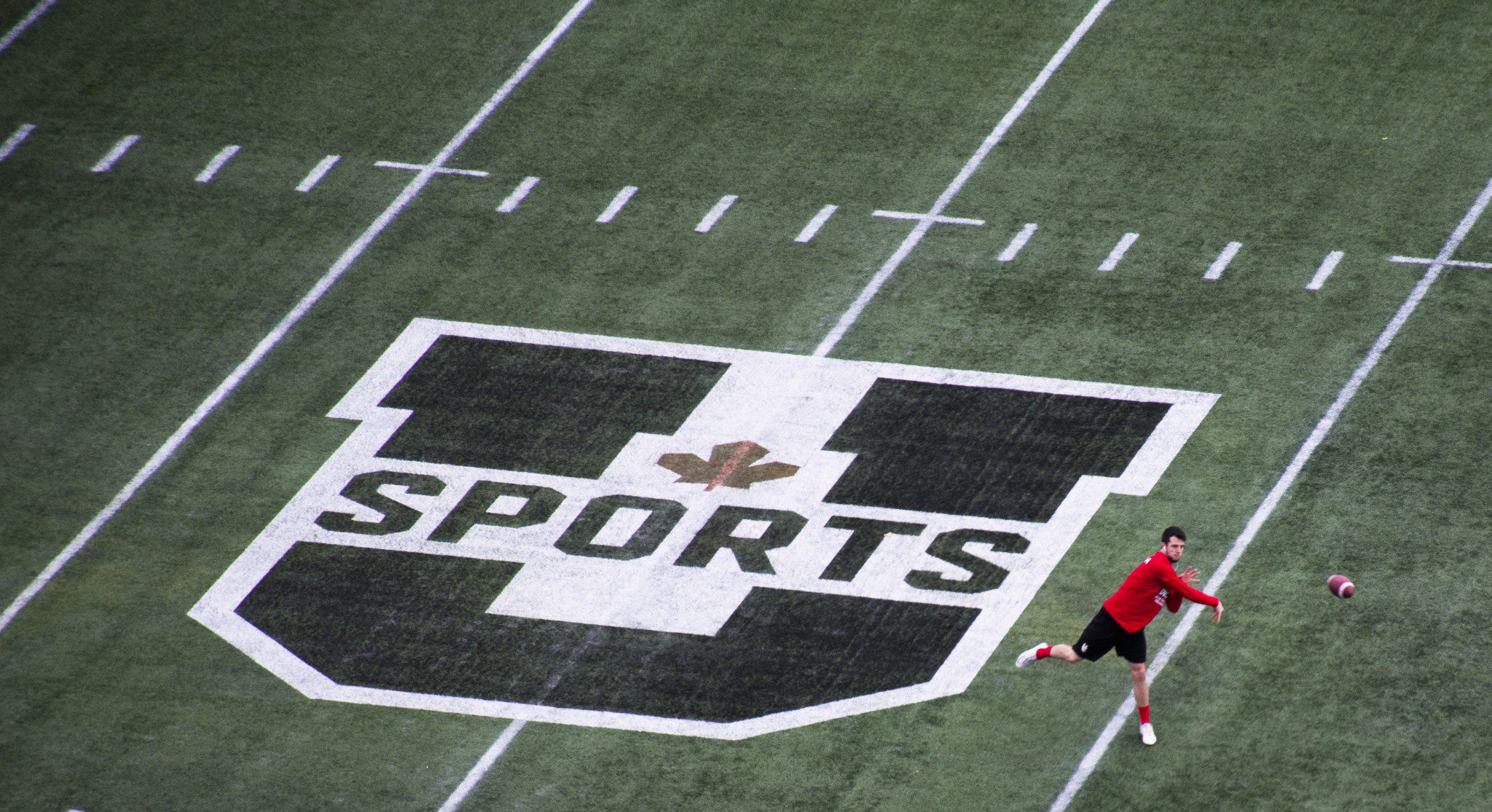 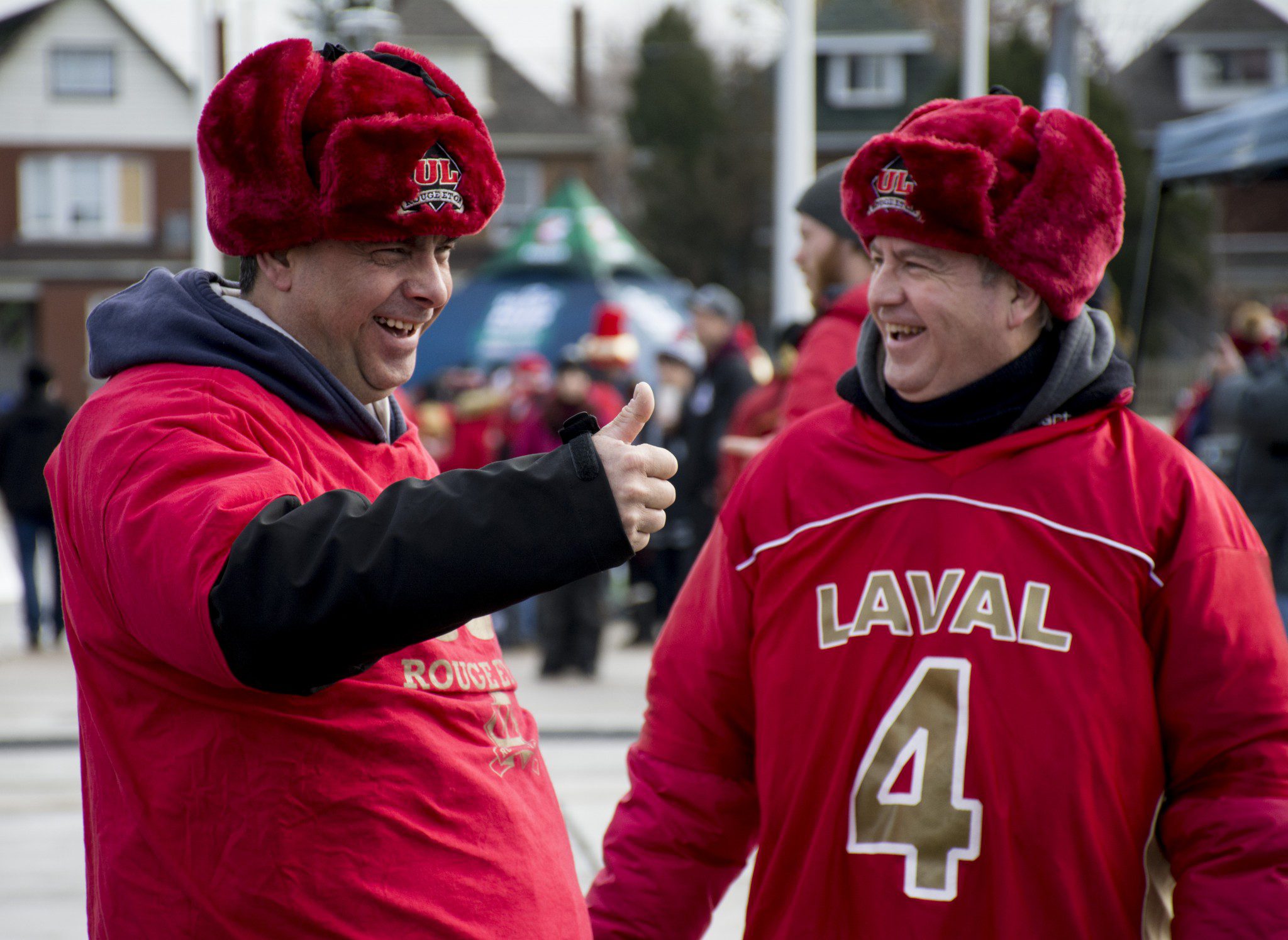 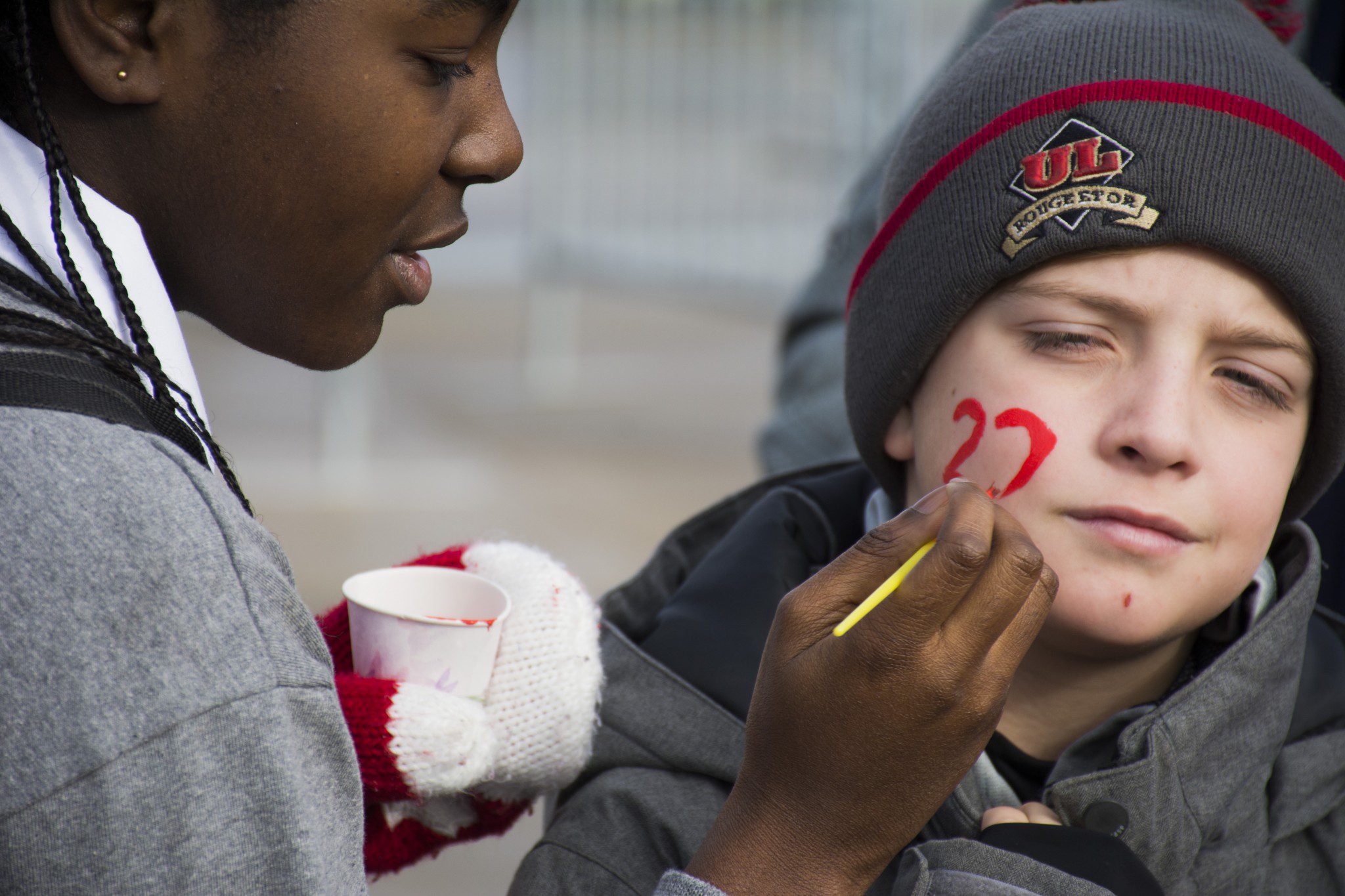 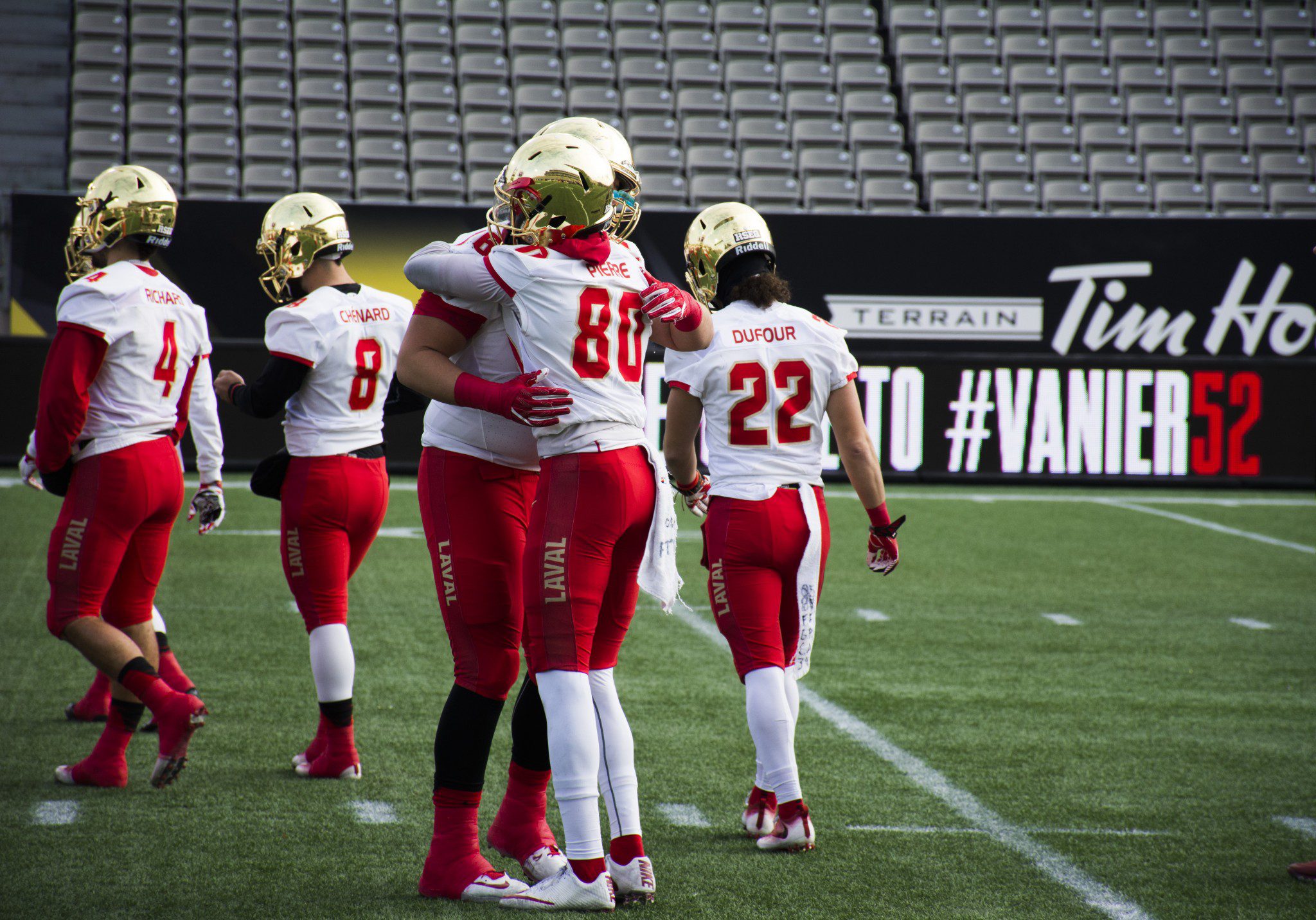 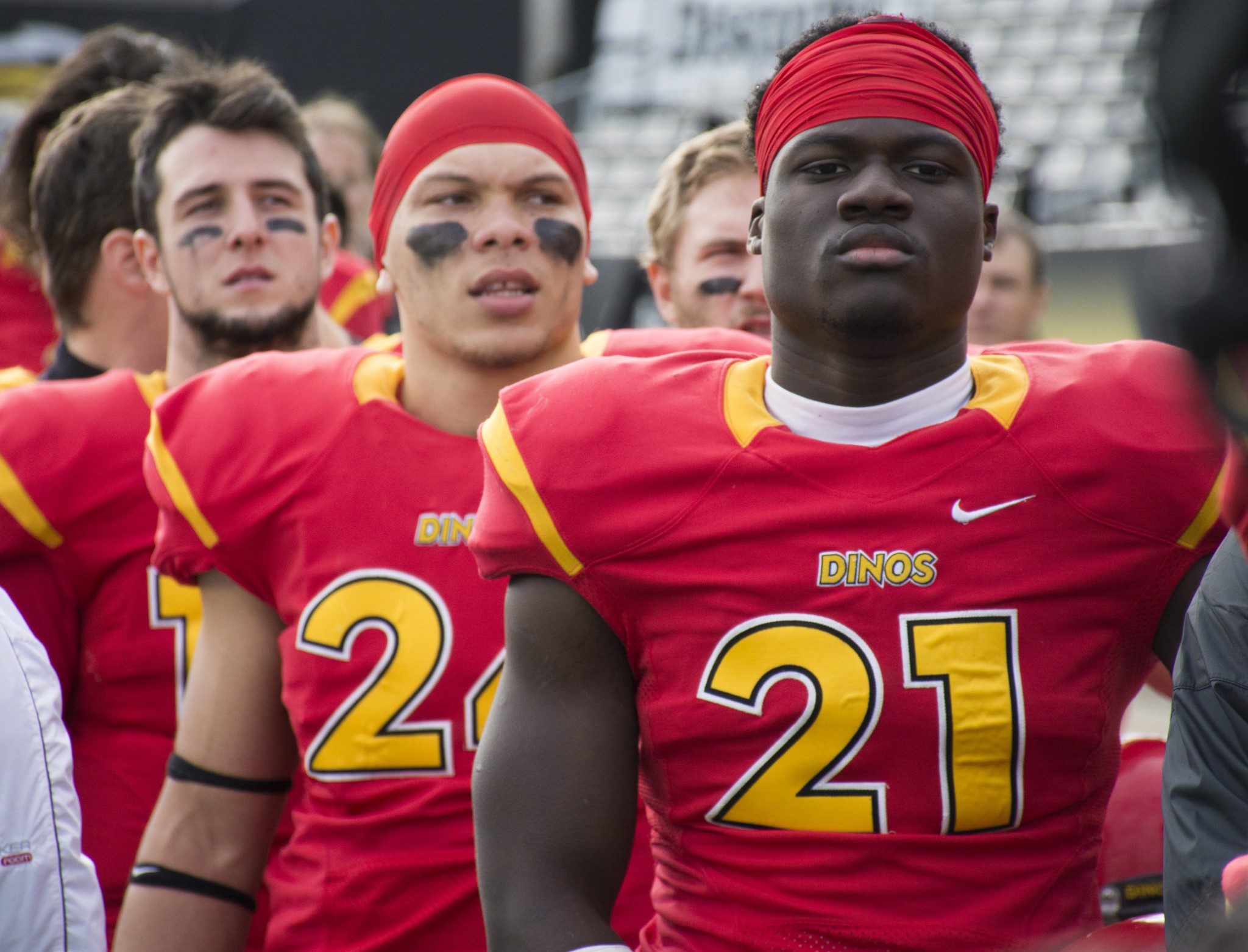 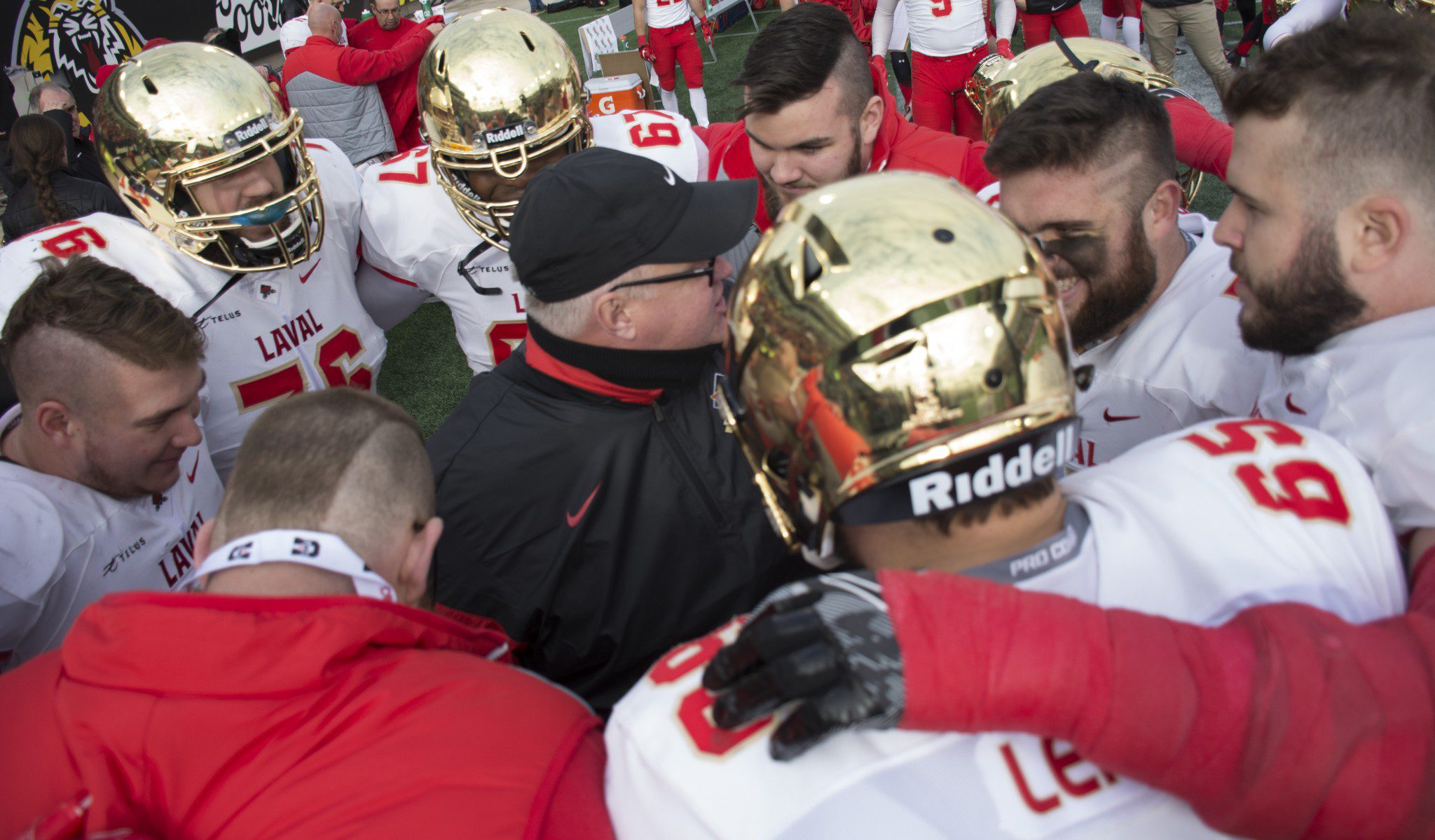 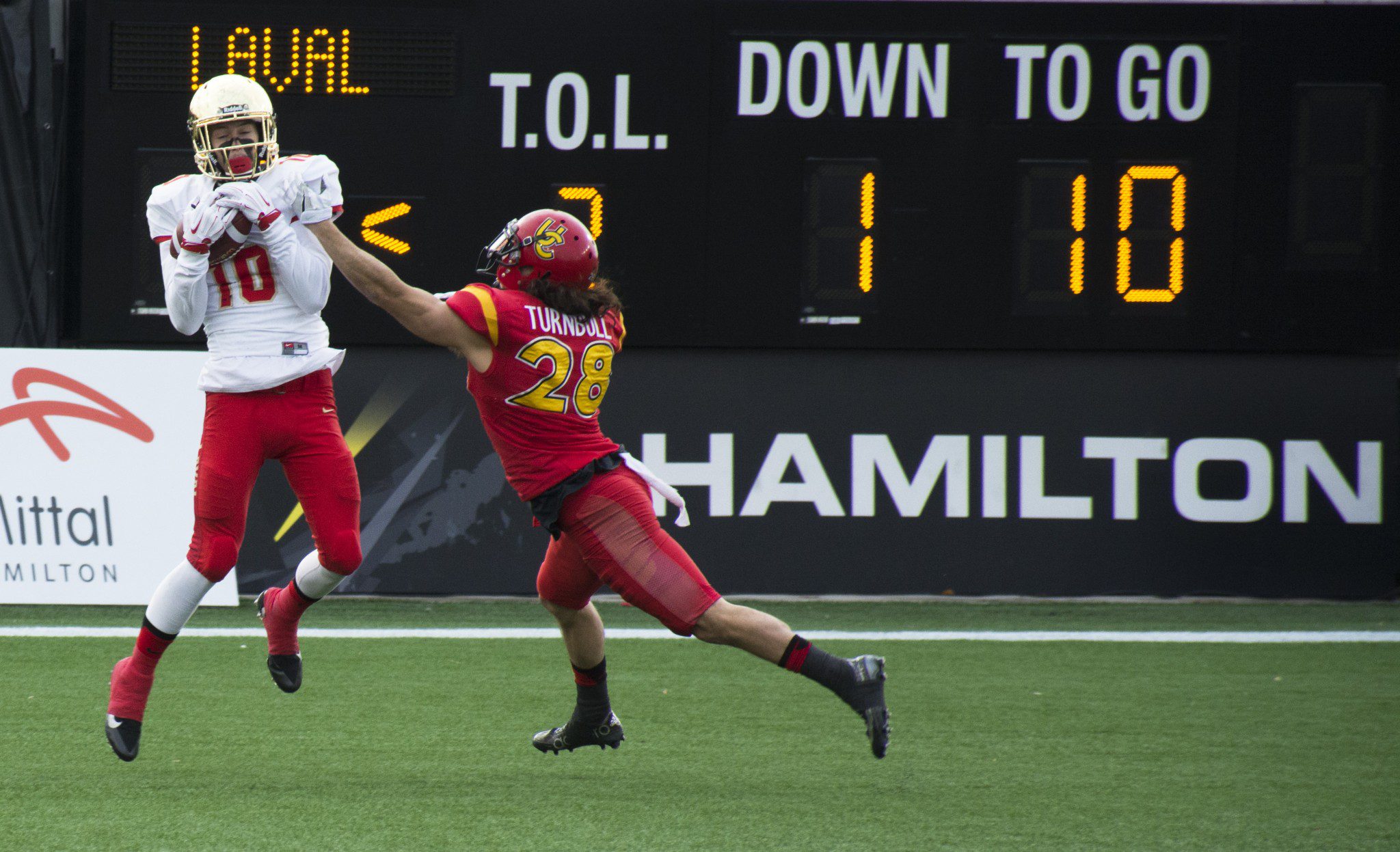 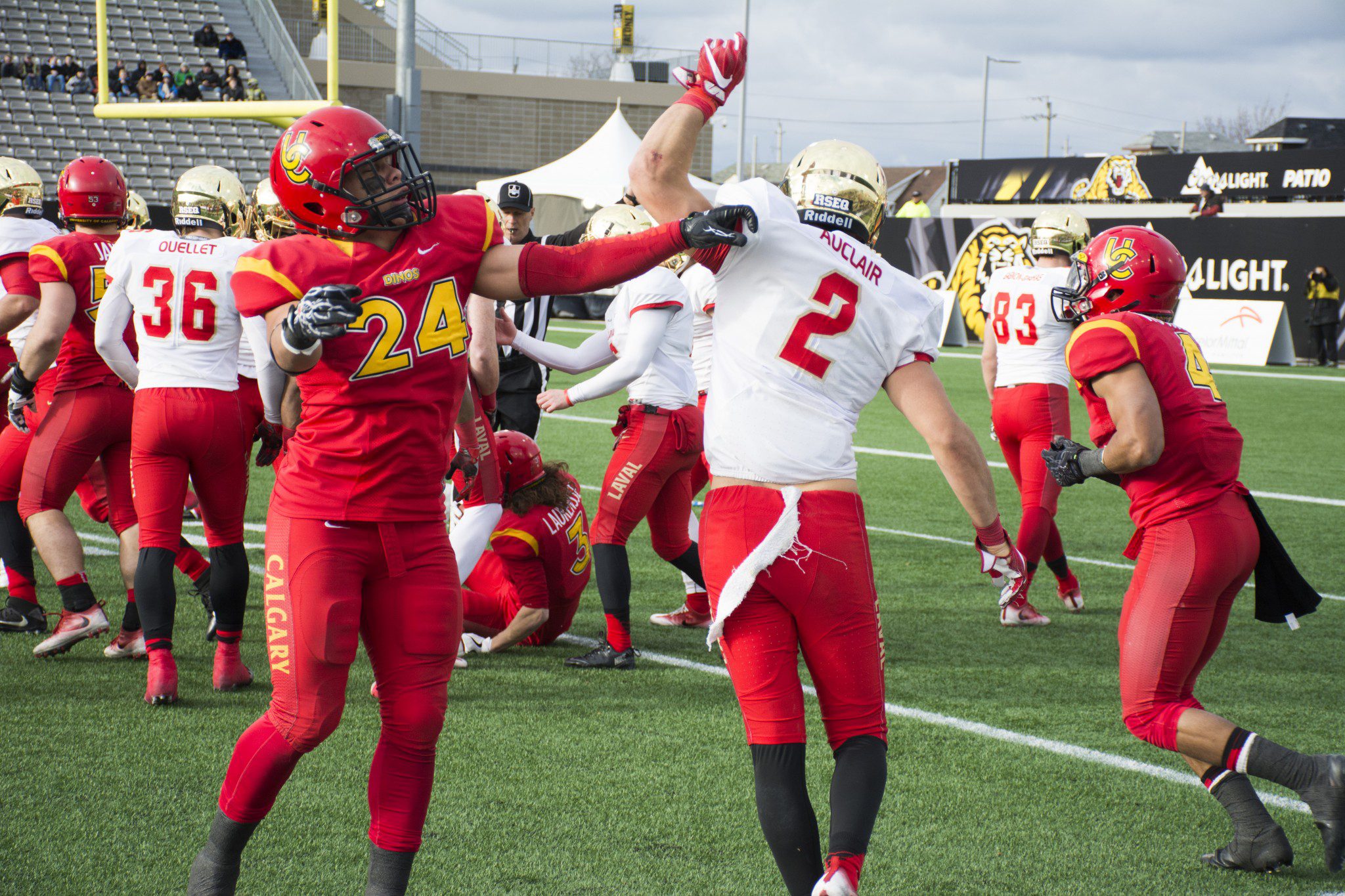 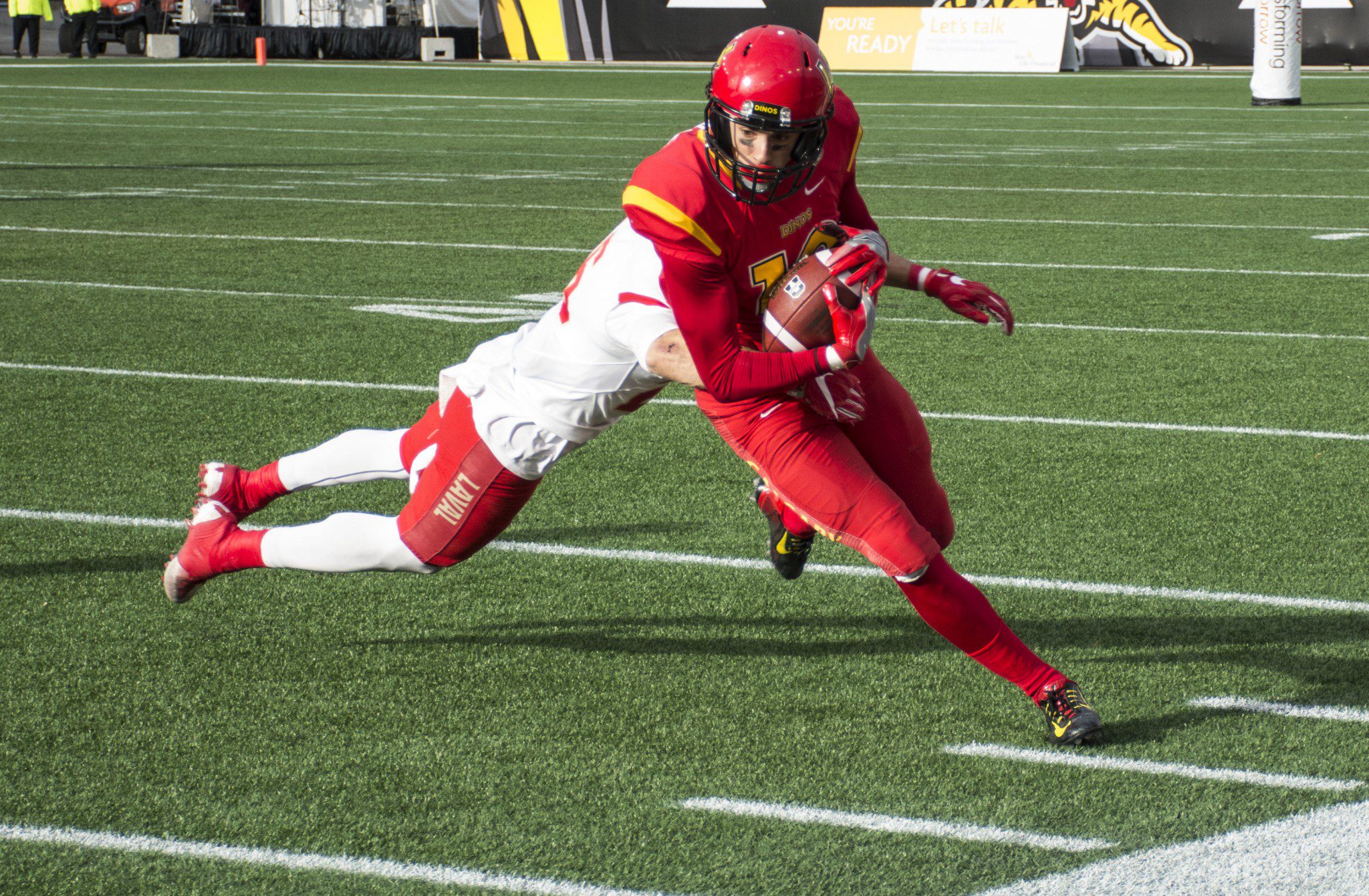 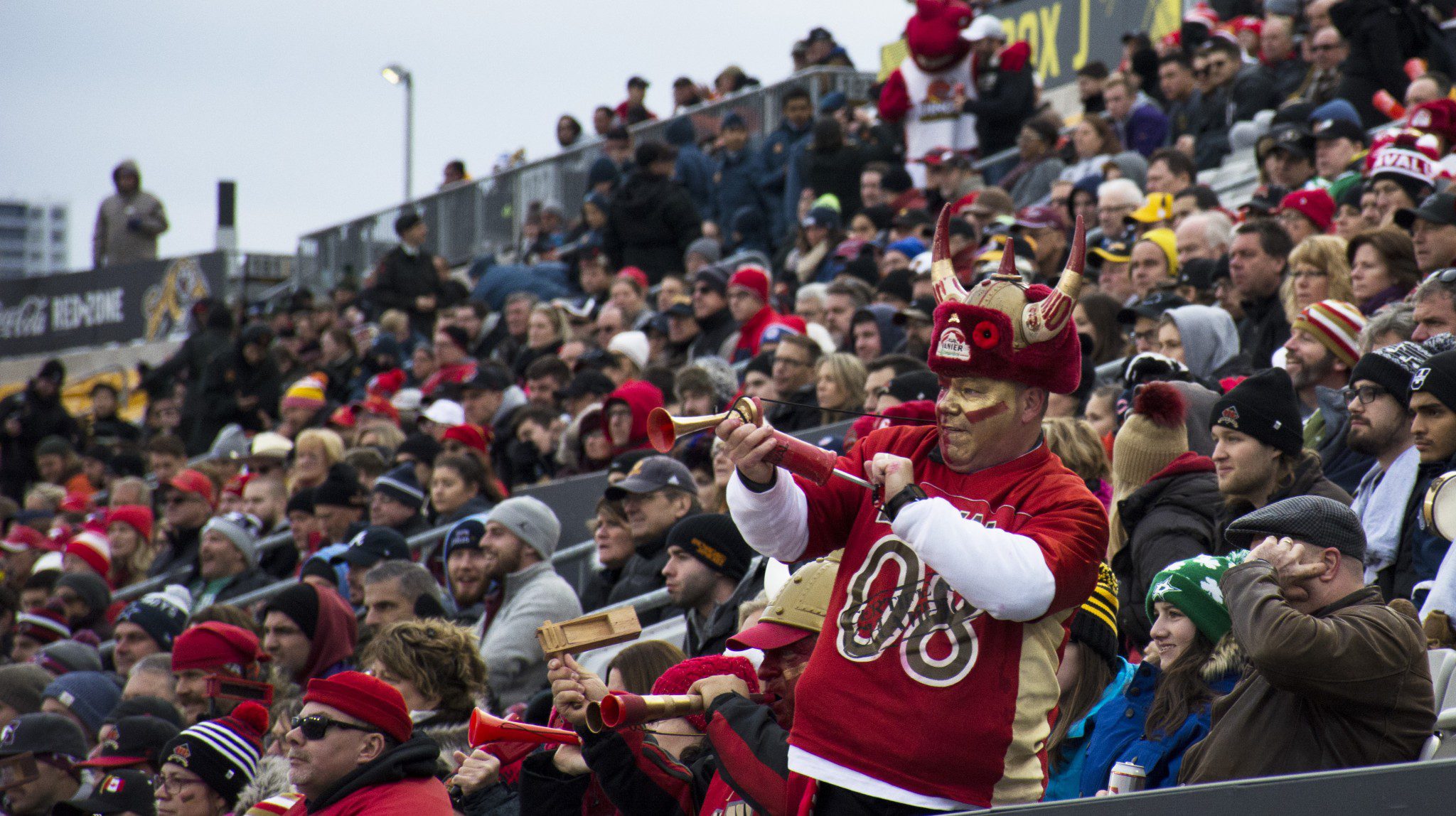 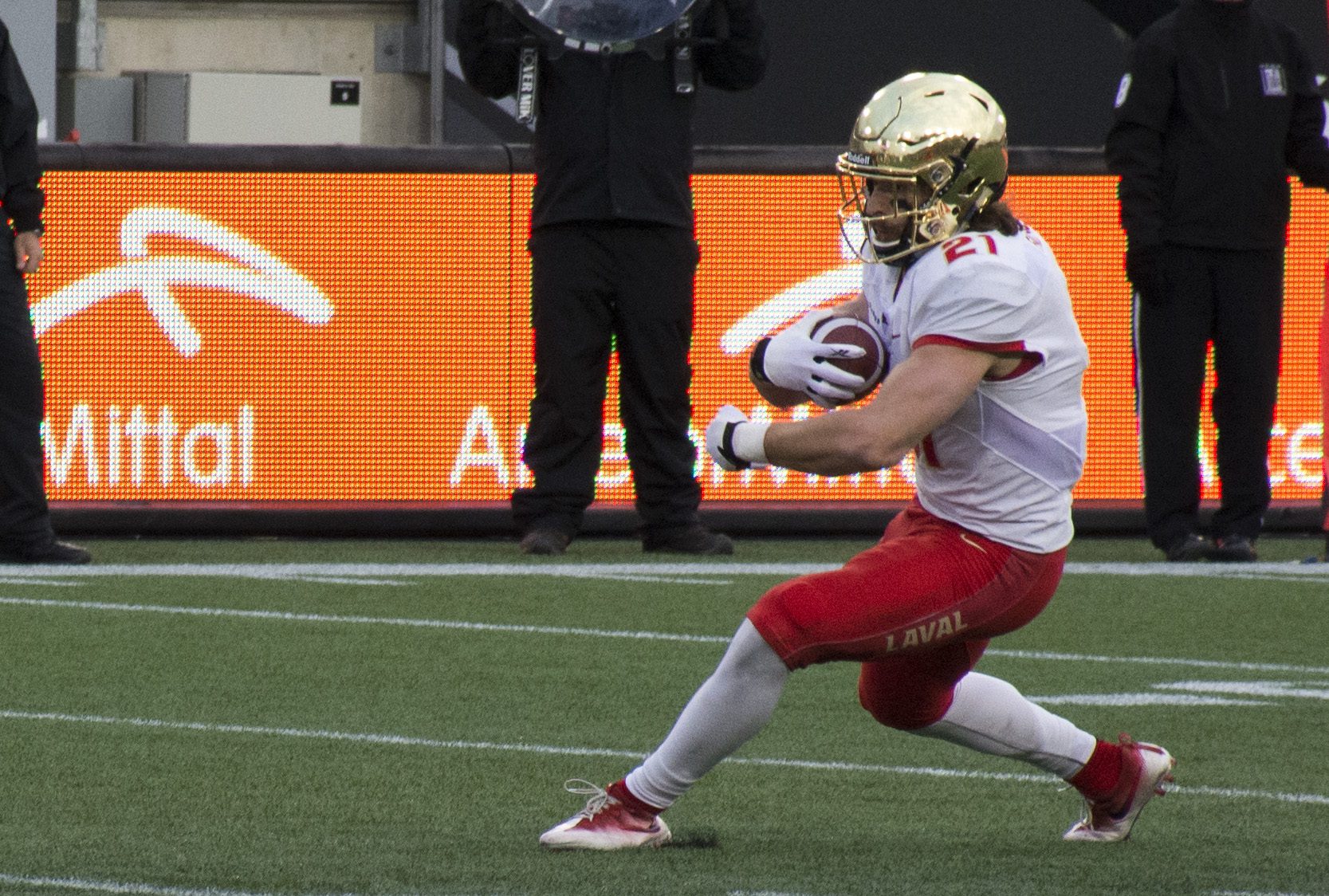 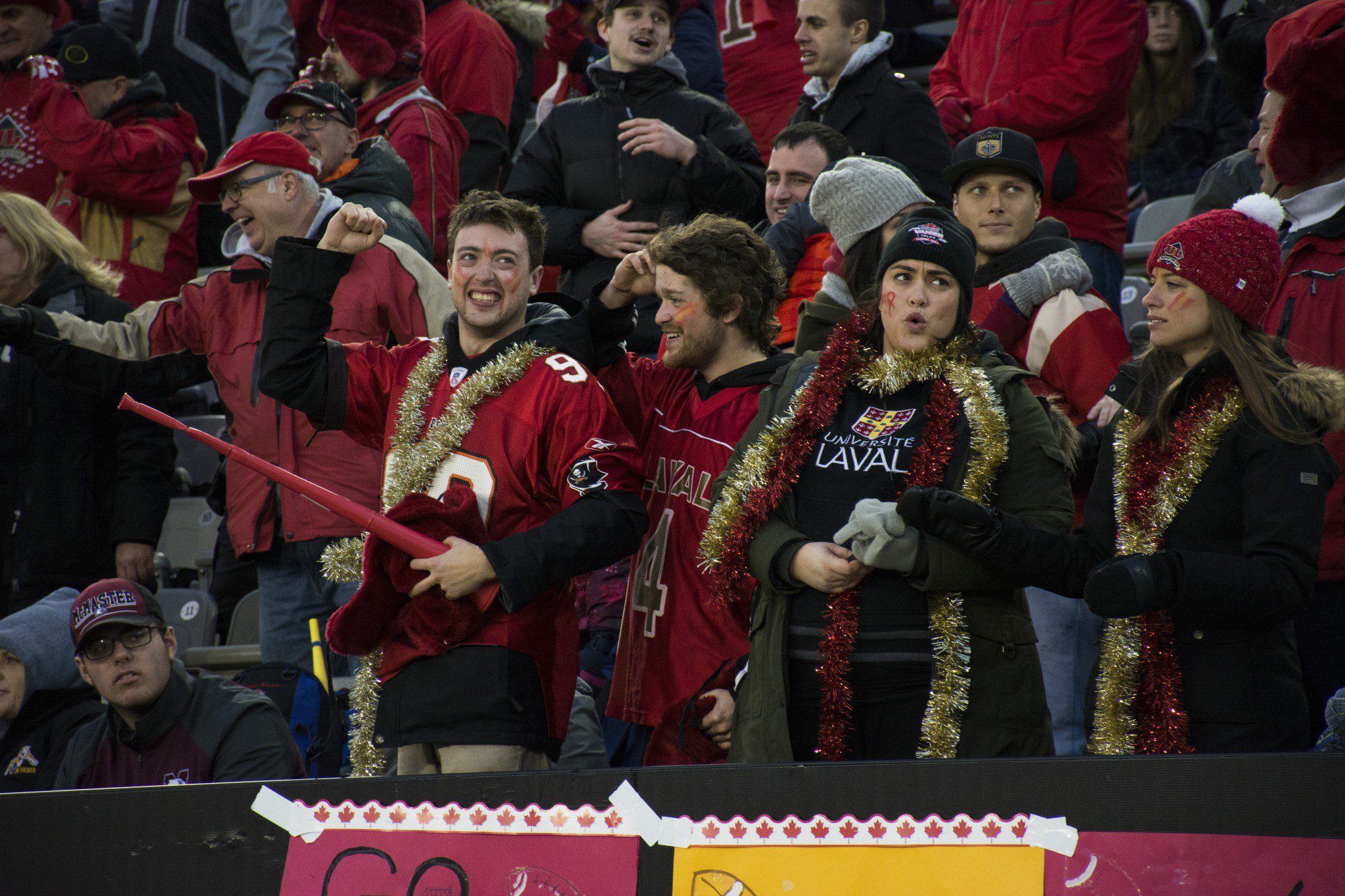 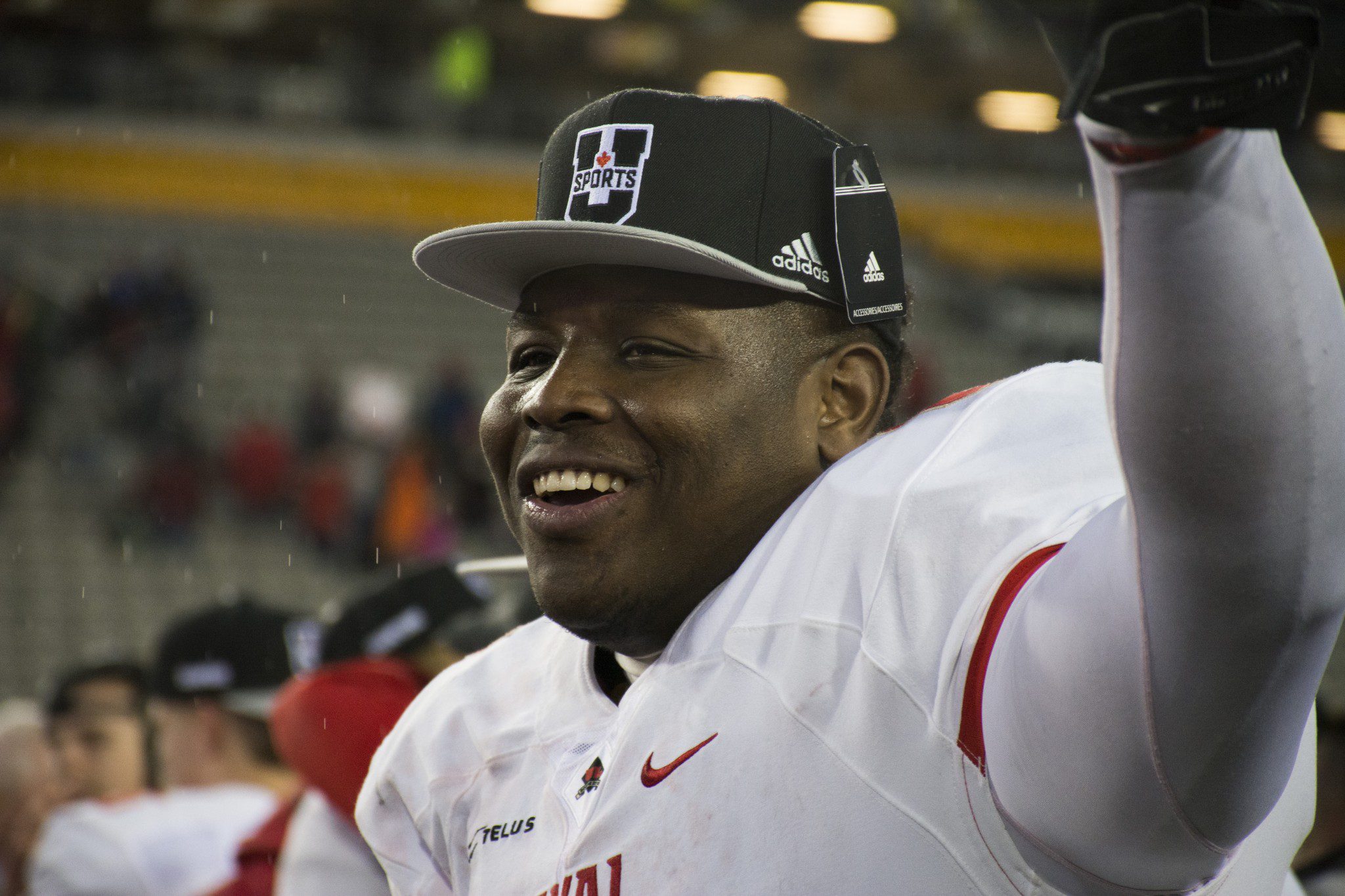 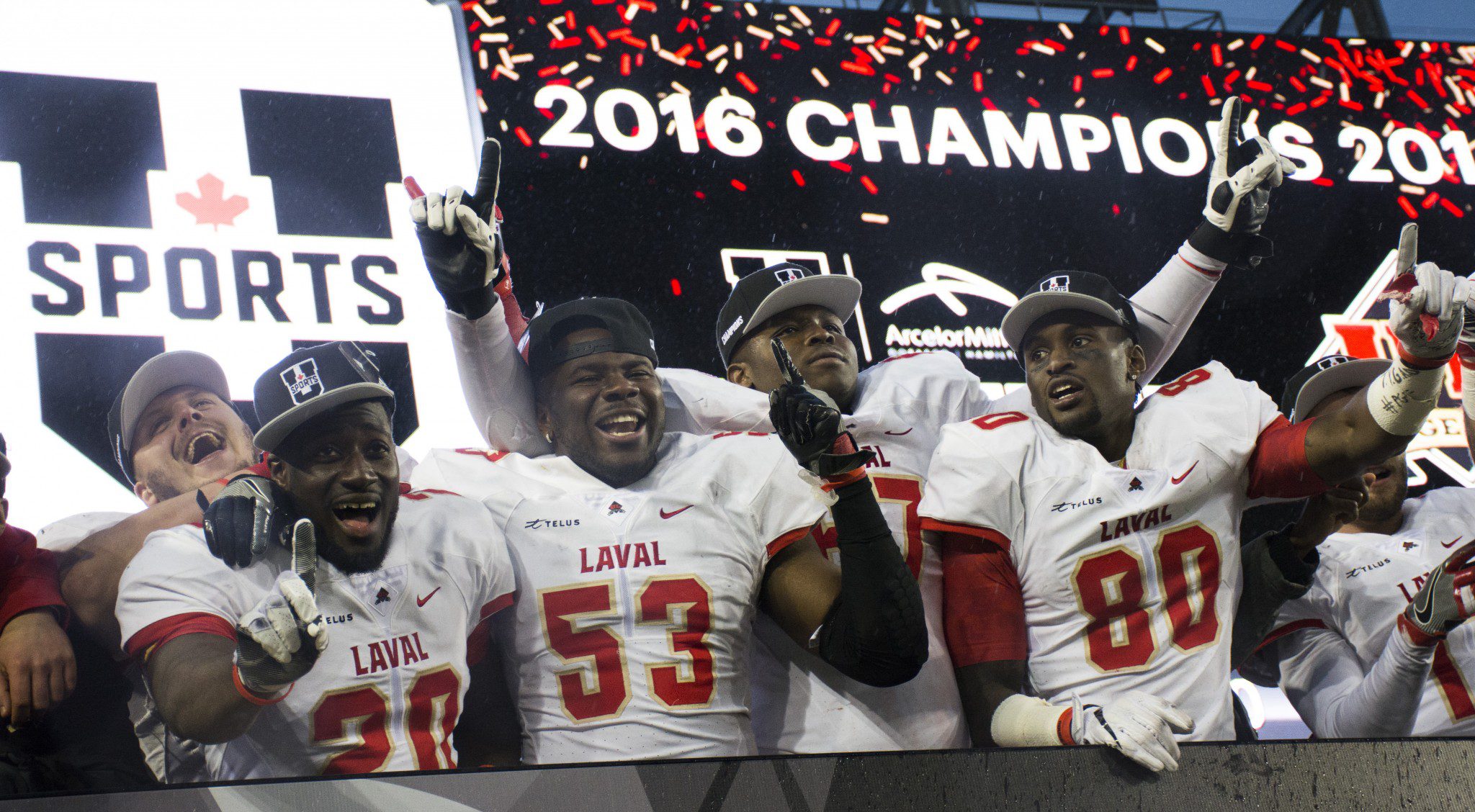 Pre-game, action shots and post-game pictures from the 2016 Vanier Cup in Hamilton, Ont.

The success Laval had in the 2016 season is hardly an outlier. It has been the most dominant football program in the country since the inaugural season in 1996. It took them just two years to get to the playoffs for the first time, and Laval has never failed to qualify since. Laval holds the record for most consecutive Vanier Cup appearances, at four (2010-2013), and with the latest win over the Dinos, Laval broke their own record and the U Sports record for most Vanier Cup wins in history, with nine. It would not be hyperbolic to call Laval a dynasty.

Our Coverage: Behind the Scenes at the Vanier Cup

The 2016 Vanier Cup is the first time the Toronto Observer was granted accreditation to cover the Canadian college football championship. Here is our full game-day coverage from Tim Hortons Field. 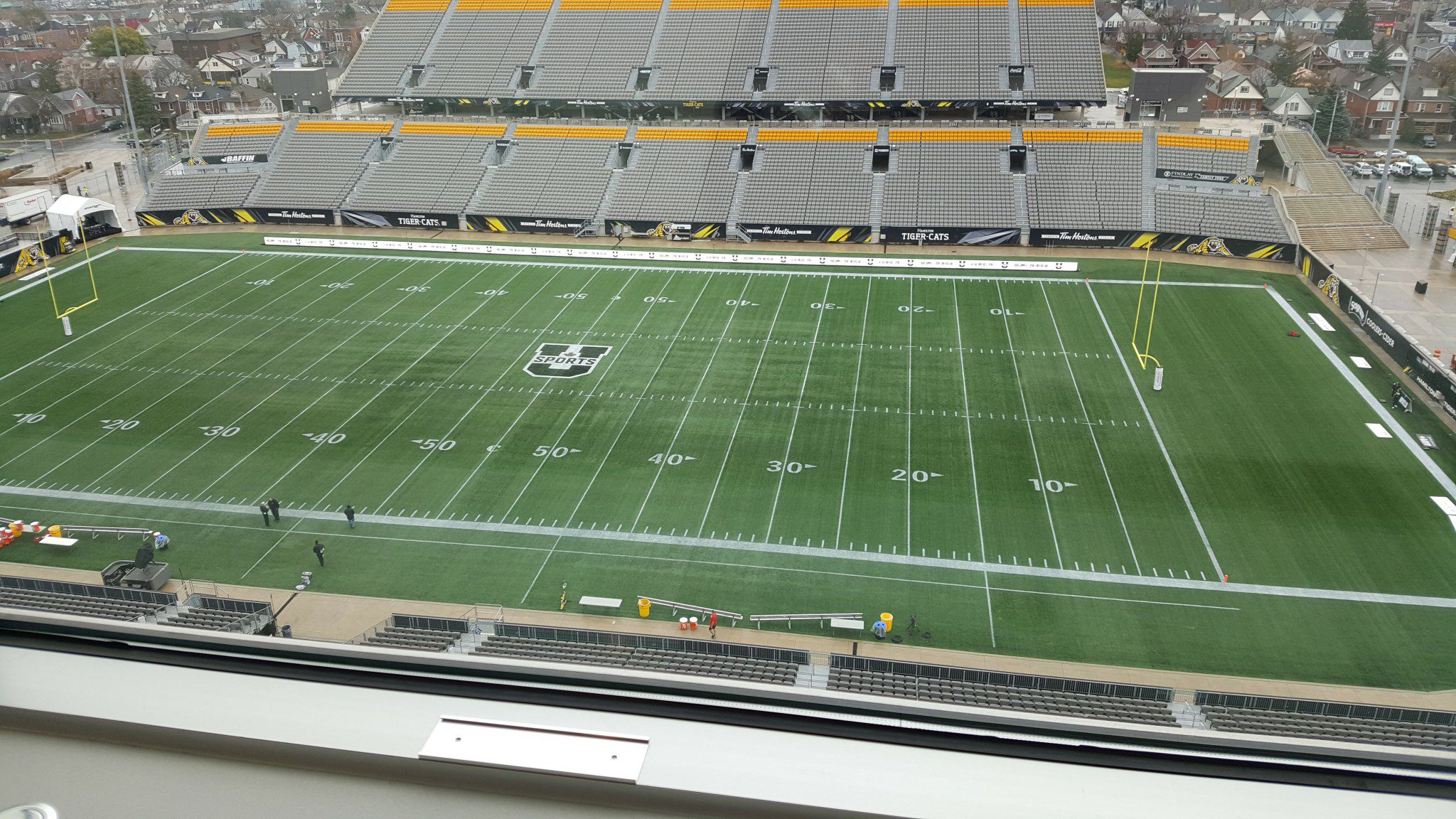 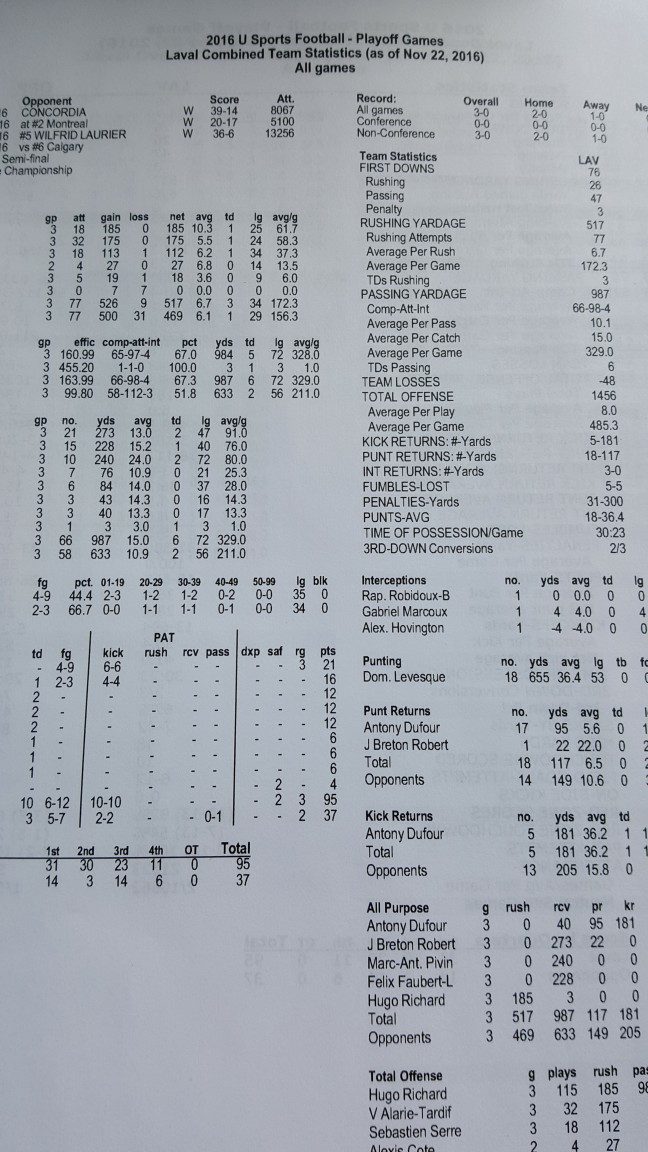 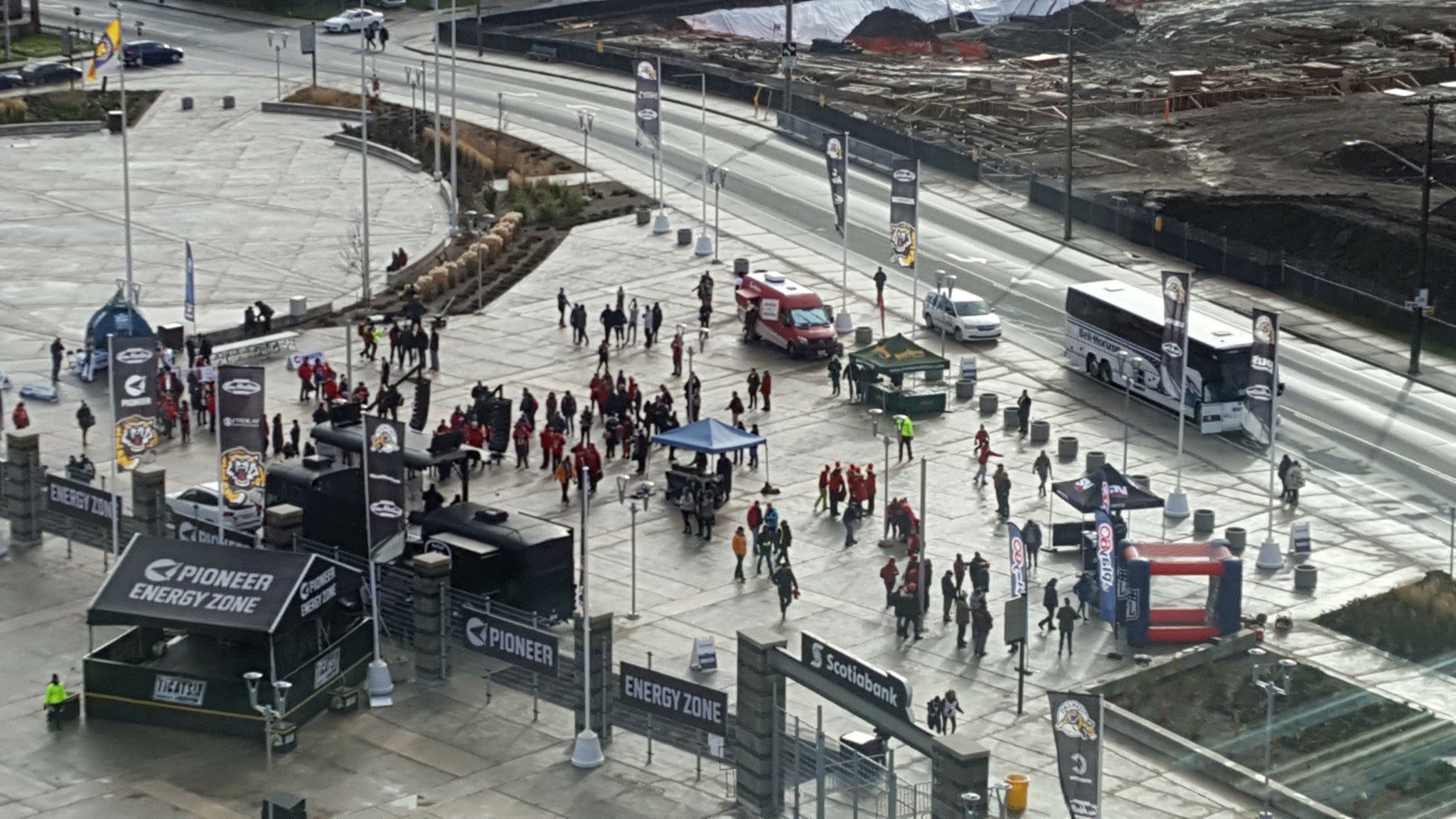 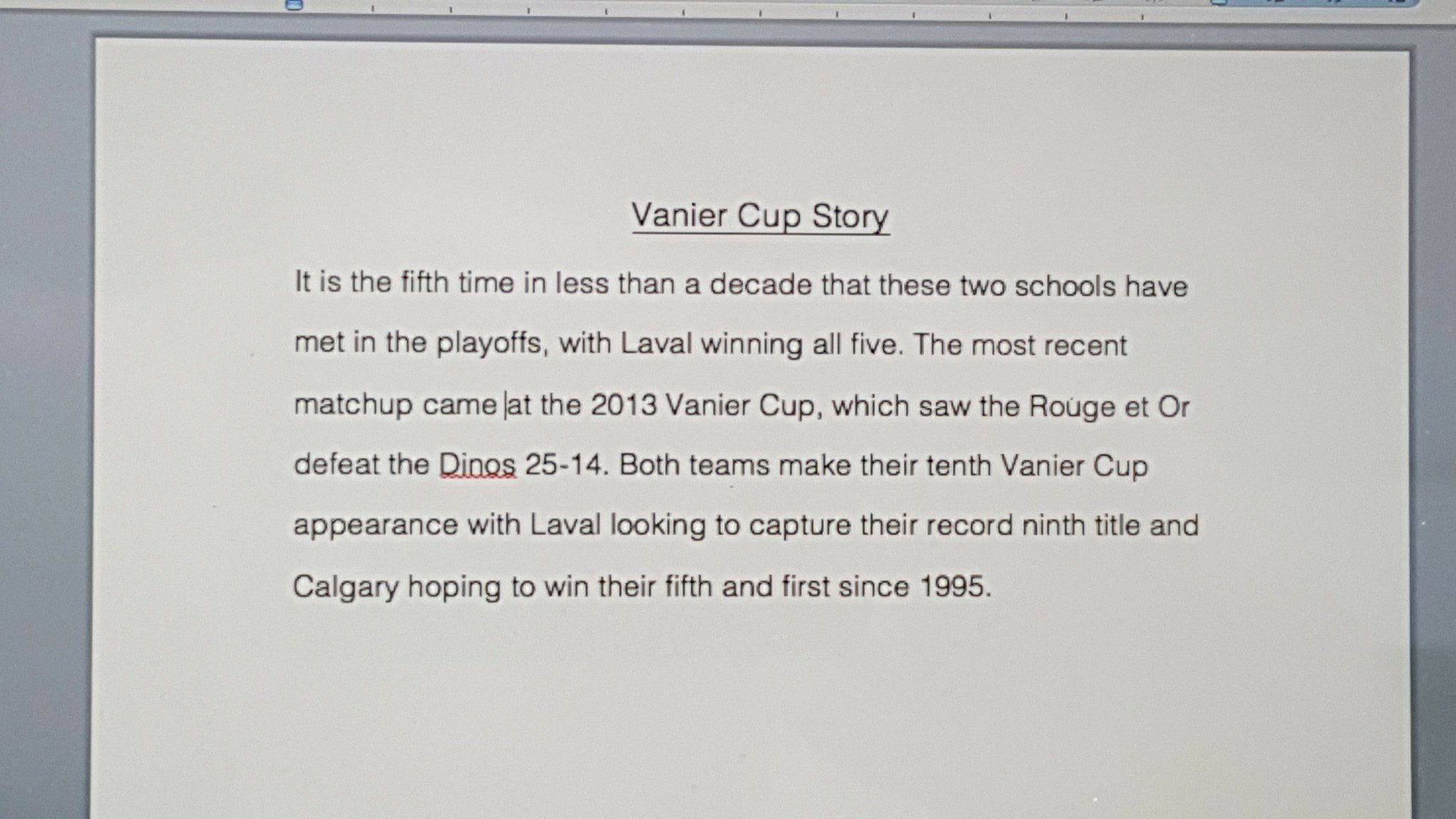 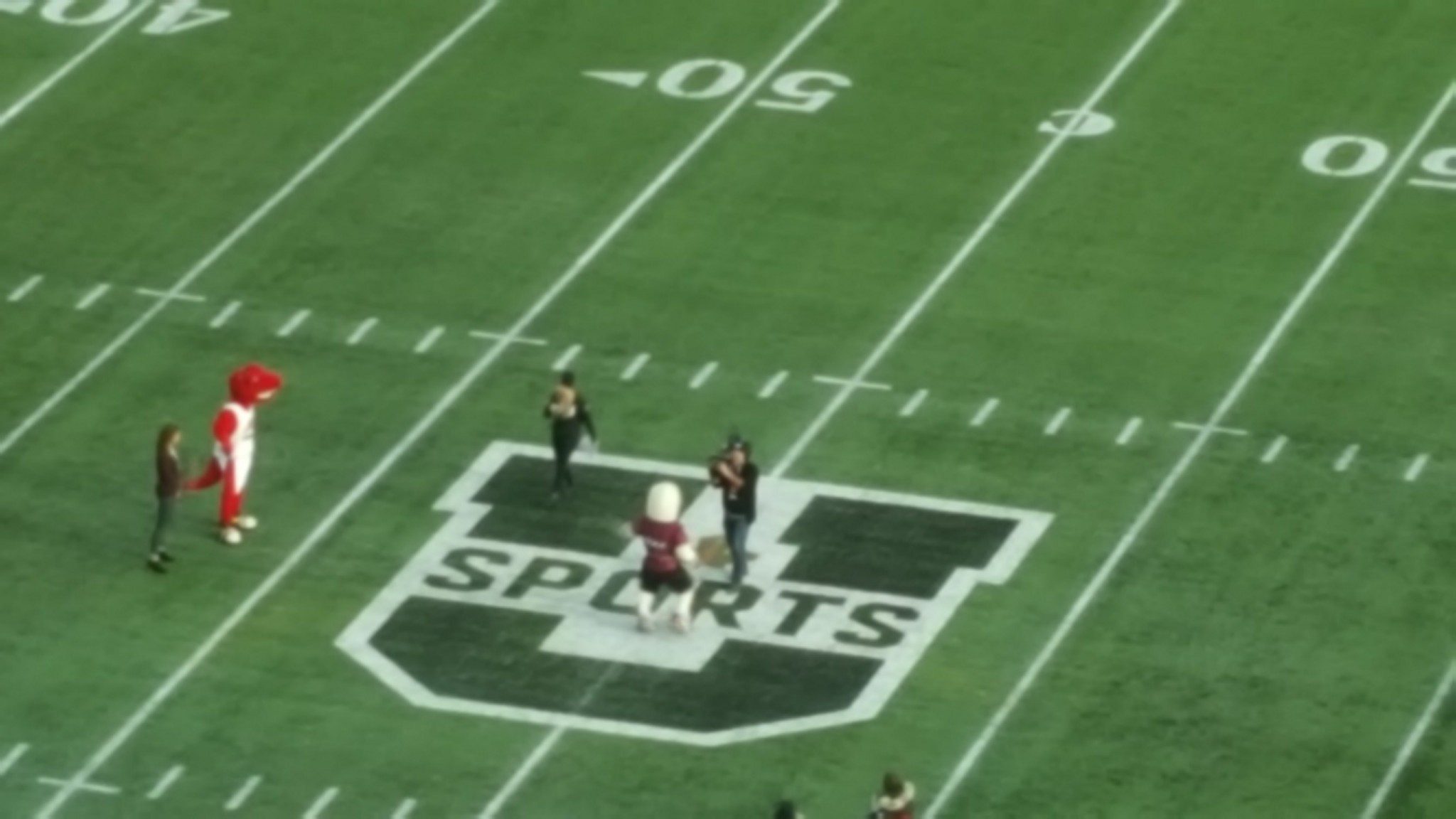 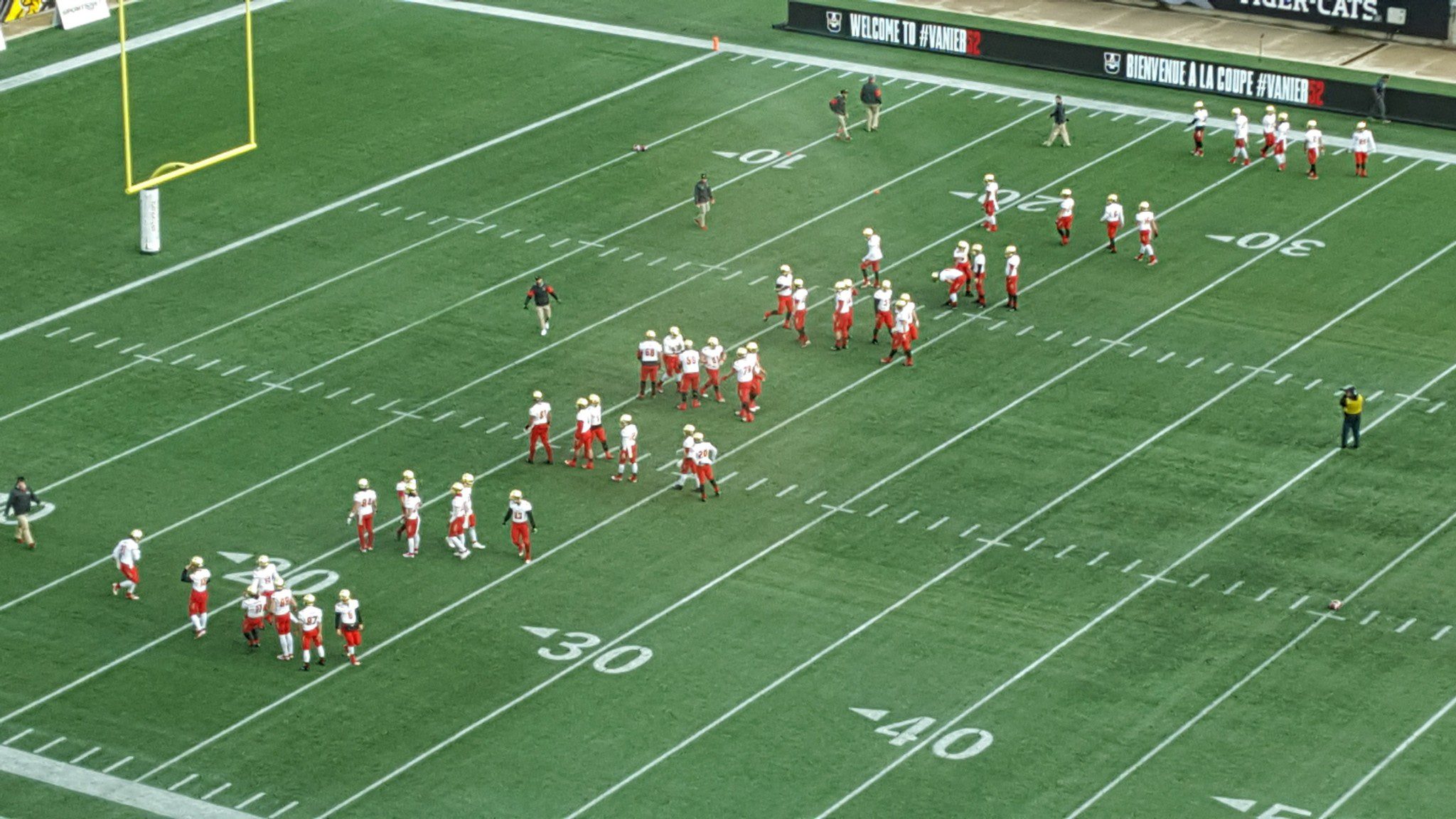 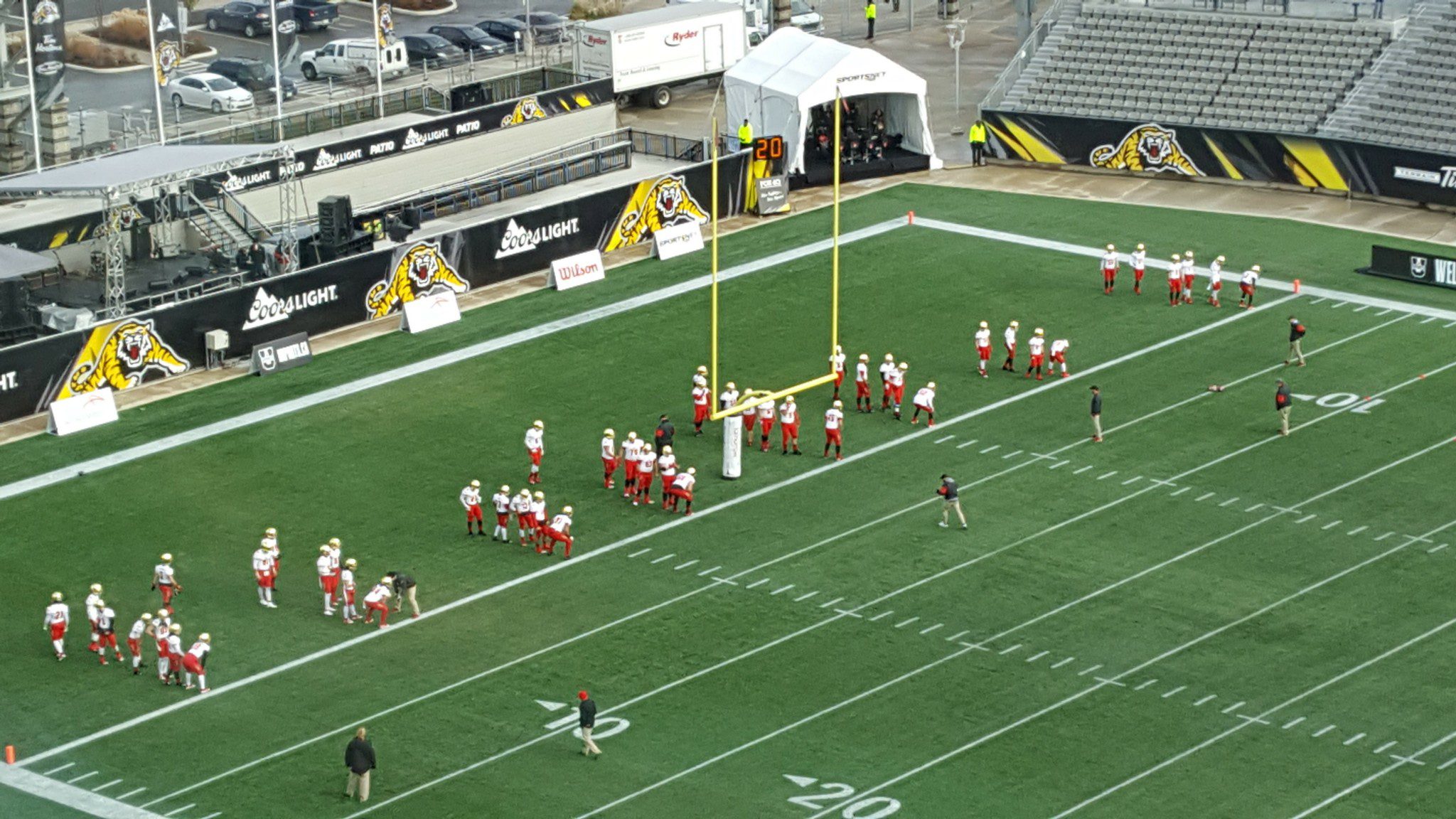 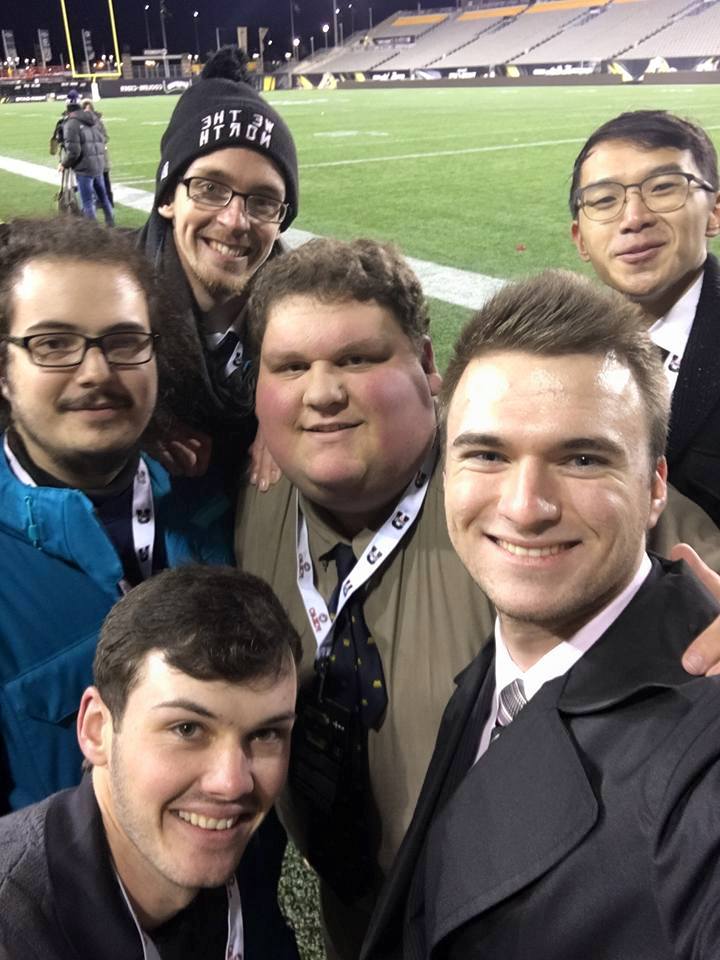 A behind the scenes look at the Toronto Observer's coverage at the Vanier Cup.

The 2016 Vanier Cup failed to reach expectations. The actual attendance was well below the estimated 10,000 tickets sold for the Canadian university football championship game.

U Sports, formerly known as Canadian Interuniversity Sport (CIS), officially launched in October 2016, and the Vanier Cup was supposed to showcase the rebranding. However, the highly anticipated launch was a disappointment, and left a bad first impression for U Sports.

Wow. Another awesome Vanier Cup. Too bad not more interest in such a great game. Congrats Laval.

Sportsnet and TVA were the official broadcasters of the game, but besides them, there was little other media coverage. College football south of the border gets far more attention and coverage. In the 2016 season, Sportsnet only televised four regular season games leading up to the Vanier Cup. Meanwhile, you can choose from a number of U.S. college football games every week.

The turnout was disappointing, but the product on the field wasn’t. The Laval Rouge et Or and the Calgary Dinos put on a show, and in our opinion, the game deserved more viewers. U Sports football features the best players from all across the country, a number of whom will go on to have promising professional football careers. In 2015, there were 199 former U Sports players on CFL rosters.

What needs to be done to get people to support and watch Canadian university football? U Sports needs to market its brand in a way that will attract more eyeballs and support across the nation. Shouldn’t a team that is in the finals host the Vanier Cup? Will Sportsnet air more games next year? There’s much to think about and a lot of uncertainty going forward.

Canadian university football will never compare to college football in the U.S., but it’s time for Canada to support our own product.