Victoria Paikin of Coquitlam, B.C., started her YouTube channel six years ago as a recipe channel, but since she stumbled across mukbangs, her family has joined her in her online shows and they now star in their own mukbang channel. Mukbangs are live, online broadcasts in which a host eats large quantities of food while interacting with the audience. The phenomenon began in 2008 in South Korea and is now gaining fans and practitioners in North America.

When Paikin was doing her research on Korean food history, she came across mukbangs and couldn’t believe what she was watching.

“I said ‘Oh my God, this is exactly what I want to do,’ so I spoke to my family and we said we’d do it together,” said Paikin, in a Skype interview.

Melisha Ratnarajah and Krystal Reynolds of Toronto Observer investigate the growing popularity of online eating videos known as mukbangs. They talk to a Canadian expert. Here is their take on how to host one.

Generally, a mukbang diner eats between 500 to 50,000 calories per meal. The meal can last up to an hour. If viewers are well entertained, they often send money to the host. Some people have reported earning an average of US$9,000 to $10,000 per month from views, allowing them to quit their day jobs.

Paikin’s mukbangs are designed to be more than just an eating show: they’re about showcasing her nontraditional family. About a year ago, in 2015, her son asked why there weren’t many families on YouTube with two moms. Paikin thought a mukbang would be a great way to not only exhibit her love of food but to also invite her 20,000 subscribers to dinner with herself, her wife and their son.

“People like to watch us because of our representation of family,” said Paikin, who runs an online recipe and art card business. “People tend to feel connected.”

I think people are distant from one another even though we live in megacities. I think this brings an old-fashioned warmth, interestingly enough, through a weird medium. Victoria Paikin, mukbang creator 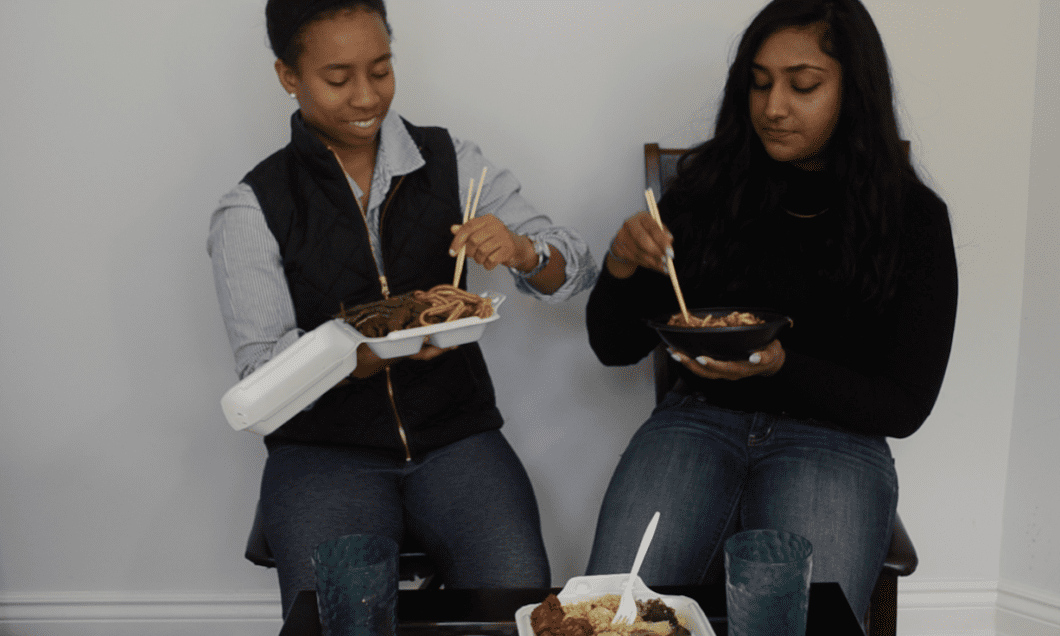 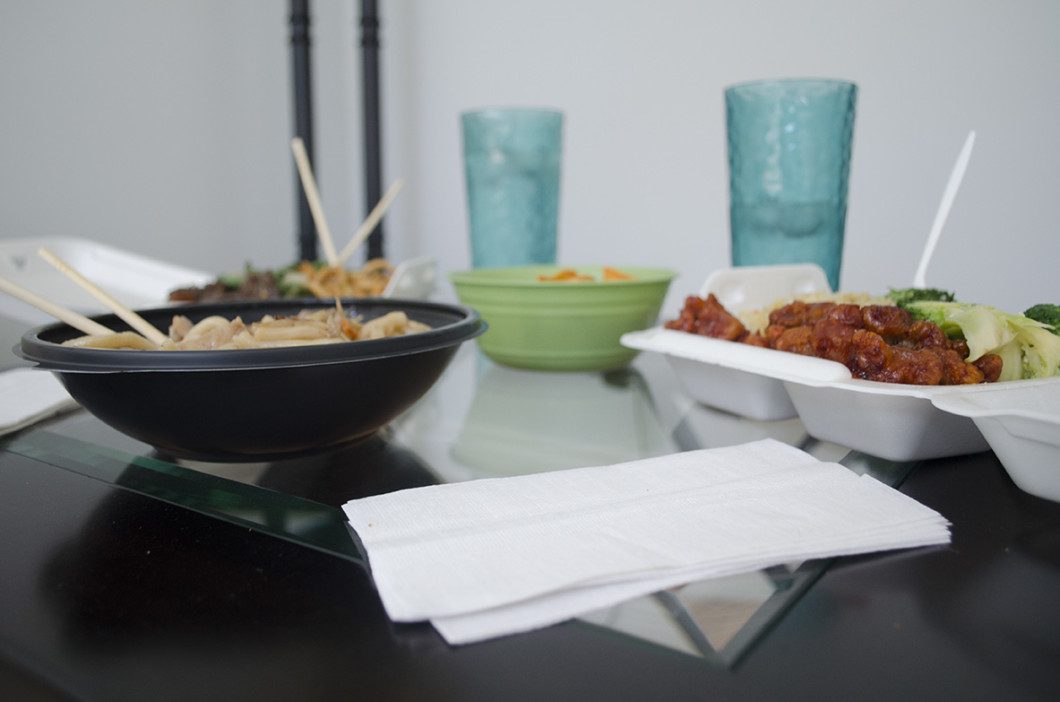 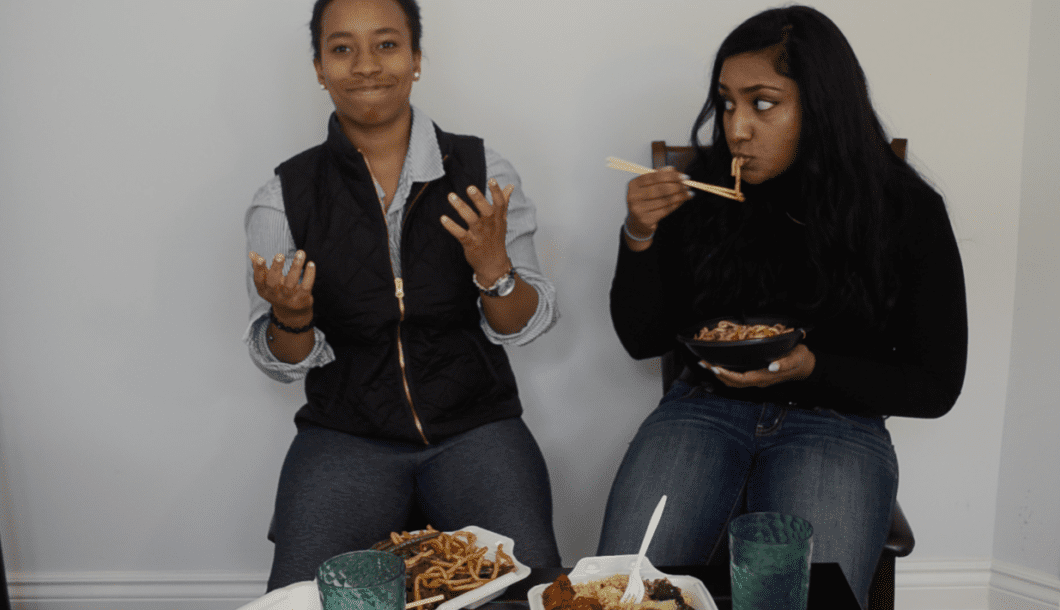 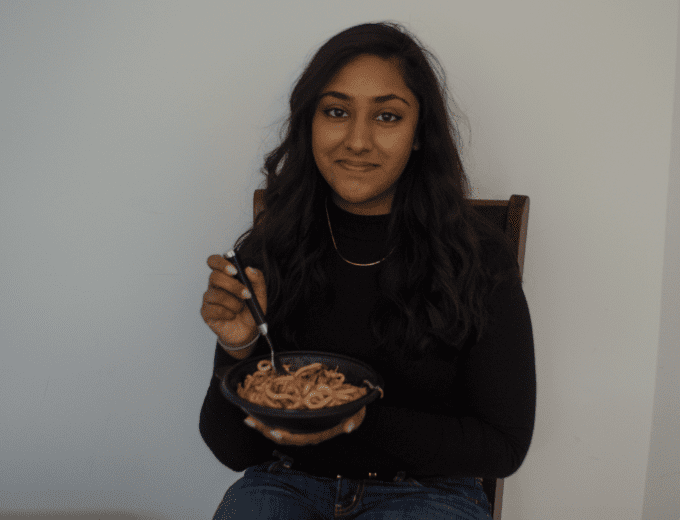 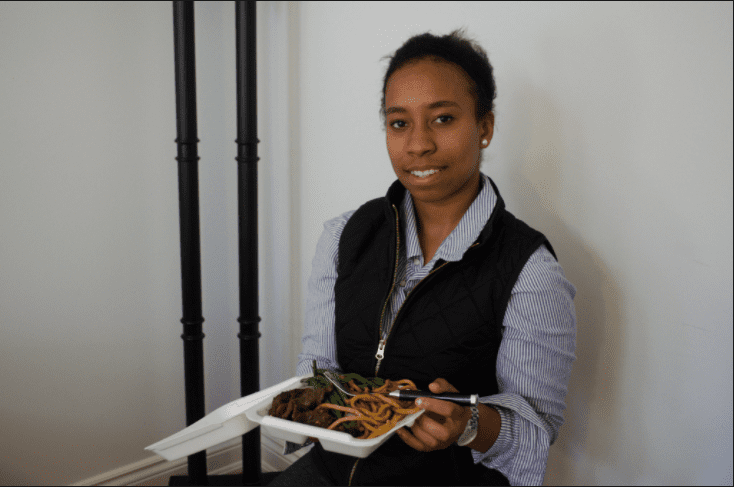 The Toronto Observer's Krystal Reynolds and Melisha Ratnarajah attempt to create their own mukbang video.

Paikin’s channel “Gay Family Mukbang Eating Show” and other Western mukbang channels are definitely different from what is commonly seen in South Korea. The main difference is: talking.

Daina Wang, 23,  has been creating mukbang videos only since April, 2016.  Some of them, such as her “Let’s Eat KFC Mukbang Eating Show” have over 63,000 views on YouTube. Wang, an office worker, has given the Asian phenomenon her own Canadian touch.

“With mukbangs, a lot of the times, people don’t speak, but I noticed that the original mukbangs in Korea had a lot of talking because they are engaging with a live audience. That’s what inspired me to have story time videos,” said Wang, in an interview from her home in Vancouver.

Wang loves doing mukbang videos because it gives her the excuse to eat as much as she wants, but she sets her limits. Wang also works out regularly and creates a video only once a week.

Experts say that is a good strategy, but they warn that hosting mukbangs can potentially damage one’s health. According to Dr. Vera Tarman, the author of Food Junkies: the Truth about Food Addiction, mukbangs are “harmful” and “damaging to the body”. Tarman, a Toronto doctor who runs an addiction treatment centre, worries about the long-term effects which overeating has on the body.

“If people are doing food challenges regularly they are more at risk to develop the compulsion to overeat,” Tarman said. As a self-confessed food addict, Tarman worries that mukbangs will mean people consume even more of the processed food sold to consumers today. “It normalizes bad behaviour towards food, when in fact this is very toxic stuff.”

“I don’t think your body is meant to break down that amount of calories,” said Senior, who runs Athletic Edge Sports Medicine.

Senior had never heard of the mukbang phenomenon but doesn’t think these fall into the category of binge eating disorders, because they are done for fun.

“Binge eaters basically conduct such activities on a regular basis,” Senior pointed out.

Women are generally the main demographic in terms of mukbang viewers. Many who are on diets watch mukbangs to curb their appetites, Wang said. Mukbangs can also serve to do more more than satisfy physical hunger.   For Wang,  the virtual connections and relationships that get built online are just as important.

“When I talk about my day or trips, it is great getting feedback from people,” she said. “When they reply to what I’m talking about it definitely makes me feel really happy because ‘Oh my God, you’re actually listening to me and interested in my stories.’”

Paikin received a comment from a viewer that stands out for her, to this day.

“’I was so alone, and now I have someone to eat with’,” Paikin recalled, describing her mukbangs as providing a public service. “I think people are distant from one another even though we live in megacities. I think this brings an old-fashioned warmth, interestingly enough, through a weird medium.”